Weather Up is your window into current weather conditions. See layers of weather info right on the map, with forecast data available at a glance. The list lets you quickly check the weather in all your favorite locations. All the weather info you need: • Event Forecasts let you keep tabs on the weather for upcoming calendar events • Hourly and 10-day forecast • Weather map with radar, clouds, and lots more • Beautiful, easy to understand icons for all weather conditions • Notification Center widgets to quickly check the weather Weather Up doesn’t overload you with info or waste space. It shows you everything you want to know and gets out of the way, so you will be prepared, whatever the weather. Designed to be simple, powerful, and beautiful: • See current conditions in all saved locations at once • Switch locations in two taps • Share the forecast and map easily • Choose icon styles that make the app your own Information about Weather Up Pro subscriptions: - Monthly and Yearly subscriptions are available. - Payment will be charged to your iTunes account at confirmation of purchase. - Your subscription will automatically renew unless auto-renew is turned off at least 24-hours before the end of the current subscription period. - Your account will be charged for renewal within 24-hours prior to the end of the current subscription period. Automatic renewals will cost the same price you were originally charged for the subscription. - You can manage your subscriptions and turn off auto-renewal by going to your Account Settings on the App Store after purchase. - Read our terms of service and privacy policy for more information. Terms of Use: http://help.contrast.co/hc/en-us/articles/115001270251-Terms-of-Use Privacy Policy: https://www.iubenda.com/privacy-policy/8201652 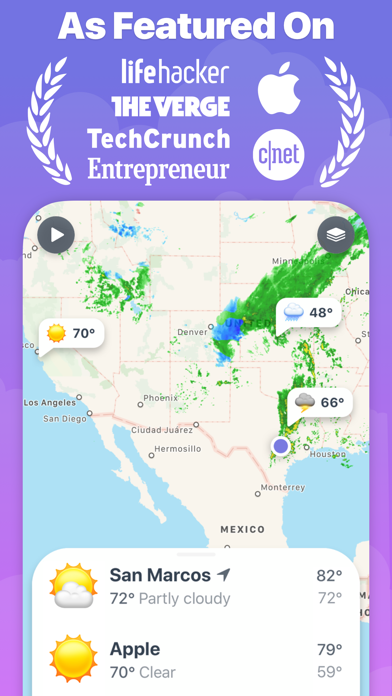 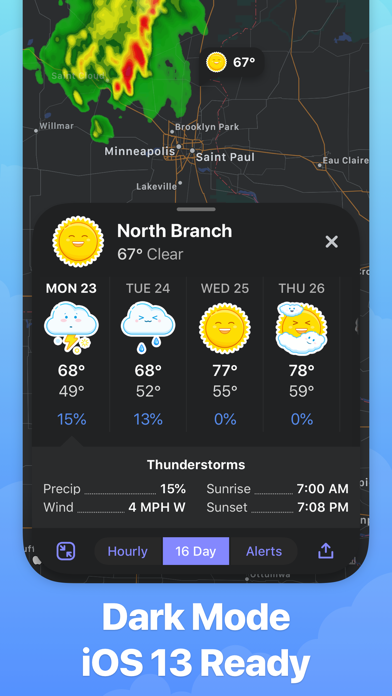 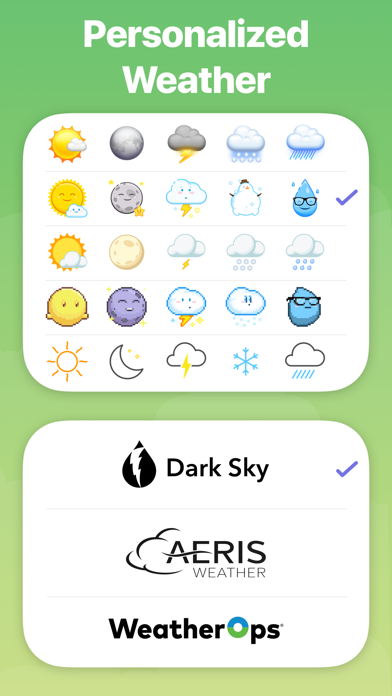 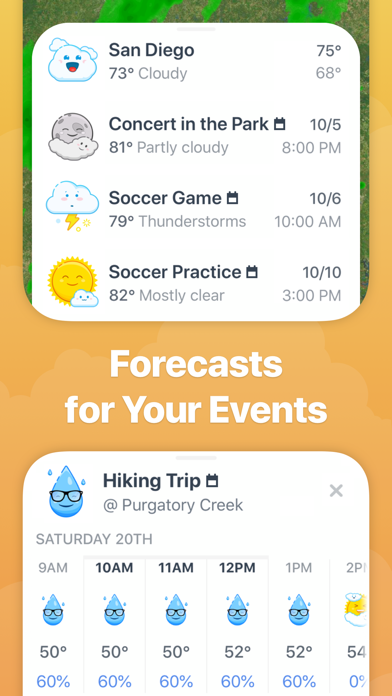 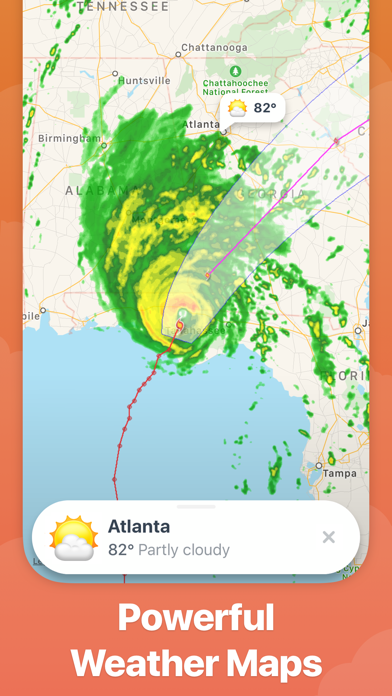 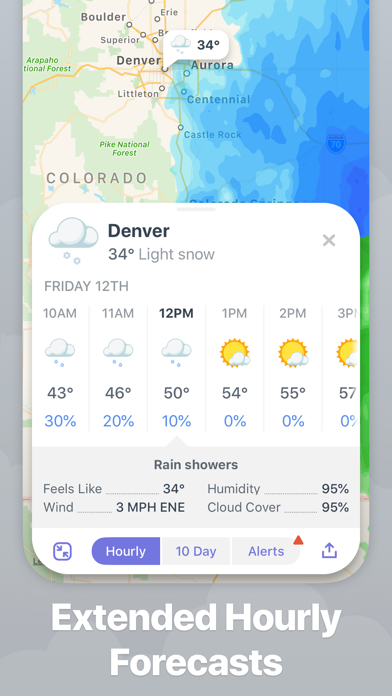 I found this to be helpful and friendly to use. I like all the features and I am a lifetime member.
By CAPFlyingFun

This is a great app!! It shows the radar + weather + 10 day weather forecast!!! You can choose what your icons look like. Honestly, I really recommend this app. I have used it for a really long time now and that is for sure.
By SmxrtBxtton

Has Great Potential, Needs an Update

I have used this weather app for years now and I really do like it. There is simplicity to it while also having a lot of quality features and good flow to it. I think the Map UX is really clean and its nice to see multiple places at once that you have marked. I have contemplating upgrading to the paid subscription but this app has not been updated in over a year! That means no Widget support yet, no new features, and no consistent updates to ensure everything works smoothly. If Weather Up adds iOS 14 Widgets and more app updates, I think more people would gladly pay for “Pro”. Until then, just another seemingly abandoned app.
By Lost-In-Space-Guy

This app’s temperature forecasts are consistently 5-8 degrees too low for my location. Something seems wrong with their database. I reported the problem but they say they can’t fix it??!! Also, what’s with the pop-up slot machine game? - all I want is the weather, not a bunch of irrelevant nonsense! The DarkSky app is much better - almost always accurate for my location and no nonsense.
By Tompurk

Been waiting on an iOS 14 to no avail. App seems dead. Shame too.
By Cerbberuss

It troubles me that the city I live in is spelled incorrect on this app it should read Poinciana, Florida). And for that reason I can only give this app 3 stars
By Back by interior design

Dev shop has a history of abandoning apps - dishonest devs

It’s sad to see yet another app be abandoned by this dev shop, as Weather Up hasn’t received a single update in well over 18 months. I purchased Perfect Weather from this same dev shop (went by another name then), which they also abandoned after a couple of years. Dev “producer” or whatever he calls himself (doesn’t write a single line of code) is always complaining about how poorly Apple treats devs, yet his dev shop has a history of disrespecting paying customers by abandoning apps. I was reticent to subscribe to this app, as I feared it would stop receiving updates. It’s irresponsible to stop updating an app that you charge a subscription for. Just imagine those who purchased a “lifetime” subscription and haven’t received a single update in more than 18 months. This app deserves zero stars.
By jfh_007

Why is there no widget support 😩
By spotifypls

A nice app to have to keep you updated on the go, the app also has a nice map and 10 day forecast
By Sunny Chip Model