Get the best Cape skins for Minecraft PE (Pocket Edition)! You can change your skin to one of the cool capes skins anytime you want. Features: - Lots of cape skins - Easy to find skins - Add skins to favorites - Save directly to your camera roll Note: - These are only cape skins and not actual capes for Minecraft PE. - Not everything is free in this app, it requires IAP to unlock content. Disclaimer: This is an unofficial skin app for the game, Minecraft. This application is not affiliated in any way with Mojang AB. The Minecraft Name, the Minecraft Brand and the Minecraft Assets are all property of Mojang AB or their respectful owner. All rights reserved. 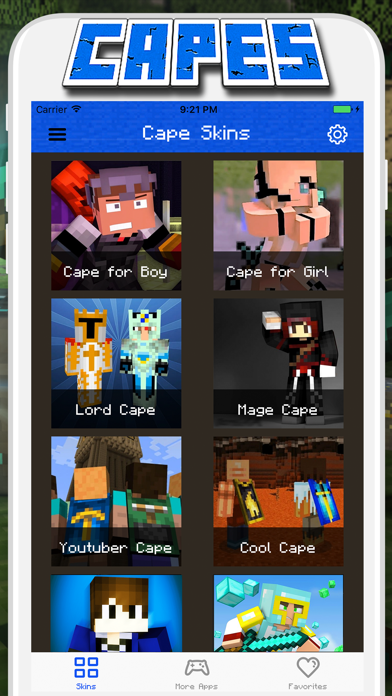 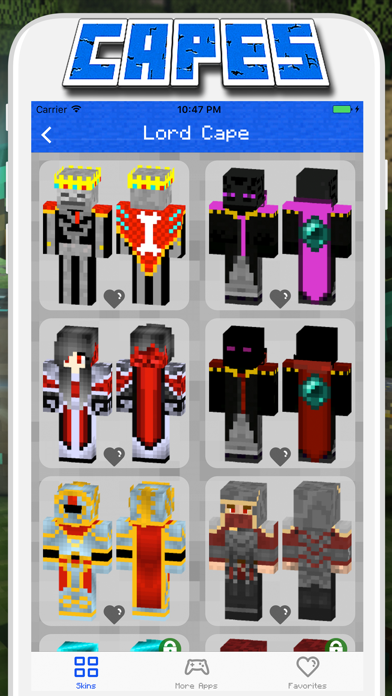 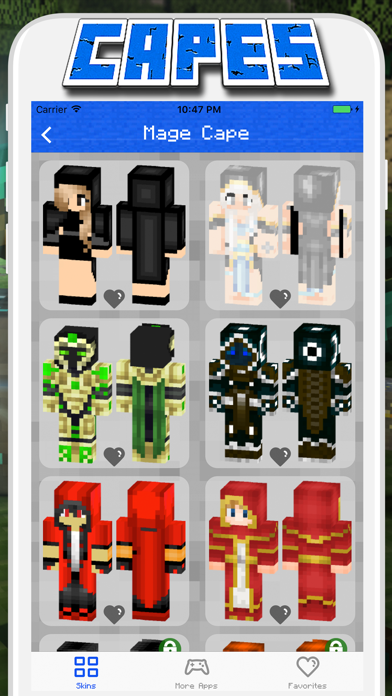 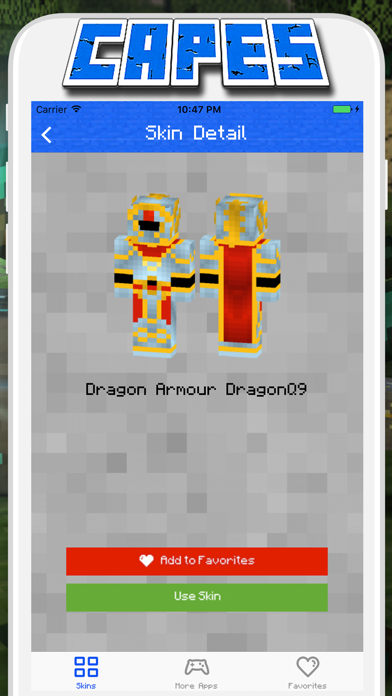 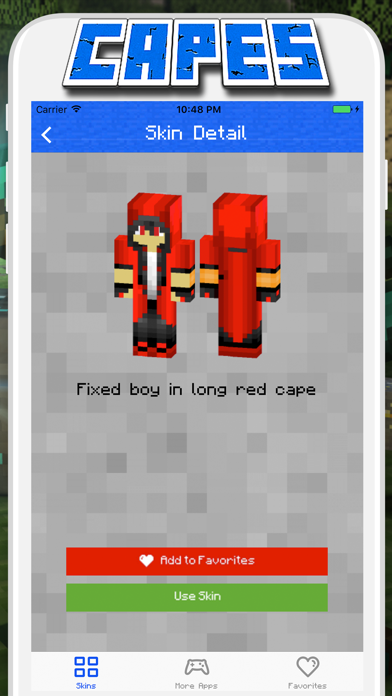 i what a cape so i got this and when. I did it i did not get . A cape through app is trash
By ffyfgiuhggh

It is just ugly skins
By Ilovemughans

Do not get this app

DO NOT BUY THIS

I got this app thinking I can’t wait to get a cape but it only has skins and you have to pay for most of the skins. I eventually tried to get one but if you try to get in a Minecraft game it kicks you out and says “invalid skin id”
By Lgperez505

You can’t even put the skins into Minecraft pocket edition :( Also your paying for nothing plz fix :( ty
By toothless(girl)❤️

These are skins not capes

All these are are skins with capes on them not REAL Minecraft capes and I have to pay for it? Nah
By TaylorPlaysTT

ONLY SKINS NO CAPES
By Lone wolf boi

Do buy it
By jomammaboooooi

It’s fake it was just skins with fake capes. When nether update came out I wanted new skins but this is just fake
By Karakteristikz