*** TRY THE BEST GIRL SKINS FOR MINECRAFT PE (Pocket Edition) ! *** Girl Skins for Minecraft PE allows you to choose and apply a skin to your Minecraft character for free with just the touch of a button! Get the best skins,every day.Collect your favorite skins. Go ahead and give it a try! You will be surprised with the high quality Girl skins we have hand-prepared for you. This application does use the internet, so please be aware of your data usage. This is an unofficial application for Minecraft Pocket Edition and Minecraft for PC. This application is not affiliated in any way with Mojang AB. The Minecraft Name, the Minecraft Brand and the Minecraft Assets are all property of Mojang AB or their respectful owner. All rights reserved. In accordance with http://account.mojang.com/documents/brand_guidelines 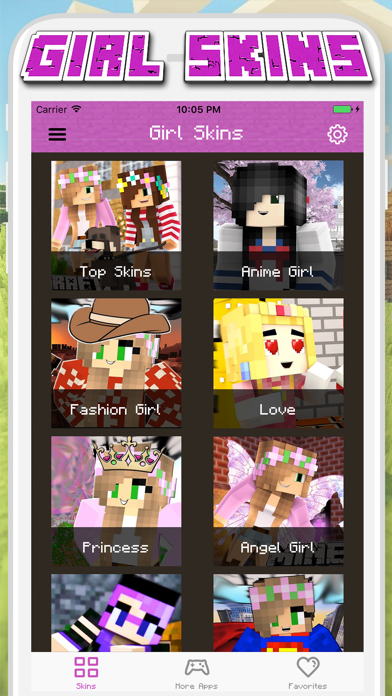 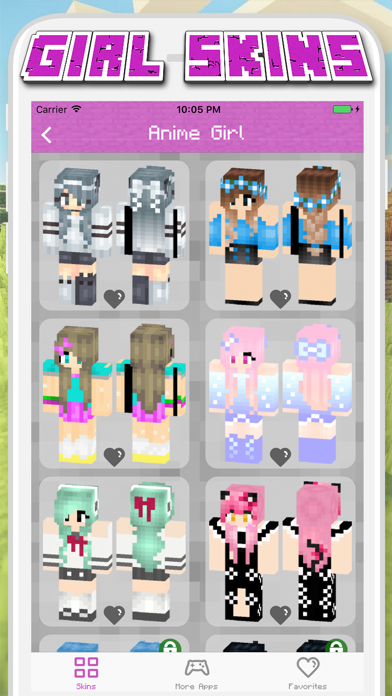 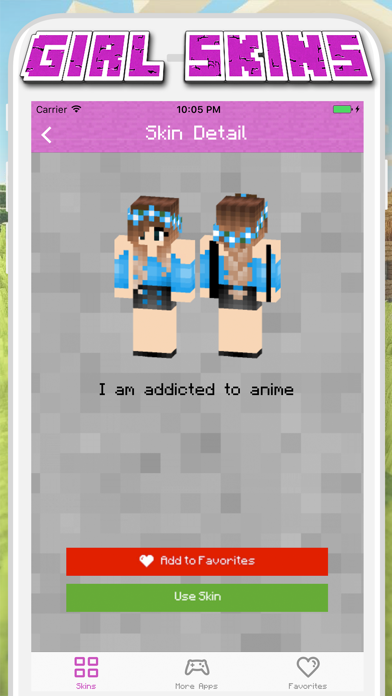 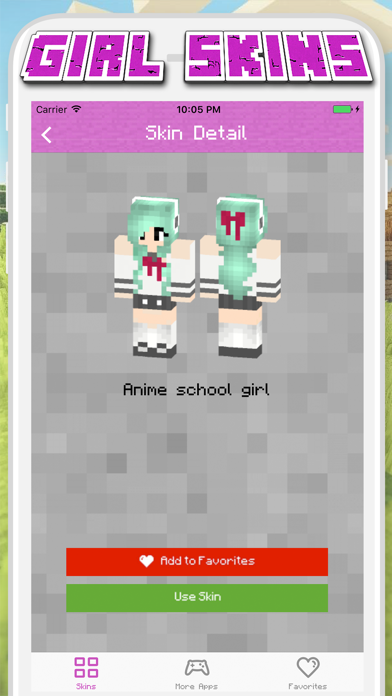 This app... I just don’t like it. Almost ALL of the skins are locked, and you have to pay for them, which is not what I was expecting. Overall, I don’t recommend
By MatildaJannetta

You first find out that most of the skin are locked and then you buy them right? Wrong there unlocked but you can’t use them in the game. It’s just a big scam! I would not recommend this to anybody who does not want to be scammed.
By buttercookie15423

I really really love this app❤️❤️❤️❤️!!!!! I only rated it 4 ⭐️⭐️⭐️⭐️ because I don’t like that you have to pay💵for the locked🔒 one’s.... but I had 3 other Minecraft skins apps and I had to delete them all because the ads were sooooo stressful!!! But with this app THERE ARE NO ADS!!!!!!!!!!!!! I am so so so happy their are no ads because ads are stressful. But the skins are awesome❤️!! But as I say again I wish there weren’t locked🔒skins. All the pretty skins are locked 🔒and I wish they weren’t. But overall AWSOME APP❤️🧡💛💚💙💜💖!!!!!! I totally suggest it😁😁
By manny flag for life

I’m just writing this because...

I just wanted to mention that the cover or main image is a picture of Aphmau in her bathing suit from Mystreet. They did not make the skin you see on the front and they stole it from Aphmau
By Regicidal Maniac

Eh not the best thing ever 💔

I’ve had this app for almost 4 years now just to look at the skins, but the thing is that I press ‘use skin’ and I go into Minecraft PE and I won’t let me use the skins.. I tried and it either doesn’t save or it says “that’s not a Minecraft skin silly!” Please fix this because overall this is a really good app with some really cute skins but I just really want to use them! Another problem with it is that I hate how there is only a certain limit to the skins you can use.. The others are locked and it kind of annoys me because the really good skins are locked.. I really love this app, trust me but it’s got some flaws I think you should fix.
By memezrme

I noticed someone is looking at you through your phone when you run the app. I see a red record light that’s really small pop up :/ Don’t download because they can steal your information as well ..
By design_chick

So I download this app and the skins were so cute but when I tried to put them on I was invisible literally invisible. And there are so many locked ones and they were showing different apps I tried those two and they didn’t WORK so please don’t download this and these skins are ripped off
By Annie Maria Pearl