By World of Wonder Productions

WOW Presents Plus is the only streaming service featuring Werq The World, UNHhhh with Trixie and Katya, and hundreds of other World of Wonder originals, documentaries, specials, and LGBTQ+ programming. To access all features and content you can subscribe to WOW Presents Plus on a monthly or yearly basis with an auto-renewing subscription right inside the app.* Pricing can vary by region and will be confirmed before purchase in the app. In app subscriptions will automatically renew at the end of their cycle. * All payments will be paid through your iTunes Account and may be managed under Account Settings after the initial payment. Subscription payments will automatically renew unless deactivated at least 24-hours before the end of the current cycle. Your account will be charged for renewal at least 24-hours prior to the end of the current cycle. Cancellations are incurred by disabling auto-renewal. Privacy Policy - http://www.wowpresentsplus.com/privacy Terms of Service - http://www.wowpresentsplus.com/tos 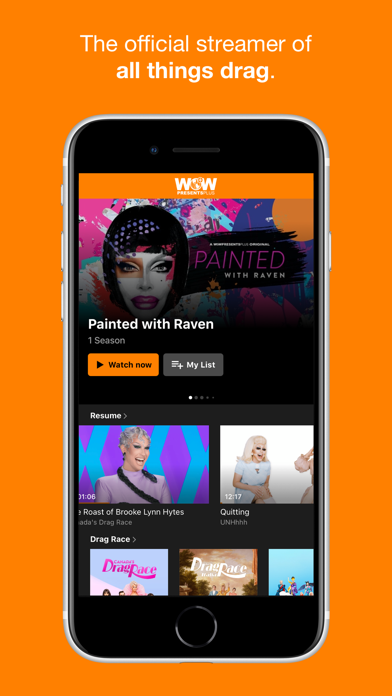 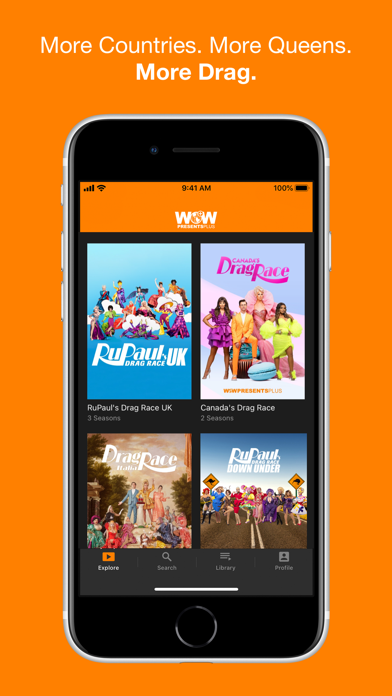 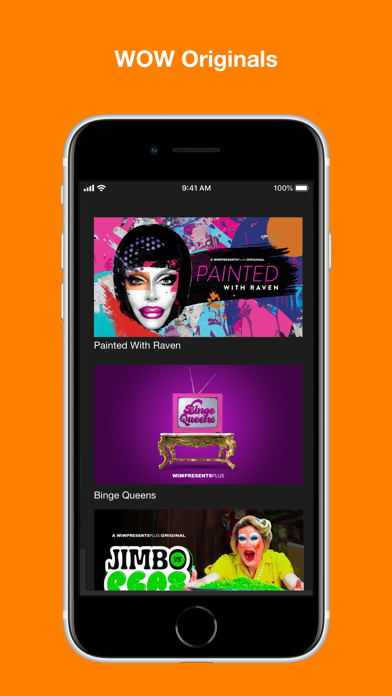 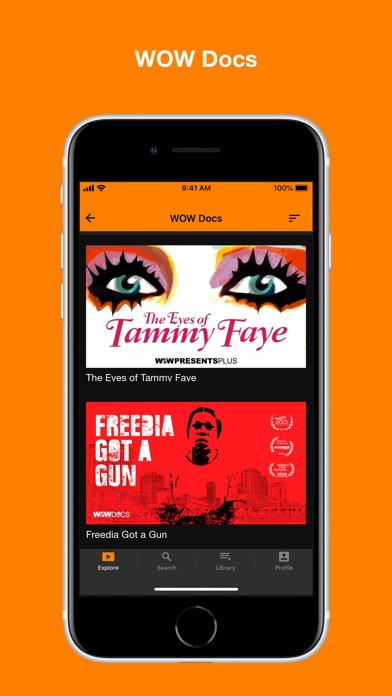 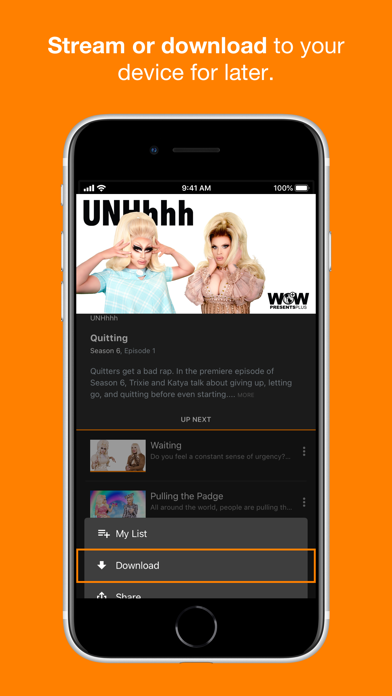 We love the service, but it’s an outdated app. Also, captions do not work on Apple TV or Roku. Symbols appear instead of the captions.
By Northwest Ohioan

Love the content, but video playback on my laptop is always stop n go. Netflix plays a whole movie with no jumps but Wow can’t play an Unhhh without stopping.
By Bridget on an iPad

No Up Next integration, terrible for finding new episodes

It’s 2022 and this is one of very few streaming apps that doesn’t integrate with Up Next in the TV app. Contact support about it and they don’t even understand what you’re talking about. And finding new episodes of anything you watch is such a mind ending it miserable experience that the lack of integration is torture.
By romkey

I have subscribed to WOW Presents Plus and have had the app on my phone and Roku for 3+ years. It still is and always has been the most reliable streaming service I subscribe to. Episodes are NEVER late or glitchy, and everything about the interface is easy to use. The subscription cost is worth it to support Trixie and Katya without censoring alone, but the fact that all of the full episodes of the non-American Drag Race franchises are there makes it a crazy good price and so worth it. The episodes also have captioning available right away, which is very accessible. Its unfortunate that regular drag race isn’t available as I would be willing to pay more per episode/season if US Drag Race was on WOW+ since it’s so much more reliable for on-time uploads than Amazon, Netflix, or Hulu.
By dmcaitlin

I absolutely love all the shows. The problem is the shows won’t load or time out. I use my Samsung TV, Apple TV, and IPad all with similar issues. After deleting and redownloading the app still has issues. Not to mention it’s hard to brows shows. If the app worked better I would consider getting another years worth
By ta2dragon

This is the best streaming service
By Brian W

Great it works simply which is really nice
By Evanbaker

How else will you consider yourself a super fan? Download today. 😚
By Huey4mNash

More by World of Wonder Productions

By World of Wonder Productions