Welcome to Gardenscapes! Rake your way through a storyline full of unexpected twists to restore a wonderful garden to its former glory! Embark on an adventurous journey: beat match-3 levels, restore and decorate different areas in the garden, get to the bottom of the secrets it holds, and enjoy the company of amusing in-game characters, including Austin, your butler! What are you waiting for? Build your dream garden! The game features: ● Unique gameplay: swap and match, restore and decorate the garden, and enjoy a novel storyline—all in one place! ● Hundreds of unique match-3 levels ● Dozens of in-game characters you can make friends with ● A lovely pet that is always there to cheer you up ● An in-game social network you can use to keep up on all the latest ● Different areas in the garden with unique structures: broken fountains, mysterious mazes, and many more ● A community that comes first—become neighbors with your Facebook friends! Enjoying Gardenscapes? Learn more about the game! Facebook: https://www.facebook.com/Gardenscapes Instagram: https://www.instagram.com/gardenscapesofficial/ Twitter: https://twitter.com/GSNewAcres Questions? Contact our Tech Support at gardenscapes@playrix.com 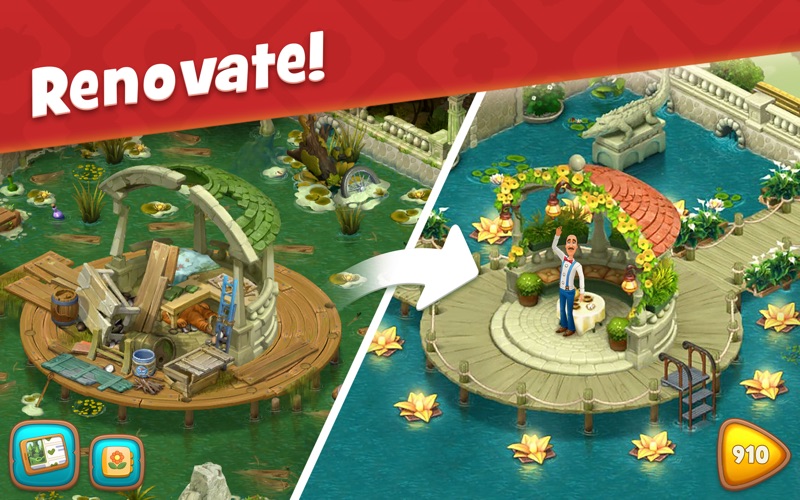 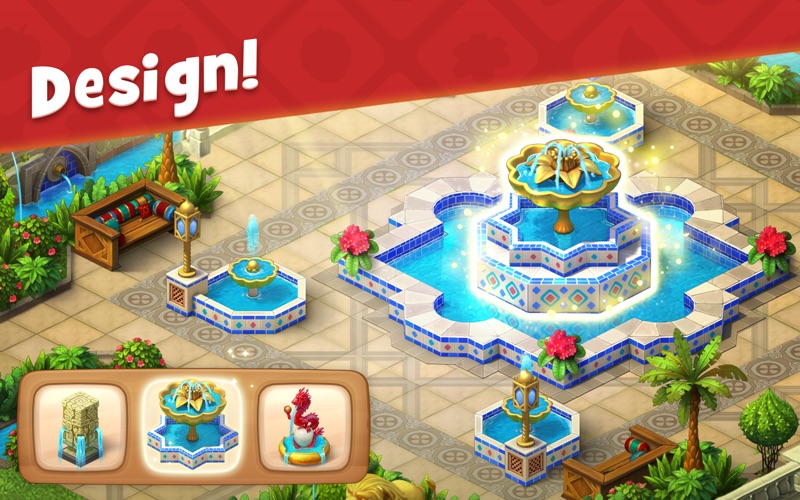 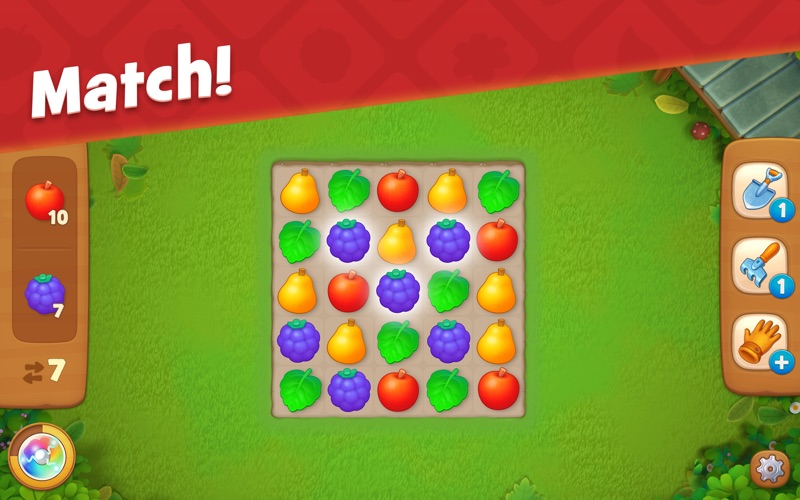 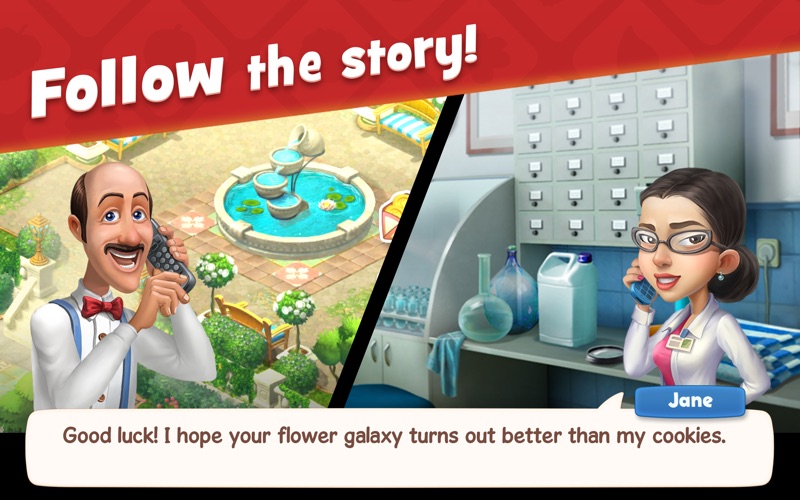 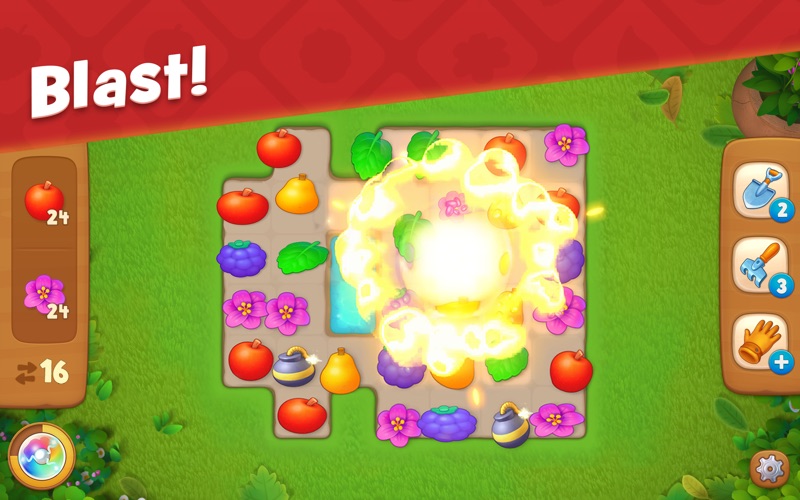 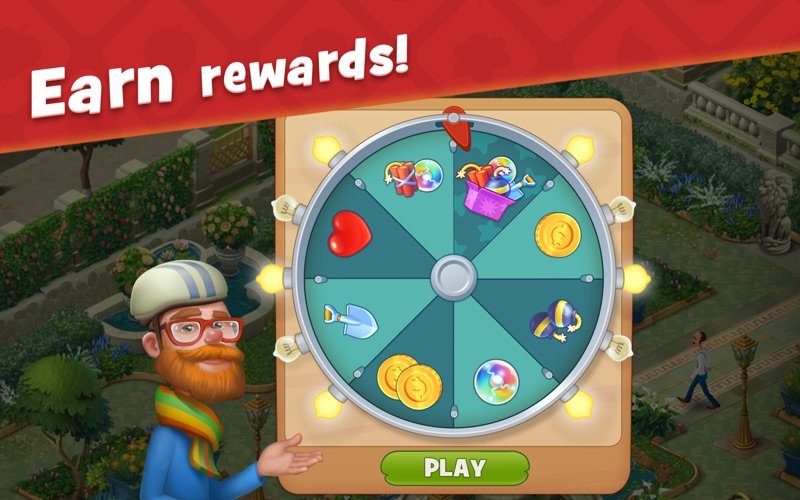 They offered us an opportunity to earn a ton of coins. I went to bed last niight and had over 1 miilliion coins and went to play this morning to find I had zero. I don't recommend playing this game. It was my favorite but I no longer will play any games by these jerks!
By Alisen143

It’s a very attractive game. Its difficult to solve each puzzle after lvl 700, so garden bulding progress is a bit slow, may miss some time limit promotions and be dissapointed. Everytime I play the game without progress I leave feeling sad and disappointed. Because of this I only play this game about once a week or less. It would be nice and enjoying for me if the puzzles are a lot easier for progress.
By Zeena the Warrior Princess

I want to relax

The game is fun and enjoyable. Sometimes. When you only have the regular items and get a hard level - it doesn't become fun. I want to relax and I don't always want to be challenged. The few times that I received unlimited lives and gifts...it becomes fun
By Regulus250

This game is addictive and used to be fun. The graphics are great and I enjoy renovating the gardens. However, when you get to a certain level, the game sets you up to fail. It seems like I'm stuck on a level for 1-2 days before it gives me the combination I need to win. Using power-ups doesn't help. When the game wants you to lose, it will make sure you only match 3 and nothing else. As a result of this, I could not get enough points to complete Austin's bedroom. I never had problems before on the other rooms, but since I reached the final garden, the game makes sure that I do not win. I was in the ruby league on the tournaments, but now have been downgraded to the platinum league and will probably be demoted again. The game is no longer fun. It is addictive, but I think the developers have found a way to break my addiction. Thanks!!
By Quilt'n Mama

This game is totally addictive and fun but it is rigged. I reached a level that no matter what I did or how much I spent it would keep looping. Don't waste your money but congratulations to the developers who were able to keep you addicted to this game and its format for so long. They are genious.
By Jdj37

I feel you want to many points for supid things.
By Gen chin

updated to 4.0.2 and game will not open, stuck in an endless loop of “install update”.
By mmod516

Players should be able to beat every level on skill alone. By creating a situation in which you must use "boosters" and "power-ups" or other extraneous devices to win, you've created nothing more than a mindless quest for coin, or alternately a bottomless revenue stream from folks who have more money than brains. PLEASE -- BRING BACK SEEK AND FIND.
By Teach0zark

It is a fun game to play when there is nothing better to do. It does provide a goal other than just passing a level. But it is obvious the game wants you to spend money to pass the more difficult levels as you go thru all your lives and have to wait till you are given more. Eventually the game does allow you to pass the level, so obviously done. Just don't be in a rush to "complete" the game and enjoy the process.
By PlayingForEternity