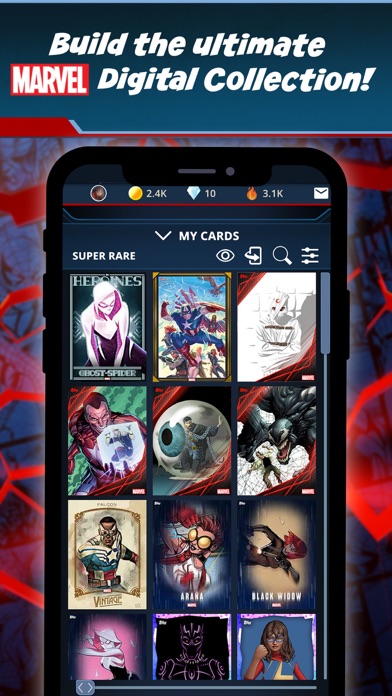 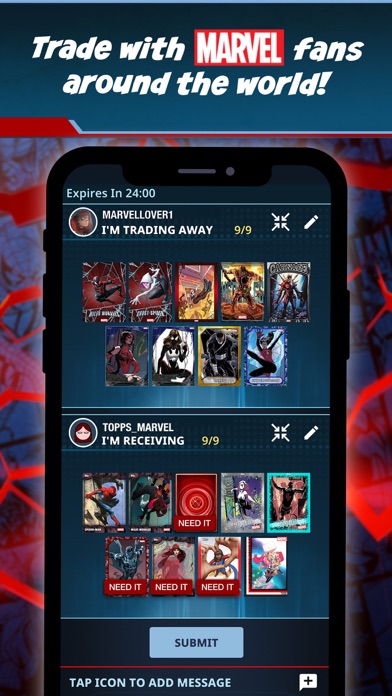 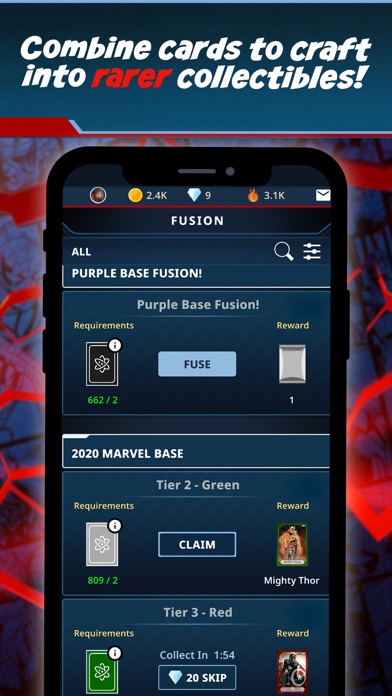 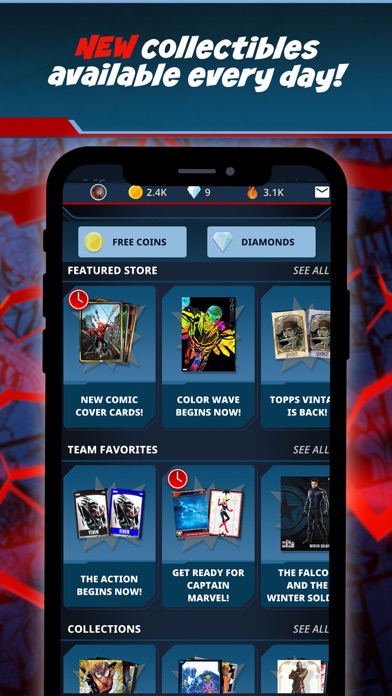 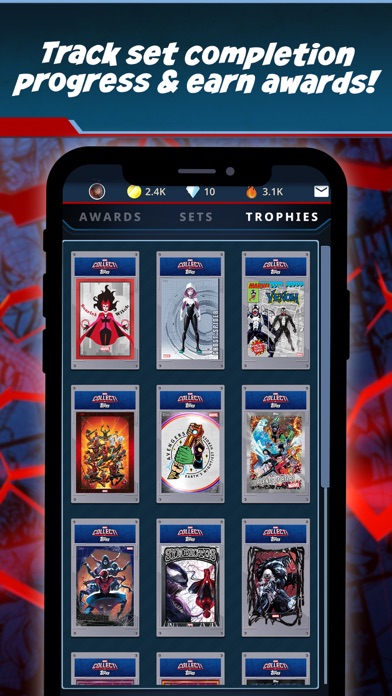 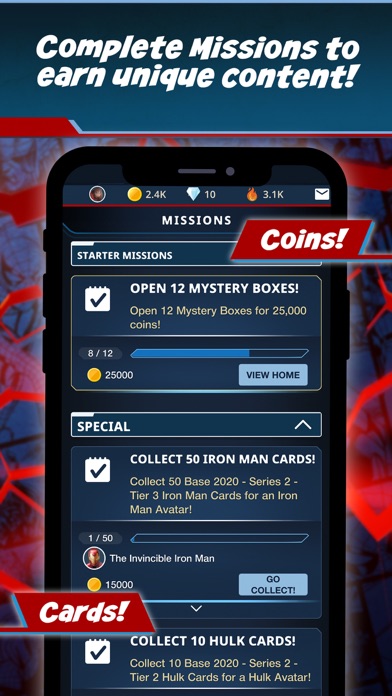 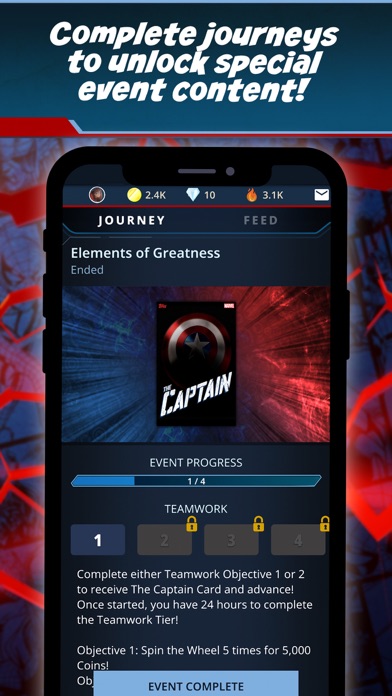 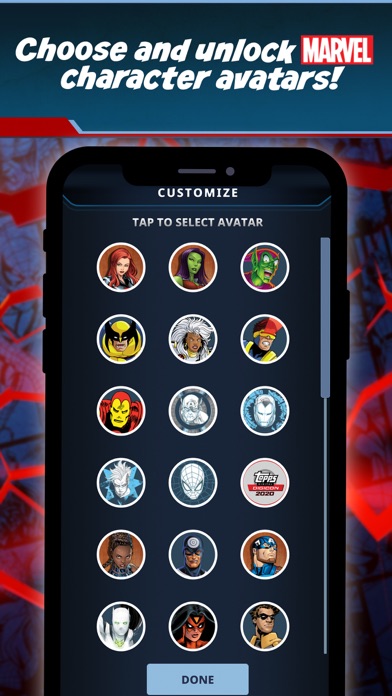 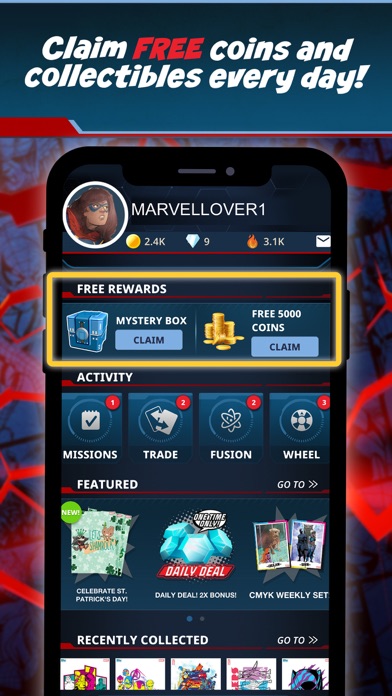 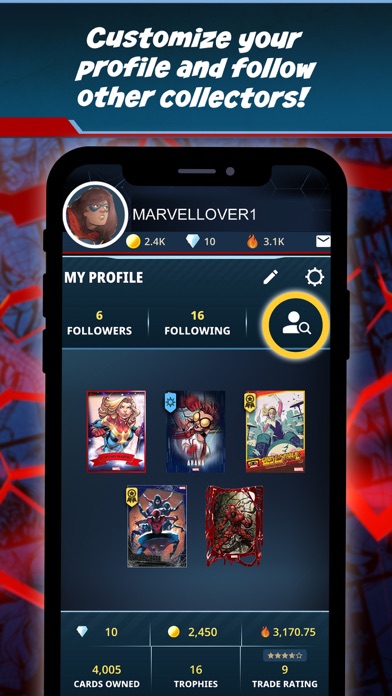 When I first started playing this game two years ago, it was a fun group and a cool community. So much of that has changed due to greed. Greed of the developer Topps and the greed of the players. It’s taking a lot of the fun out of the game.
By escopp

how to give zero stars
By ThaC0deBr8ker

I’ve been relatively content playing this game since it’s inception (as well as other Topps apps since 2015). However, the forced updates pushed out over the last year have been increasingly problematic causing the game to become less and less playable on my iPhone 6 Plus. Today’s update (15.5.0) will no longer launch on my phone, so I have now lost access to the game and my extensive collection. In light of my experience I certainly wouldn’t recommend spending any real cash on Topps apps. Topps response - SMH. Learn to write cleaner code. 5 Years Topps....not getting any more of my $$$
By MacSince'85

EDIT: Haven't been able to open the app for about 32 days now. It starts to load then just crashes. The crashing overall has just been worse and worse. Before this, I couldn't keep the app open for more than a minute or two at a time. Every function from opening packs, trading, scrolling, looking at your collection, I mean everything, caused the app to crash. That had been going on since early July of 2020. Now the app doesn't even open at all. So basically my extensive collection that I had spent REAL MONEY on is useless and inaccessible. This is by far THE WORST APP I've had the misfortune of downloading.
By NyteX81

Don’t spend real $$$! Topps will lose the Marvel contract too. Just like Huddle and Knockout. Then put your cards into the digital vault and then you can’t trade. Don’t pay real $ for fake digital pictures. Your not buying a product, just a limited time experience of a licensed product.
By Cooldude_57

The art is amazing! It’s fun collecting. The only downside is things are so expensive after a while.
By Panda4Yeshua

App has been broken since the last update and nothing has been done to fix it. I know several people who can’t get on AT ALL so have missed out on trading and building their collections after putting in years of effort. Could Topps please do something? People who can’t use it can’t even get on to say so. They’ve just been cut out of the game completely. Update: they put out a second update but it’s still broken. Every other Topps app works except Marvel, still know multiple people who can’t get on.
By Thephoenixlights

The app is very fun. I grew up on Marvel, so this speaks to me. The problem is with the emergence of NFTs, it make this platform look very basic. There 100% has to be a Marketplace to sell cards. Reduce the amount of cards in circulation so some sort of supply and demand exist. This app just cost money with NO way to create income. I really don’t see how you’ll be able to stay relevant.
By JaySatoshi

I updated the app and it doesn’t work. Gets to 100% then I’m knocked out of it. This has been a few weeks. Don’t get the app until Topps fixes the bugs. So frustrating at first but I found the reviews to warn others since I see I’m not alone
By reckoning_force

Enjoy the sweet cards so much fun to collect!
By Erk1185