PeakVisor will make you a superhero of outdoor navigation by putting state-of-the-art 3D maps and mountain identification magic wand in your hand. "PeakVisor uses your iPhone's camera and augmented reality (AR) technology to display names and elevation of nearby peaks. The information will appear on your phone like magic." - App Store, Take the Trail Less Traveled Key Steps to Becoming a Superhero: ● 3D Map your Hike Get your topo maps of the future. The cutting-edge technology with high-precision terrain modeling allows simple yet effective insight into the landscape of the mountains. It is the most convenient way to explore a mountainous area, its trails, summits, passes, viewpoints, and even parking areas. ● Identify Mountains hundreds of miles away Identify more than a million mountains & hills all over the world and get a detailed profile for each of them, including altitude, topographic prominence, mountain range, what national parks or reserves it may belong to, as well as photos and additional Wikipedia articles. ● Plan Hiking Routes A vast network of worldwide hiking trails and walking pathways included in PeakVisor’s 3D Maps will help you compose a hiking route which includes evaluating the distance you can expect to hike as well as a route’s elevation profile and estimated time for completion. ● Use GPS Tracker to share your epic adventures Track your outdoor adventures, see your stats such as elevation gain and walking distance as well as your path in the 3D world. The app also allows you to import and export GPX files. ● Everything works Offline All the data is downloadable and ready for off the grid journeys. ● Identify Mountains in Photos If you have photos from previous hikes that you have not taken through the app, you can still find out what peaks you have been by importing your images into the PeakVisor app. ● Ski and Snowboard when Winter Comes PeakVisor is extremely useful for any kind of winter sports in the mountains. Topographic 3D Maps allow for a better understanding of the terrain and provide detailed information about mountain lifts, ski runs, and popular backcountry skiing opportunities. No matter where you go and how hard you challenge yourself this winter, PeakVisor will be the perfect booster for your outdoor adventures. PeakVisor is the Swiss army knife of outdoor adventure and will soon be indispensable to all your future hiking needs. Just keep it in your backpack and you'll get value from it every time you’re on the trail! PeakVisor PRO is a premium subscription that allows you to use the app without any limitations. By subscribing to PeakVisor PRO you make it possible for us to focus on ever-excelling the app. PeakVisor PRO is available as a monthly or an annual subscription. If you choose to get PeakVisor PRO, the payment will be charged to your Apple ID account once you confirm your purchase. The subscription automatically renews unless it is canceled at least 24 hours before the end of the current period. Your account will be charged for renewal within 24 hours before the end of the current period. You can manage and cancel your subscriptions through the App Store account settings after purchase. Any unused portion of a free trial period, if offered, will be forfeited when the user purchases a subscription to the publication, where applicable. You may find more details in our Terms and Privacy Policy available by the link => https://peakvisor.com/en/terms.html If you have any questions or just feel like talking about mountains, please contact us at peakvisor@routes.tips 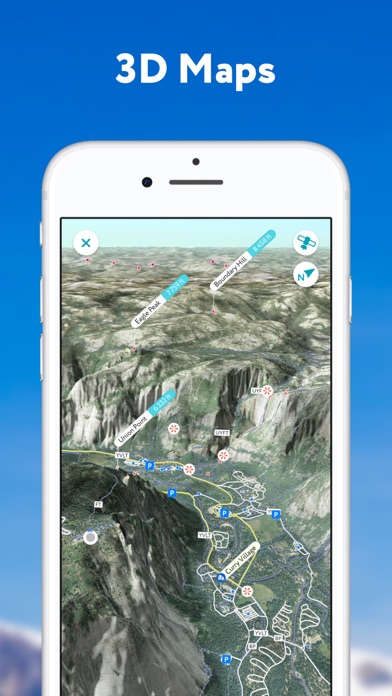 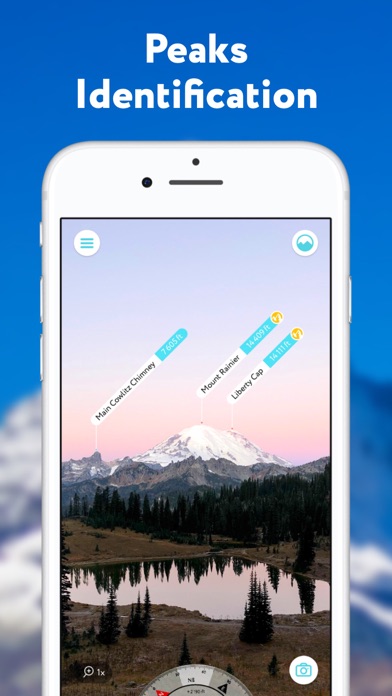 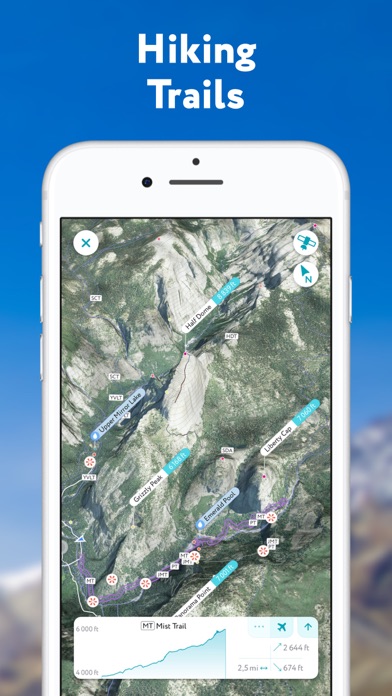 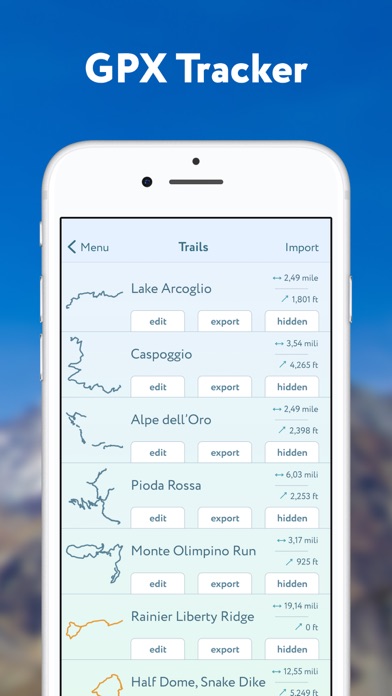 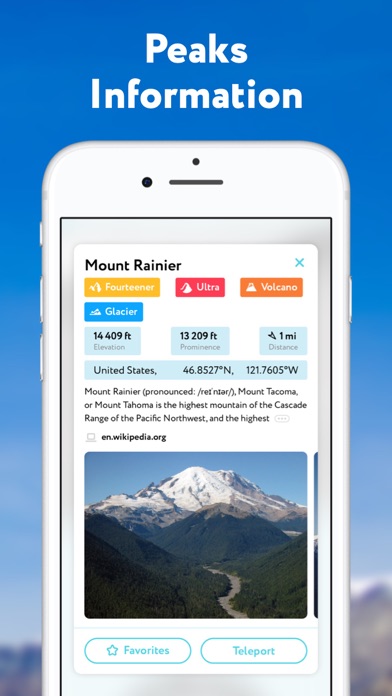 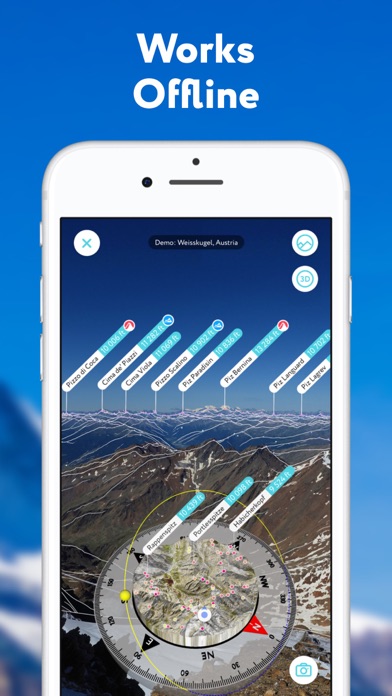 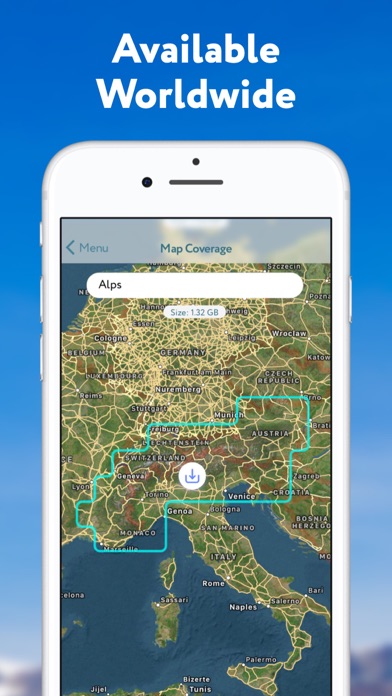 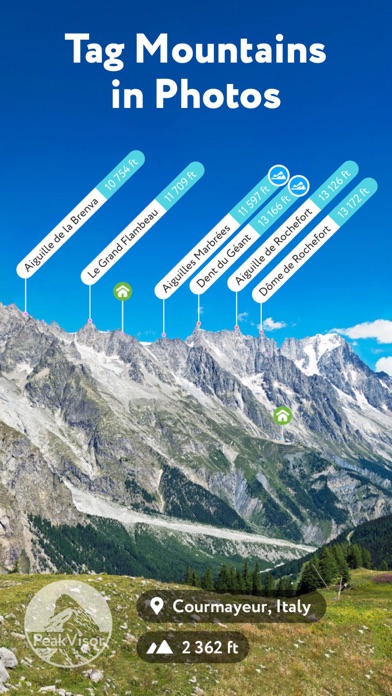 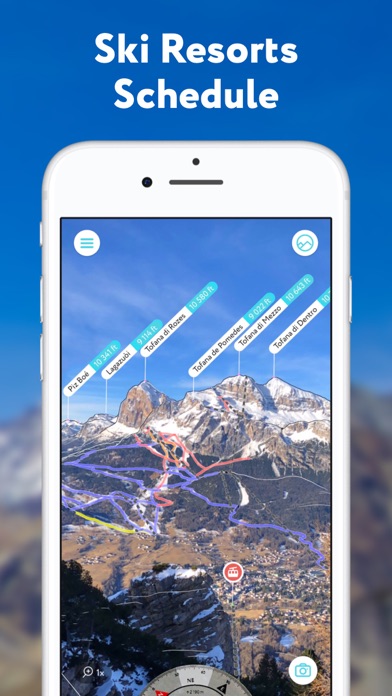 Cool app. Not for navigation.

If an app claims to be designed for navigation, it is vital that it uses consistent and accurate names for trails, glaciers, peaks, etc. Peak Visor does not do that. This makes it a very dangerous tool for the backcountry. In the USA, many mountains were re-named by white settlers. Those names are generally the official government names. Sometimes the names are reverted (for example, McKinley back to Denali), but most mountains still have their government names. If you are interested in navigation in the mountains, it is vital that you carry a paper map with you. In much of the western USA, most of the the best physical maps (like Green Trails or USGS Topo maps) use the official government name. Peak Visor has selected a few mountains to give a name given by an indigenous peoples. Which group of people? That seems to be random and insulting. Many mountains and peaks are named different things by different tribes. Let’s take a popular mountain: Mt Saint Helens. Some native peoples refer to it as Loowit. In fact there is a traditional story about three cascade volcanoes, Loowit, Pahto (Mt Adams), and Wy’East (Mount Hood). Wikipedia’s alternate name is Louwala-Clough. PeakVisor has seemingly randomly decided to label it Lawet’lat’la (the Klickitat name) and ignore the Cowlitz and Yakama people’s names. Mt Adams is Pahto, and not Klickitat. Meanwhile, Mount Hood is still Mount Hood, even though at all of those names, if you went around the urban areas around these mountains asking people about Lawet’lat’la, Pahto, and Wy’East, the one that the people would know is that Wy’East is Mount Hood. (And even that is not a majority). Similarly Mount Rainier is well-known at Tahoma or Tahkoma, but PeakVisor ignores that, too. Because of the number of peaks and lava domes and ridges on a single mountain, having a name, even if it’s the summit, that doesn’t match the name on a paper map is a HUGE deal, and when it lacks consistency, that’s even worse. This app is awesome for learning about mountains, and for general range exploration, it is a great app. Want to take a photo and figure out what you are looking at? In all but two or three cases, awesome. However, it is absolutely dangerous and reckless to refer to itself as a navigation app.
By Haninay

Ive just started and it asked for location access this is suspicious, because no apps or games ask for location, plus why do you need to know my location.
By kejhdhsjshgs

App is good but maps downloader needs a LOT of work

On even the fastest connection downloading maps takes so long it basically is a useless feature. Either their maps/tile server has severely underprovisioned networks or there is a rate limiting bug. 10-15k/s at most for 1Gb+ is never gonna work. All other apps download at full speed, so it’s not my connection! This may seem like a small detail but the app is useless in the backcountry without offline maps!
By Basit

We found the mountain

We were at an observation tower and saw a mountain and wanted to know which one it was. The app helped us find it in like 5 mins and it was free and pretty easy to figure out. We found Sugarloaf Mountain.
By mountainfinder

We have tried using this while hiking and it never shows any of the mountains we know that exist in our area. It mis marks all the peaks we point it toward. We are in Wester Massachusetts.
By Pixaleen

If you’re going to check out a “free trial”, beware that they will auto-charge you even if you do cancel *before* your next subscription period is clearly scheduled to begin.
By Yowzoe

while using this, the app would change its mind about which peaks were which without me even moving the phone at all. when i did move the phone, it would tell me the same peaks regardless of whether i was looking east or west. maybe it couldn’t identify peaks because there were clouds behind them, or maybe it is just bad at WNC (I see someone else had issues around Mt Mitchell). Glad i didn’t pay for this lol
By che_A

The ever-present upgrade to pro is so obtrusive that it makes the app almost unusable.
By mrdoon