McAfee has a proven track record of providing security for consumers in the digital age. To address growing concerns over Wi-Fi security, we are offering an award-winning VPN Proxy App that provides bank-grade encryption, private browsing services & internet security. McAfee Safe Connect will help protect you from digital threats & unsecure networks. Your device is protected even while it is on a public Wi-Fi hot spot or open network. Your online activity, sites visited, personally identifiable information & other sensitive information (e.g. photos, credit card info & passwords) traveling through the secure VPN connection is protected & private. FEATURES & BENEFITS Wi-Fi Security •Creates a secure VPN connection for your device when you’re on public Wi-Fi hotspots & unsecured networks •Although 128-bit encryption should remain unbreakable in our lifetime, we opted for 256-bit bank-grade encryption to protect your online activities, visited sites & sensitive information from hackers & cybercriminals Online Privacy •Surf the web & keep your personal data private •Hide IP addresses from cybercriminals with our hotspot VPN, ensuring your online activities are kept hidden & more secure Unblock Geo Restricted Content •Unblock sites & access online content without geo restrictions •Continue to visit all your favorite websites such as Facebook, YouTube & ESPN while traveling Ad Tracker Blocking •We keep you from being tracked by advertisers •Prevent ads from being generated in your downloaded apps Our App Contains No Ads •Enjoy an ad-free app environment on us You can continue using this app for free for as long as you like, but getting a McAfee Safe Connect PREMIUM SUBSCRIPTION will get you: •No more monthly usage cap of 250 MB •Ad Tracker Blocking •Protection for up to 5 total devices •24x7 customer support McAfee Safe Connect PREMIUM Info: - 7 day free trial - free of charge; no commitment; cancel anytime - Your payment will be charged to your iTunes Account at confirmation of purchase - Your subscription automatically renews unless auto-renew is turned off at least 24-hours before the end of the current period - Length of subscription: monthly or yearly - Account will be charged for renewal within 24-hours prior to the end of the current period, and identify the cost of the renewal - Price of subscription: one month - 7.99 dollars; one year – 47.99 dollars - Subscriptions may be managed by the user and auto-renewal may be turned off by going to the user's Account Settings after purchase - No cancellation of the current subscription is allowed during active subscription period - Any unused portion of a free trial period, if offered, will be forfeited when the user purchases a subscription to that publication When to Use McAfee Safe Connect? We suggest you keep McAfee Safe Connect Wi-Fi protection turned ON to minimize your online security risks & keep your data safe from prying eyes. Unlike home Wi-Fi, the vast majority of public Wi-Fi hotspots aren’t password-protected & don't encrypt the data being transmitted. When you connect to a hotspot, your online activities – from social media content to bank account credentials – may become vulnerable to hackers. With McAfee Safe Connect Secure VPN, your internet privacy & Wi-Fi security are protected. Got questions or feedback? You can reach us at Mobile_Support@McAfee.com We look forward to hearing from you. Privacy Policy: https://www.mcafee.com/us/about/legal/privacy.aspx 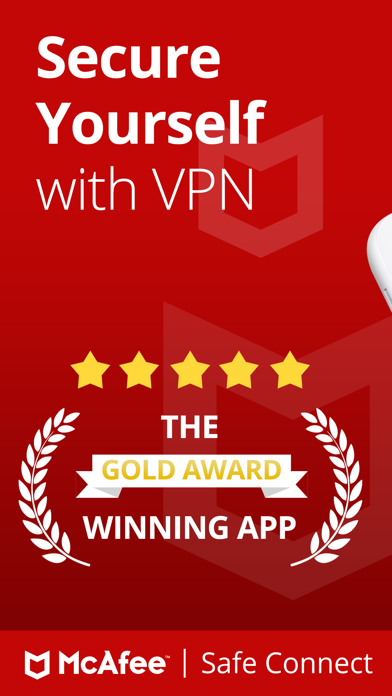 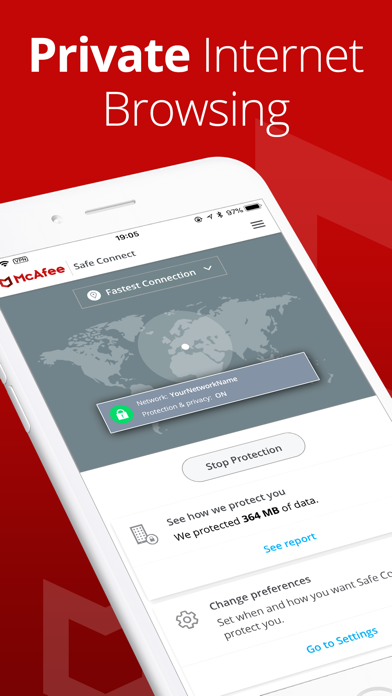 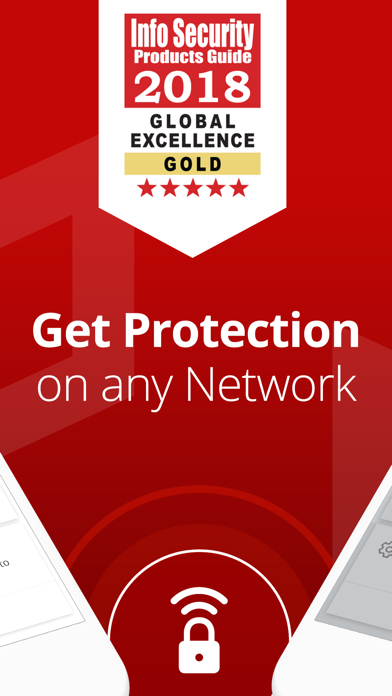 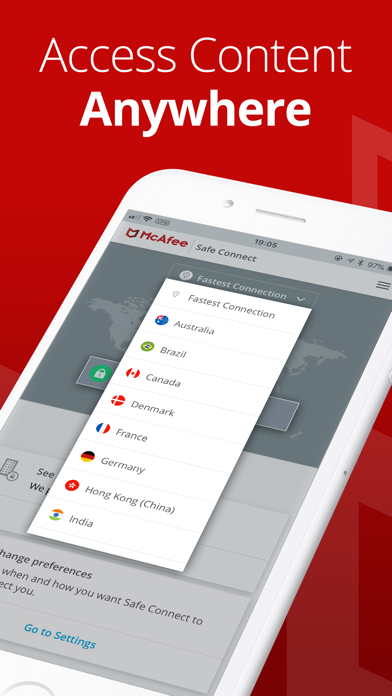 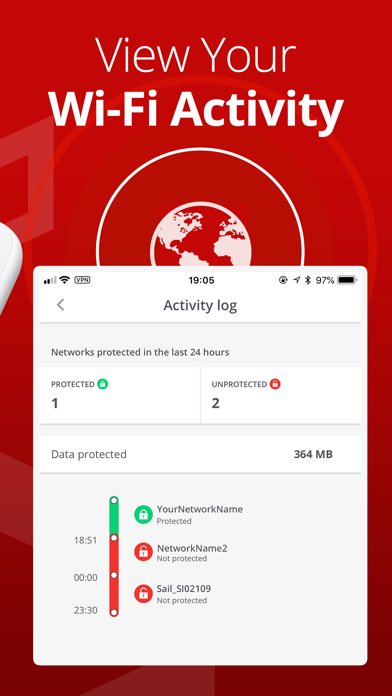 Unreliable. Keeps dropping off, interferes with my connection. Regret the purchase.
By JFB2

It cuts off throughout the day...why?
By Sweet Sleeper

Att Network That I should have on my Cell

Upon installing has wrecked my ability to use WiFi and has knocked out my Ring Doorbell. This is full of bugs. I am about ready to cancel McAfee for another provider. I called McAfee and was told to wait, the fix is on the way. Can only wait a day or two longer.
By BDJDNDG

Glad I weeded through the garbage can of apps to find the best! Just keep it going; keep it affordable, do I get a discount for this review? I hope so👊
By pinssinppins1#

Once you hit stop protection, the app it self keep asking to enter your password again and again million times and no joke stops your phone from having internet connection, you won’t be able to use WiFi or your cellular data, and when you hit start protection oops something went wrong all day long, the only way to solve this issue is by deleting the app, one mistake I made is I paid for the whole year, what a waste.
By Johnny harbi

The VPN AND WI-do connection constantly disconnects and doesn’t protect browsing. Looking for another mobile protection software
By Kymmi38

Your app is good when it’s working but it doesn’t stay on the entire time I’m on the web. It logs off on its own. It doesn’t automatically restart when i go back on line & you have a small list of locations
By Boggin Dosh

I only use operating systems made by Apple! The fact that I only have a Mac, an iPhone, and an Apple Watch gives me all the more reasons not to pay $47.99 a year for 4 extra devices I don’t need, and that are not supported. At this point, I’d rather pay $9.99 a year for just my iPhone. Perhaps, in a future update, they could allow users to buy a plan for the exact amount of devices they have, so they don’t have to charge you for unnecessary devices, especially those operating systems that aren’t fully supported (like macOS, watchOS, and tvOS). If not, Cylance should be able to make a better one. Update 01/24/2020 5:44 PM CT: I just found out that the VPN isn’t stable because its profile doesn’t contain authentication information. Without that authentication built in, the VPN may bombard you with a prompt asking for a password unless you open the app. Even worse, the app doesn’t say anything about whether they track people’s DNS queries, or not. That is completely unacceptable! Cylance could make a better Personal VPN built into their Mobile Security app like this that doesn’t have this problem, and unlike McAfee, they won’t raise their prices, or track people’s DNS queries. Just goes to prove that, even though it has 256-bit encryption, this VPN cannot be trusted.
By TheHadouJHyrule