Menaced by Barbarian hordes, the Roman Empire faces a day of reckoning. As one of 18 factions, take up arms to defend Rome, or spearhead its destruction. CLASSIC GAMEPLAY IN A NEW SETTING Engage in turn-based strategy and real-time battles to determine the fate of Rome. FORMIDABLE BARBARIAN FACTIONS Invade the Roman Empire as a fearsome Barbarian tribe. CAMPAIGN ON THE MOVE Form a horde! And capture or sack settlements across the map. BUILT FOR MOBILE Enjoy intuitive touch controls and a user interface designed for mobile gaming. ENORMOUS 3D BATTLES Turn your screen into a dynamic battlefield with thousands of units in action. This game requires iOS 12 and just under 4GB of space to install. Supported iPhones: • iPhone 5S • iPhone 6/6 Plus • iPhone 6S/6S Plus • iPhone SE • iPhone 7/7 Plus • iPhone 8/8 Plus • iPhone X • iPhone XS/XS Max • iPhone XR • iPod Touch (6th Generation) • iPod Touch (7th Generation) Supported iPads: • iPad mini 2 • iPad mini 3 • iPad mini 4 • iPad mini 5 • iPad Air • iPad Air 2 • iPad Air 3 • iPad (5th Generation, 2017) • iPad (6th Generation, 2018) • iPad Pro (1st Generation: 9.7", 12.9") • iPad Pro (2nd Generation: 10.5", 12.9") • iPad Pro (3rd generation: 11", 12.9") © 2002–2019 The Creative Assembly Limited. Originally developed by The Creative Assembly Limited. Originally published by SEGA. Creative Assembly, the Creative Assembly logo, Total War, Rome: Total War and the Total War logo are either trademarks or registered trademarks of The Creative Assembly Limited. SEGA and the SEGA logo are registered trademarks or trademarks of SEGA Corporation. Developed for and published on iOS by Feral Interactive Limited. Apple, iOS and the Apple logo are trademarks of Apple Inc., registered in the U.S. and other countries. Feral and the Feral logo are trademarks of Feral Interactive Ltd. All other trademarks and copyrights are the property of their respective owners. All rights reserved. 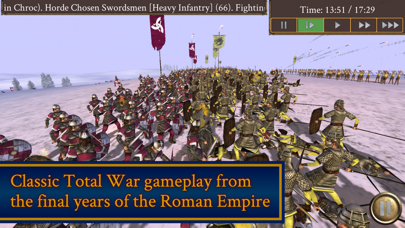 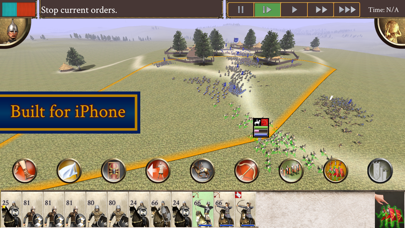 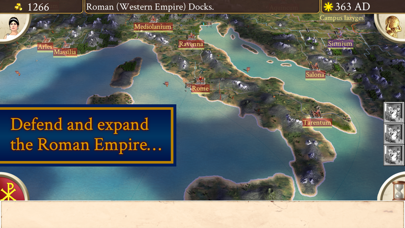 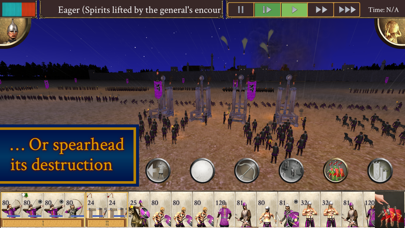 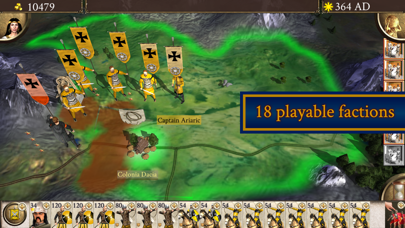 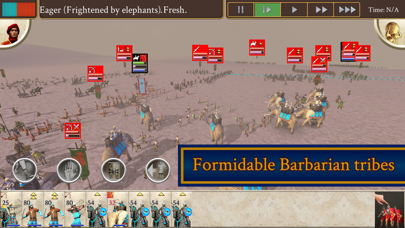 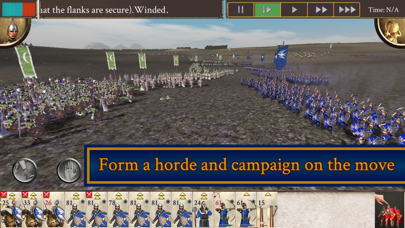 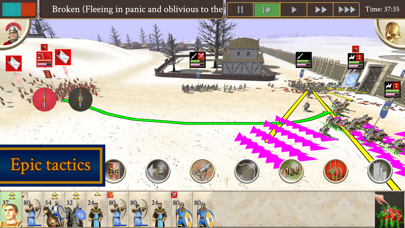 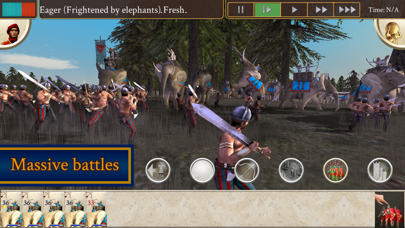 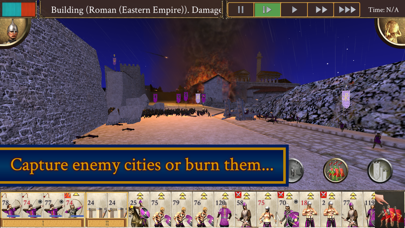 It’s awesome it’s just like the computer one and it’s so cool. They need to make more
By SKILLEDBULL442

10/10. controls are very easy to use once you get the hang of them. now we just need Medieval 2 total war! i’ll be the first to buy
By harlemf

When it works. Constantly crashes.
By ReaperTango

Just as Addictive on iPad

I discovered Total War about the time TWBI came out and found myself as often as not playing until 3:00 AM without realizing how fast time had sped by. I was a bit skeptical about an iOS version, but now I can’t imagine playing any other way. In fact, I got the Mac version for my 27 “ inch iMac and I still prefer the portability of the iOS version. The gameplay is well adapted to the iPad; and frankly the the few annoyances I’ve encountered are barely worth mentioning. I’m playing on an iPad Pro 10.5, early 2019. I wish they would port the old Medieval Total War to iPad; that was a great game too, even for being slightly more primitive.
By Spotnik63

Veery good worth every cent
By catman owo

I love total war Attila,which is basically the pc version of barbarion invasion. But the AI for barbarion invasion is just terrible, I was doing a siege battle and ordered my troops to go to the town square because the enemy broke through my rear guard and I needed to defend the town square,anyways,instead of going through a street which was unblocked and useable the troops ran out through a gate,ran through enemy arrows and onagar fire which practically decimated that unit,it then proceeded to run around the entirety of the city and go through the gate at the back WHEN THEY COULDVE GONE THROUGH THE STREET LIKE 6 FEET AWAY. Anyways the by the time the unit got to the town square it had 16 soldiers left and instantly routed when it got to the town square.....please fix the path finding or the AI,which Evers fault it’s was. PS I did win the siege battle because I had reserves which some would use the street and others ran around the whole city.
By shottymcflanderson

I changed it to larger l but I still only have 60 soldiers! Why is this? Before I use to have 80 to 120 depending on what faction. Is it because I’m using a IPhone 6 now instead of an 6s even tho their both the same?
By Banana021

This game is amazing and is a lot of fun but the ai is just to predictable. When you ally Rome as say the franks or saxons they wait like 3 turns then betray you. Also I’ve noticed a bug with the Romano-british that you can’t train crossbowmen I’m not sure if I need to go to like Rome to train them. But over all great game. Also I was kinda disappointed with some of the Units for the barbarian factions as 3 of them are pretty much copy and paste. Was hoping you would take some creative liberty’s and spruced them up a little.
By that jist happened

Shadow of the Tomb Raider

Rise of the Tomb Raider™

Total War: FALL OF THE SAMURAI