A new mobile "Fate RPG," presented by TYPE-MOON! With an impressive main scenario and multiple character quests, the game features millions of words of original story! Packed with content that both fans of the Fate franchise and newcomers will be able to enjoy. Summary 2017 A.D. Chaldea, an organization tasked with observing Earth's future, has confirmed that human history will be eliminated at 2019. Without warning, the promised future of 2017 disappeared. Why? How? Who? By what means? AD. 2004. A certain provincial town in Japan. For the first time ever, a region that could not be observed appeared. Assuming that this was the cause of humanity’s extinction, Chaldea carried out its sixth experiment - time travel into the past. A forbidden ceremony where they would convert humans into Spiritrons and send them back in time. By intervening in events, they would locate, identify, and destroy the space-time Singularities. The mission classification is an order to protect Humanity: Grand Order. This is the title for those who would take a stand against human history and battle fate in order to protect mankind. Game Introduction A command card battle RPG optimized for smart phones! Players become Masters and together with Heroic Spirits, defeat enemies and solve the mystery of human history's disappearance. It's up the players to form a party with their favorite Heroic Spirits - both new and old. Game Composition/Scenario Direction Kinoko Nasu Character Design/Art Direction Takashi Takeuchi Scenario Writers Yuichiro Higashide, Hikaru Sakurai Required operating system: OS compatible with iOS 10.0 or higher. Enabled devices: iPhone 5 and higher, iPad 3rd generation and higher, iPad Mini 2 and higher, iPod touch 6th generation *Please confirm system requirements on home page instead of from the App Store compatibility. *Incompatible with iPod touch 5th generation and lower, iPhone 4S and lower. This application uses "CRIWARE (TM)" from CRI Middleware Co. Ltd. 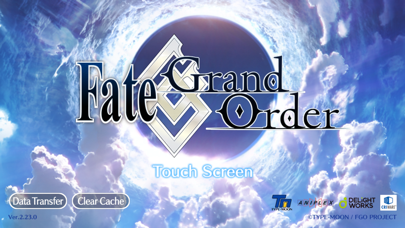 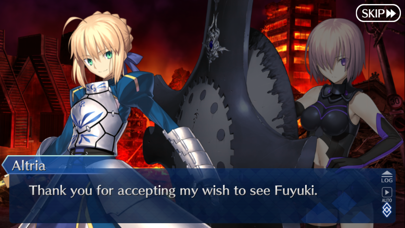 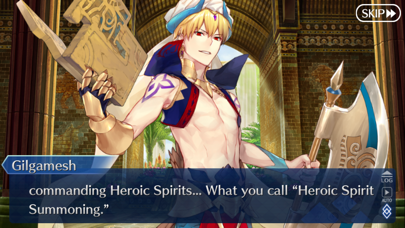 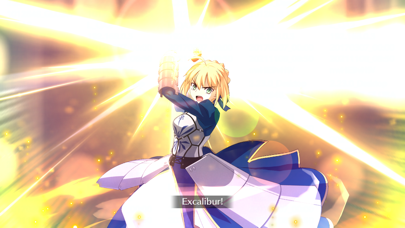 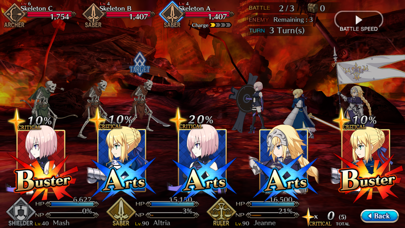 Loved the game but can’t get it back

I tried to do a data transfer after deleting the game a while back when it first came out but now all my 5 stars are gone. I tried starting the game all over again and got to a higher area than the last but now that I switched phones my old phone won’t open up the game. I tried using an old data transfer code but it still doesn’t work so woohoo I lost all my progress again
By :"'(

1500sq and 60 tickets, okita np2 and only 1 other ssr? Rate up is a lie, turn back before it’s too late newbies.
By failed okita banner

Dark souls of Gacha games.(Also NOT for kids 12 and up).

I learned more about history from FGO than school. Even though it is mainly fictional for entertaining purposes, it has little truth to it. This has a complicated yet fantastic visual novel style storyline. This game is not nice to beginners, so you must learn quickly and spend carefully or your account is ruined forever. The best thing to do is think the best use of your servants and CEs. You can learn their uses on gamepress.gg on the FGO side. The App Store needs to fix the age rating, this game is for at least 16,
By Kobayashi Yu

I’m literally begging you. I’m on my knees for this man. Why did you make him so hot bro . I saved up so many rolls yet didn’t get him. Why is that??? 🤨🤨🤨 he still hasn’t came home yet. But other than that, this game is pretty good lol.
By Spoopers

Can't open the app after update

After I update the app for full screen I can't open the app after. I don't know if it affects on phones too but I'm using a tablet
By Hibiki-chan98

This update allowed my iPhone XR to go full screen, however I noticed that np animations aren’t full screen and I get that blue background again. Great game and love the updates. Keep up the good work!
By Talk2lee

finally we have it… full screen fgo
By Acpr0

Incredible amount of fun (Also try to only summon for who you really want!)

It takes quite a lot of setting everything up, but after a while you can just go crazy using whoever you want to challenge yourself. (like purposely playing at a class disadvantage or just using AOE nps against a solo boss) I just really like the battle mechanics and characters in this game to death
By Dabomb320