The Call Protect app gives you more control over unwanted and nuisance calls. Customize your call blocking settings and more including: - Block Spam Risk labelled calls: Send unwanted Spam Risk calls to voicemail or block them entirely - Send unknown callers to voicemail: Enable the Unknown Callers feature to send callers not in your contact list, to voicemail. - Add to your Personal Block List: Add individual, unwanted callers to your own block list - Read User Comments on flagged calls: See what other users are saying about calls that have been flagged - Use Siri Shortcuts to block and report: Block and report spam calls with Siri voice commands - Report Spam Calls: Tell our team when a call is spam or fraud. Your reports help us to continually improve the service for everyone With the network feature on your account, you already get a heads up on potential nuisance calls* and automatic fraud blocking. Take more control over other unwanted calls with the app. Call Protect users also receive access to AT&T Mobile Security which helps protect your phone from malware, viruses and other mobile threats. Req’s download of separate apps. Avail. for AT&T postpaid, business and FirstNet wireless customers with eligible wireless service. AT&T Call Protect Plus (In-app purchase): - Caller ID*: Gives you caller details on incoming calls - Custom Call Controls: Block, send to voicemail or allowing entire Categories (Incl. Telemarketers, Nonprofit, Surveys, Account services, Private and Political) of callers - Reverse Number Lookup: Shows caller details when you enter a U.S. number. Up to 200 queries per user within 24-hour period. *Available in AT&T HD Voice coverage areas AT&T Mobile Security & Call Protect Terms: Automatic Fraud and Spam Risk Blocking: May inadvertently block wanted calls. Nuisance Call warnings: May include service messages and/or other permitted calls. Personal Block List: Permits blocking of individual phone numbers (excludes private numbers). Manage all settings via app. AT&T Call Protect Plus: Subscribers pay $3.99/mo. Auto-billed every month through your iTunes account unless canceled. Subscription automatically renews and your account will be charged $3.99 unless auto-renew is turned off at least 24-hours before the end of the current period. To manage your AT&T Call Protect Plus (“Plus”) subscription, go to iTunes. Once your Plus subscription is canceled, you will be downgraded to the basic, free version of Call Protect. To remove the service entirely, you must cancel within the app or via myAT&T, after your iTunes subscription period ends. Payments are nonrefundable (subj. to applicable law). Custom Call Controls: All call categories, except Fraud, are automatically set to allow. Manage all settings via app. Rates: Data charges may apply for app download and usage. Other charges and restr. may apply. Eligibility: Compatible device is required: iPhone 6 or newer running iOS 9.3+ and includes AT&T HD Voice-enabled smartphones. Smartphones sold by other carriers may not be eligible. Excludes AT&T PREPAID. For complete terms for AT&T Call Protect, see att.com/callprotectterms For complete terms for AT&T Mobile Security, see att.com/mobilesecurityeula 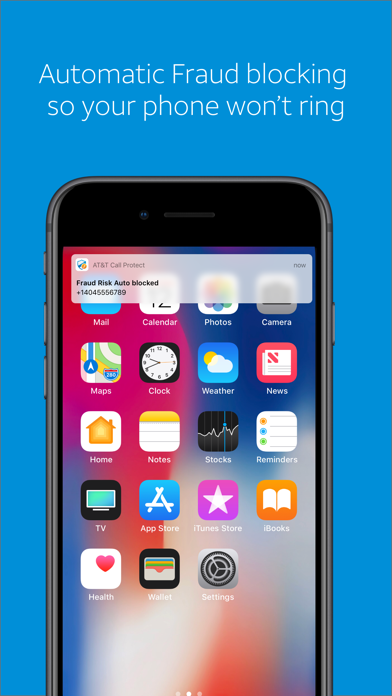 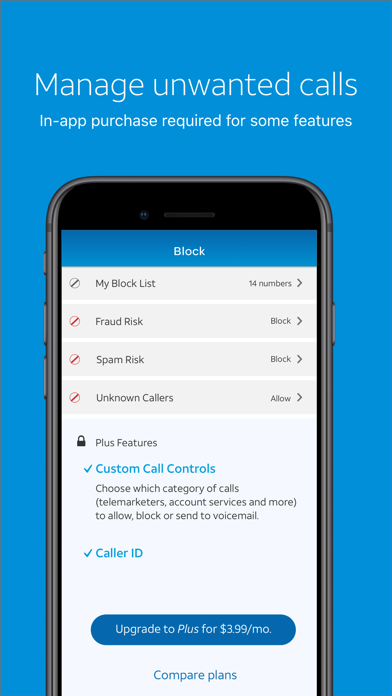 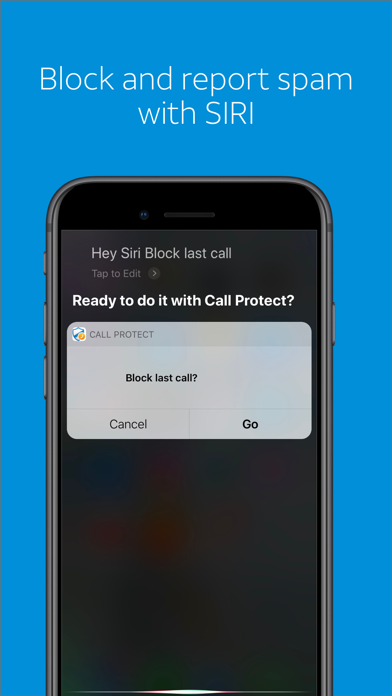 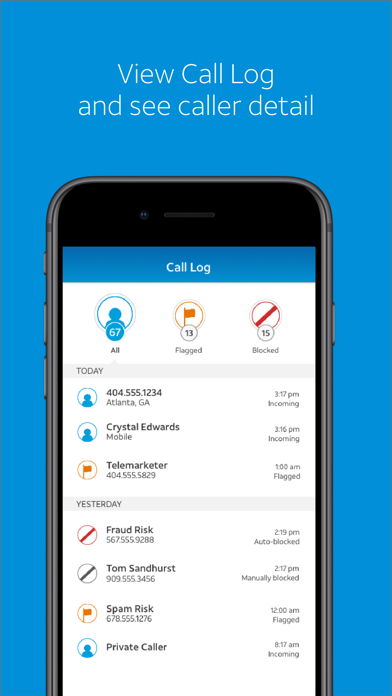 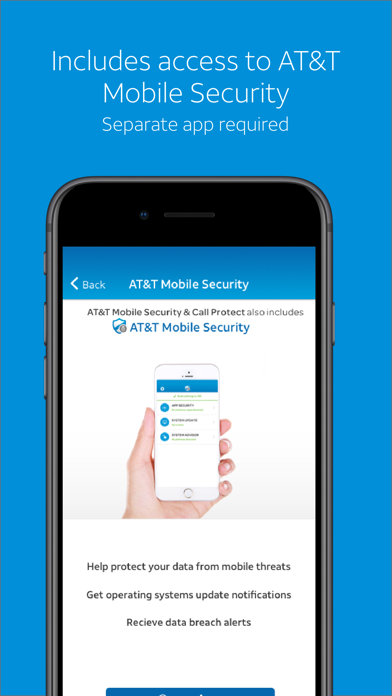 Really good and tagging spam and calls not to answer- been using it a long time ...EB
By Gnatsgranny

It blocked my contacts!

The app worked fine for a couple years. Then in January 2021 it started blocking people who are in my contacts. That is when I deleted the app. I can’t afford to miss important work calls.
By Willibill

I already pay way too much for cellular service, so this was a nice app when AT&T provided it for free as part of being a customer. Guess they got greedy and now want $4 a month for the “service”. You’re the ones who obviously know it’s SPAM because you ID it as such, god forbid you just block it without charging customers. Yeah, I’ll just stick with blocking calls on my iPhone then. Classy AT&T. To paraphrase Ronald Reagan, cellular service is the second oldest profession, which now resembles the oldest profession...
By Big Daddy Sweets

The calls that should be flagged are not. I spend more time using the app to manually block calls than I should have to do. Certainly not planning on getting the premium account to do that.
By Tec7647

This app should be free at it’s top version

Yes why to pay for those annoying calls on top of the monthly regular payments, ATT showing it’s greedy gaining profile.
By drdave97

Happy to have this server

So glad that they can do something about scammers.
By gg Doyle

Deleted, but Worked Great at first

Had this app for about a year, worked really well, but slowly it began blocking random phone calls, not even allowing them to go to voicemail. Then it began blocking my contacts calls, then it blocked my husband from calling. Of course call atnt and they want to troubleshoot my phone, not the app, even when I tell them it’s the app because I can manually unblock each person, then they can call again. Plus, he informed me of which list my contacts were in (ie: your husband does not show blocked in this list) - which was a little unnerving. App deleted.
By MGlass0807

They want yo to pay to get the real product.

The free service doesn’t block any calls as they want you to add their blocking service for $3.95 which makes me as mad as the constant telemarketing and spam calls which I still have to deal with. AT&T is a ruthless corporation and is not the Ma Bell customer friendly service that it once was.
By NoGamesToday