Manga Zone ------ Manga for you, anytime, anywhere Manga is the Japanese comics with a story line and style. In Japan people of all ages read it and does not target younger audiences like american comics. Here are more than 15000 titles translated into English to read online for free. Discover the world of otaku! Manga Zone(http://mangazoneapp.com/) is an application for read manga online. Update every day and easy to read. You can leave awesome comments on any manga you want to recommend to other guys! All your favorite manga are here, Enjoy! Tags: manga, Japanese comics, read manga, read manga online, Naruto, One Piece ,Bleach ,Fairy Tail, Toriko. 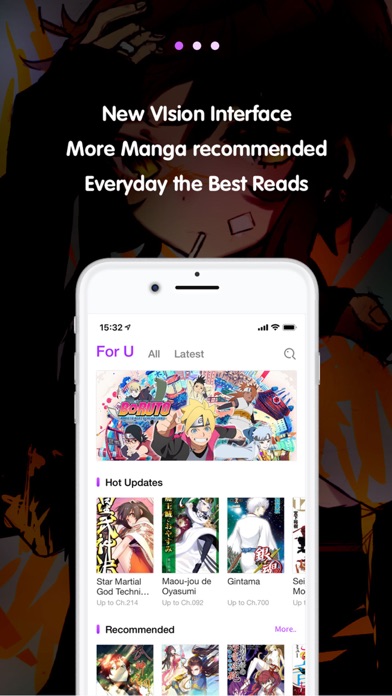 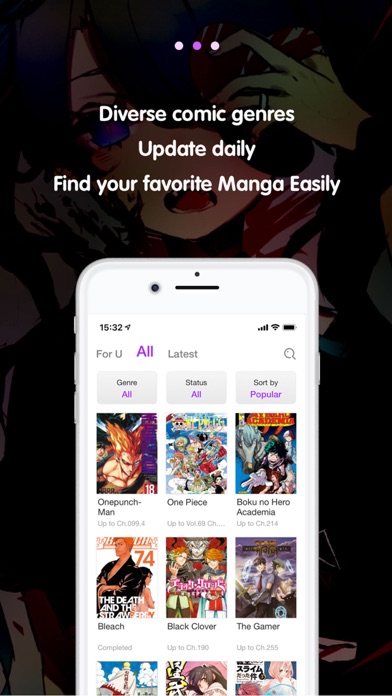 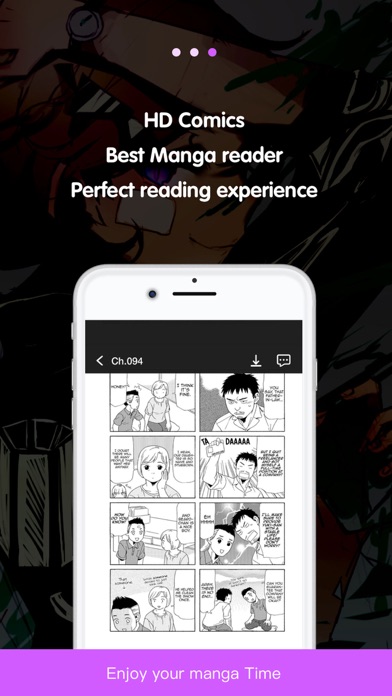 Dark mode compatibility for the app
By jdgjcc

I Hate This App Now

It was working semi-ok on my iPad until I downloaded some chapters to read offline. Went I went to open the downloads, mind you, I had only 1/4 of the screen I had this morning when I was reading it. I thought maybe it had something to do with me trying to read a downloaded version. The opening screen also went to 1/4 of the screen too. Now I’m home on my network and it’s still only a 1/4 of the screen. Either all of the positive reviews are employees, people reading on their phones, or they’re f%*king insane. This apps is horrible!!! You had an iPad version, but chucked it out the window and left those of us who want to read manga on a bigger screen to rot. FIX IT!
By cheeseboot

It burns
By The guy that love's this game

Best Manga App Out There

I don’t usually leave reviews on apps, but this app just astounds me. The fact that everything, when I say everything, I mean EVERYTHING, is free. Even downloading manga is free!! They have old mangas to the latest, always updating and allows me to always read the latest manga. So far, this app has had ALL the manga I’ve looked for, from One Punch Man, to Boku No Hero Academia, to Neon Genesis Evangelion, and so much more. If you’ve been looking for a manga app, this is it and so much more. Ignore Manga Rock and all those other apps. This is the one you need. Unlimited downloads, unlimited manga. BEST APP FOR MANGA OUT THERE.
By ila.03

This is by far the best manga app to date and it's offline. I am a high school student and I take vocational school to be an electrician and it's about a 30 -40 min drive and it's super fast I just pull out my kindle or phone and turn it on it loads as soon as you open it there's tons of manga and really good ones too I recommend dragon ball super, nichijou, miss kobayashi, and himouto umaru.
By jessikilgore

Where is the filter option?
By frenchvanillc

So i have the issue where i download the series. (I’m active military on a ship so i don’t get signal often) but it’s like as soon as i Get signal when i try to load my downloaded manga it has the load image error. Also when looking for my favorite manga updates it won’t show what just released for a manga unless i pass it as i scroll down my list. Besides that This is the greatest manga app and this is from using it on android to Apple which i Love That You brought it to. Thank You
By Kingzae13

Don't use on iPad

Not worth it. If you download this on an iPad, you only get 1/4 of the screen shown to you. You're not able to zoom out or even scroll over to see the rest of the page.
By SkipBeat31