**Supported Devices: iPhone 6, iPad 5 (2017), iPad Air 2, iPad Mini 4 or newer devices. iPod Touches are not supported** Life Is Strange is a five part episodic game that sets out to revolutionize story-based choice and consequence games by allowing the player to rewind time and affect the past, present, and future. Follow the story of Max Caulfield, a photography senior who discovers she can rewind time while saving her best friend Chloe Price. The pair soon find themselves investigating the mysterious disappearance of fellow student Rachel Amber, uncovering a dark side to life in Arcadia Bay. Meanwhile, Max must quickly learn that changing the past can sometimes lead to a devastating future. - A beautifully written modern adventure game; - Rewind time to change the course of events; - Multiple endings depending on the choices you make; - Striking, hand-painted visuals; - Distinct, licensed indie soundtrack featuring Alt-J, Foals, Angus & Julia Stone, Jose Gonzales and more. Exclusively on mobile, the game comes with Life is Strange iMessage stickers. Additionally, you can seamlessly share your progress on social media, and compare your own story choices with friends. An all-new photo mode allows you to take pictures like never before, modify them with filters and easily share them. ** Reviews and Accolades ** Life is Strange, People's Choice Award winner at the International Mobile Game Awards 2018 Mac Game of the Year, United States 5/5 "A must-have." - The Examiner 5/5 "Something truly special." - International Business Times "One of the best games I've played in years." - Forbes 10/10 "An impressive coming of age story." - Darkzero Life is Strange, Game Artist Award winner at the International Mobile Game Awards 2018 8/10 "Rare and precious." - Edge 8.5/10 "OUTSTANDING." - GameInformer 90% "Dontnod have clearly put a lot of effort into the little details and it’s worth your time paying attention to their work." – Siliconera 8.5/10 “The climax of Episode Two is one of the most compelling — and devastating — things I’ve ever experienced in a game, because it’s so real, so understandable. Dontnod nails it.” – Polygon 4.5/5 "life is strange has me hooked" - HardcoreGamer 8/10 ".…has the potential to outdo both Telltale Games and Quantic Dream." - Metro 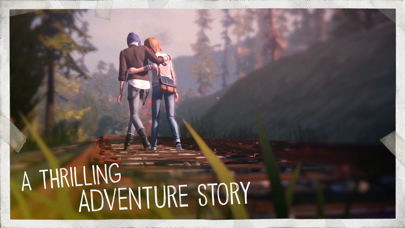 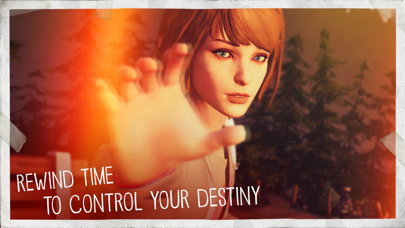 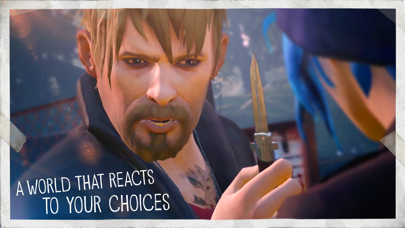 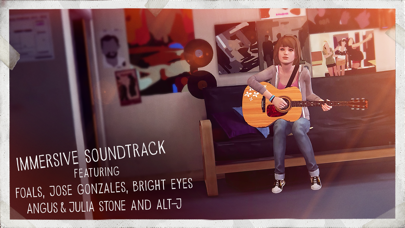 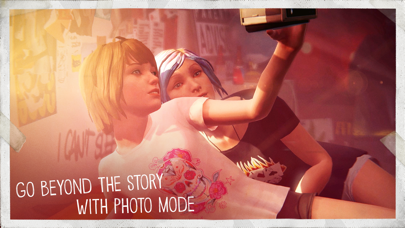 I first downloaded this game because it looked interesting in the App Store. Once playing it I immediately was hooked and was about to buy the pass when I decided to think about it. So I checked the reviews and sure enough half them are people getting scammed out of there money or “bugs” preventing them from continuing. Until more reviews come in that are positive about this not being a scam. I would not trust this app. Or at least if they could contact the players about this tat would be nice.
By NoLifer2020

Just what I needed in these crazy times to distract myself when feeling stressed by the state of the world. It was a nice balance between something like Second Life or Animal Crossing which is way too involved for me with a whole social network and economy and something dull like The Sims with no plot or real engagement. You get some choice in the story while still being taken on a journey. The graphics are beautiful! I'm not big into games so maybe its normal, but I thought the attention to detail was incredible. I could see it being boring or silly to some people who like a faster pace and more mature characters. I was excited that you could do all sorts of things, sometimes mundane or unimportant like turn on music or take an unneccessary photo, other times integral to the plot. I was also happy the story and characters had a little edge and darkness. Was like a game version of an intriguing YA novel. Not to say adults cant enjoy it. Im in my early 30s. Hope to discover more games like this!
By bmc121389

Idk if it’s just mine but the first time Max tries to rewind in the classroom it doesn’t finish the rewind. It will start the rewind but the whole screen just freezes before it ever finishes. I’ve tried it over 20 times now and it still won’t let me get past it. Oddly enough, however, it works fine when I play in collectible mode... but I can never advance further in the story mode.... I really want it to work because I’ve heard many good things about the game and I was excited to read through the story.
By Oliv3r qu33n

I spent about $9 for the entire game pass, but it didn't do anything, and then I spent $0.99 for the second level, a game so good that it cheated consumers out of their money
By tbabtm

This game is a scam! Do NOT get this game, it will not let you play it.
By TukTuuk

This is one of the best games ever created.

There’s something about this game that had me so invested both in the story and emotionally that I’m honestly awestruck. Whatever cosmic energy needed to align to make this game happen, I’m so happy it did. 10/10, 100%, 5 stars. Incredible.
By Dylan_mw

Do not get the game

I love life is strange. The art, music and story line is great. However I bought all the episodes on this app. When I got to episode 2, only episode 2, there was a glitch. I can’t get back into her room to get the book. So I can’t move on. I have done everything I could think to fix this glitch. But I can’t fix it. So the money that I spent on this game was wasted for nothing. As much as I love this game. I’m recommending people not to get it. This is because I’m reading reviews and it is every other review that people are saying that they are running into the same glitches.
By andie.B.

Hi so I’m sharing my experience with you may not have had the same experience but when I was looking for a new game to download I had seen this game and realized I recognized it from a youtube video about it from Kubz Scouts and I had watched the series so I knew it was a great game then I downloaded it and it was going great asking me like how I want to play do I want to use a joystick I gave you all the settings or anything that you need it for the game but as soon as you start playing you end up in a thunderstorm but I couldn’t hear any of that so I check the volume at the like a little time to play in the scene if in watching some more videos just to see if you were supposed to be that way and it was turned up so I had when I went to the settings( actual settings) to check and see if my volume goes up and I even went to check again to see if that was something wrong but nothing worked so I’m just making this so they could fix the bug and I could actually play this game see how it works out for me because I heard is a good game but I didn’t want to be a Karen besides that it is a pretty good game.
By ✊🏻✊🏼✊🏽✊🏾✊🏿 BLK

i love this game very much it’s always been one of my favorite games even after all these years and after watching my favorite youtuber play it over & over i decided to get it for myself & it was such a great choice! i played the first ep for free & knew i had to buy the rest it’s 100% worth ur money. it takes up a lot of storage but it’s really nice that you can delete a chapter whilst still keeping your progress. it’s such a nice game to play while passing time and the story is amazing & the dialogue and don’t get me started on the scenery it’s to die for. buy this game & stan pricefield for clear skin 🥰 you bet i’m gonna buy the second game soon
By bailey.9

Soo...In the game there’s swearing..every minute..and I feel like children don’t get good games...so..please make it more kid friendly. Good bye and have a nice day.
By nugget the bug