LEARN GUITAR - LESSONS WITH 1M+ USERS Learn how to play guitar simply with lessons taken by over 1M users. Justin Guitar is the ultimate guitar learning app, created by the world’s best guitar teacher - JUSTIN SANDERCOE. This guitar learning app is designed for complete beginners using Justin’s tried and tested teaching method and techniques developed over 20-year experience of teaching millions of aspiring guitarists just like you! Learn guitar in a fun and easy way – our step-by-step lessons that show you exactly what to learn, how to practice, and which songs to play as you progress so you’ll be able to play the music you love in no time! WHY JUSTIN GUITAR IS THE BEST WAY TO LEARN GUITAR: • It’s like having your personal guitar trainer! • Learn to play guitar from Day 1 • Fun & effective guitar lessons for beginners • Course level: beginner Grade 1 & Grade 2 • Structured learning path & interactive exercises • Hand-picked songs to practice for each module • Bite-size lessons to learn guitar at your own pace • Over 1,000 hit songs – plus new songs are regularly added! • Innovative color-chords helps you learn chords faster • Easy-to-use guitar tuner • NEW sound technology - just like playing with a real band • NEW Vocals option with backing tracks YOUR PERSONAL GUITAR TEACHER Renowned for his friendly and engaging teaching style, Justin makes guitar lessons fun and effective as well as keeps you motivated throughout your guitar learning journey – just like having your own personal guitar trainer! Justin has a great way of explaining and teaching guitar lessons for beginners and makes even the most challenging skills such as guitar chord changes or strumming seem easy to master. NEW DAILY PRACTICE ROUTINE Only on Justin Guitar app - The Daily Practice Routine combines all essential exercises for each module into a fun and effective 10-min practice routine which you can repeat daily until you're ready to progress to the next module. ‘REAL-BAND’ EXPERIENCE WITH NEW SOUNDS & VOCALS Introducing the new state-of-the-art sound system which delivers the experience of a real band and added vocals option. Now your practice session will sound just like you're playing with a real band and your very own lead singer! EVERYTHING YOU NEED TO LEARN GUITAR IN ONE APP Tuner, Songbook with chords filter, beginner-friendly song player with unique color-chords & many more. We’d love to hear your feedback - email us at justin.ios.feedback@musopia.net Important subscription information Justin Guitar offers several FULL ACCESS subscription packages that unlock unlimited access to the entire song collection of Playground and all the stages of the Guitar Learning Path. New song releases are also included. Subscription purchases are charged to your iTunes account upon confirmation of the purchase. All subscriptions will AUTOMATICALLY be renewed unless the auto-renew is turned off at least 24 hours prior to the end of the current period. Your iTunes account will be charged a renewal price equal to that of the original subscription within 24 hours prior to the end of the current period. You can manage your subscriptions and turn off auto-renew by going to your Account Settings after the purchase. Subscriptions are non-refundable and may not be cancelled during an active subscription period. Our privacy policy can be found at http://musopia.net/justin-privacypolicy Terms of use: https://musopia.net/terms 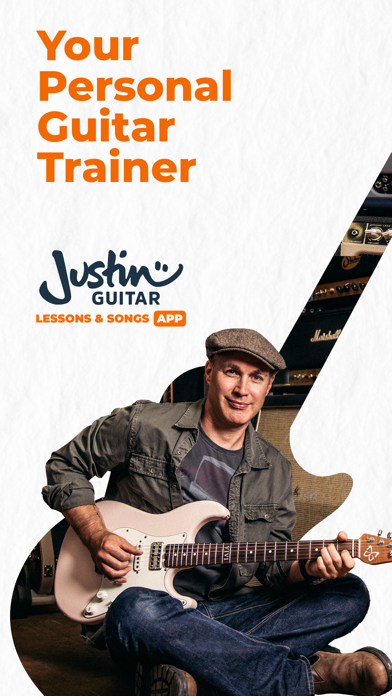 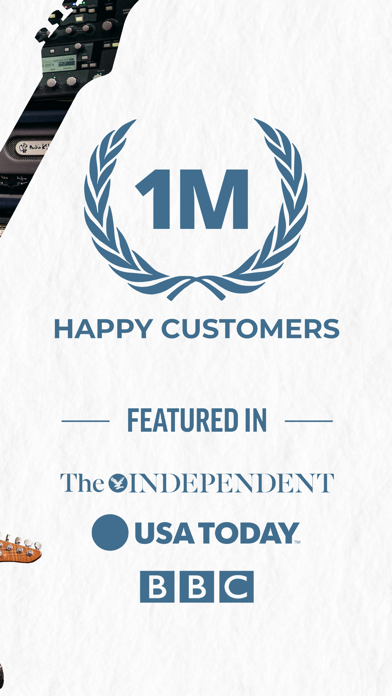 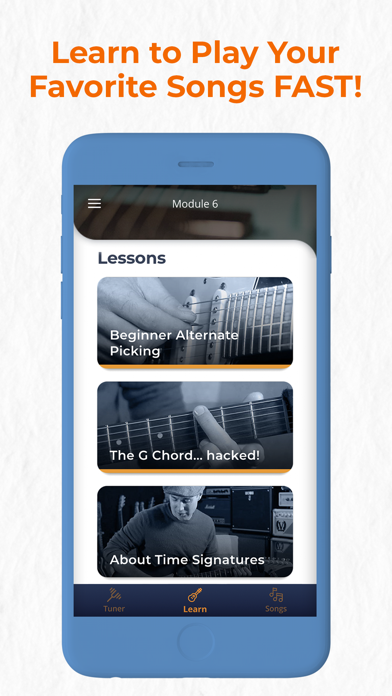 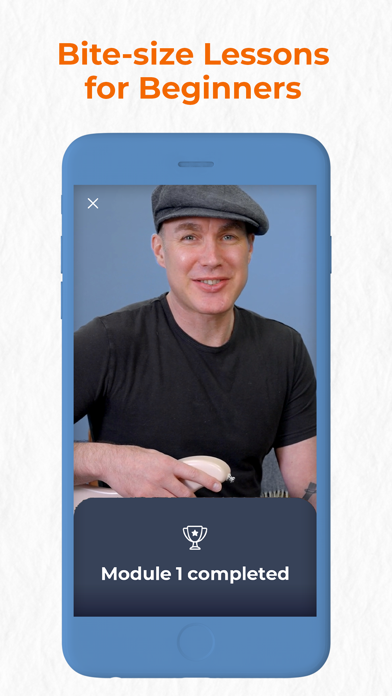 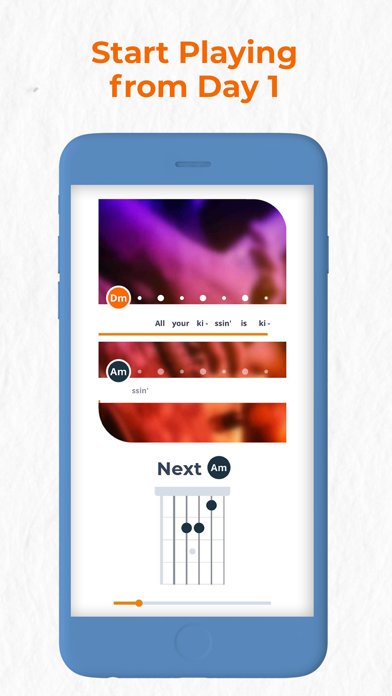 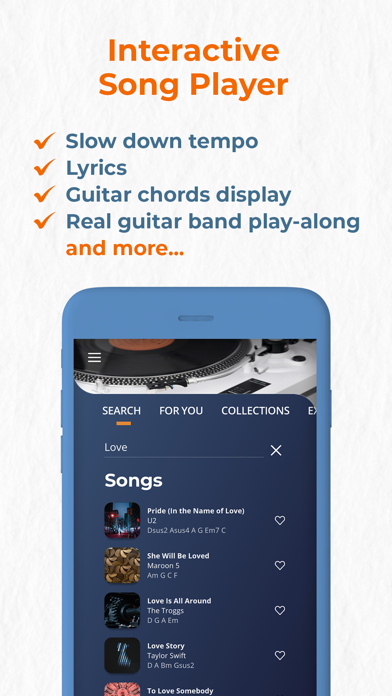 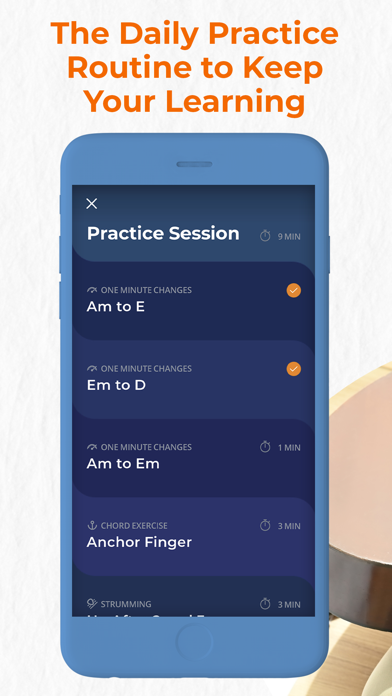 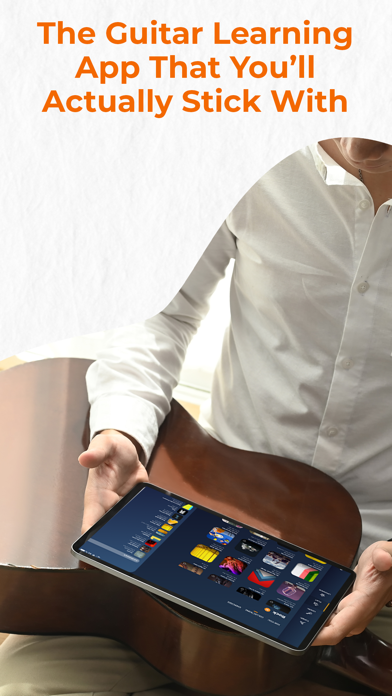 Was a 5 before update

Firstly Justin in a fantastic Tutor spent 2-3 Years using his App, Website. But what a mess this new update is, i am doubt they did proper user testing especially around the songs. The mix is overpowering with the vocals, there are errors in chord progression not matching the backing track (e.g Sailing, sitting on the dock..) the chords suddenly appear at the bottom whereas before had time to see ahead. What idiot decided you have to hit the “album song” icon which u cannot see so small, then again press play, wait forever for it to start(guess its streaming) of course if u want to check chords and pattern thats another long wait, then pattern of drum clicks is confusing with rythym click. Songs sometimes stop or wait due to buffering, then end of song, press exit (another long wait) then repeat process for next song, kills any practice play along session, where are my playlists. Next time let me be a Beta Tester ….hope u fix it soon Update: i realized i had the old version on an iPad Mini - wow i used it last night and confirmed all the things i miss 1) i can scroll very quicky through the song list and see in very big letters the name of the song, not some winchy little album icon 2) at the end of the song it shows me the next song and continues 3) you can read the lyrics easily even on a ipad mini 4) you can actually hear the drums in the mix to keep time!! 5) the chords are clear to see, not lost in some weird scrolling graphical shading 6) the vertical timing bar, chord shapes are in time 7) i can change my backing track mix 8) i can smoothly adjust tempo not locked to 10% changes 9) in strumming i have a real guitar sound with a chord as opposed to some “clunk” that is confused with the click beat 10) i can smoothly change strumm tempo 11) i can use a capo 12) i can use offline without the internet 13) its FAST Apart from that not much difference !! Sorry Justin you are amazing i am sure you will fix this In the meantime i guess i am lucky, as i have the best of both as long as i dont hit update. Please can u fix the performance its so SLOW, when exiting screens and multiple presses on the “x”. Also can u be specific on what are the fixes? Honestly i do not see any differences after all these updates, most of the songs still do not have the basic backing track like the old version. Thanks
By timpanglao

There are so many things about this course that it’s hard to put them down. I like the way Justin takes us methodically through the courts, gives us lots of hints and tips, and has songs we can play along with to practice what we’ve learned. I like the riffs he teaches at the end of each lesson. Also, his overall friendly and cheerful demeanor which is a good part of the reason he has so many followers!
By Sonoma Hiker

I had some musical background but no strings experience whatsoever. I had tried the guitar tricks app for about a month and I was bothered by some things about it. I had seen a couple of Justin’s videos on YouTube and heard about the app elsewhere so I decided to try it. It has been really great for me. I am a pretty busy guy and the app allows for me to basically get lessons wherever and whenever. I highly recommend this app to any beginners who want to teach themselves.
By Nickname2463417983(444153

Font too small through app. Ive changed overall font settings but font doesnt change inside app. Lauout confusing. Im unsure where to click next to do or restart modules after you exit & go back. Not intuitive
By MeHonD

I have been trying to play songs correctly for almost 20 years and Justin is the best instructor I’ve found! The way he teaches with the different variations of strumming, picking and even finger style! Which is what I feel most comfortable doing! Thanks Justin and please keep it up
By nicknames annoying

Good with some differences

The app is good for learning the songs. After module 2 you have to pay $10 a month to play along, which I have found worth to do. Gives the chords, slow BPM down or play 100%, and a lot of songs. Only thing I’ve noticed is on Justin’s website he says over 1000 songs but it seems more around 900 when looking at the library. That is still a ton of songs though. Also I Walk the Line by Johnny Cash is recommenced in module 2 but I do not see a version using only E, A, and D chords. It’s the full chords of the song to play along to.
By hereisanicknamebub

This app has helped me a lot at playing the guitar! If you are wanting to download this app you really should!
By .......kitty Afton

If you tried this app before, give it another shot

This app is great for beginners and intermediate players. The new update is really great. Thanks, Justin.
By Ry Hainesss

I have been messing around with trying to play the guitar off an on for a number of years without making much headway. Yes, I did the YouTube route too and have many DVD courses and guitar books and tabs. On one of the Fender guitar blogs Justin Guitar was suggested as one of the best ways for a bigger like myself to learn guitar and not pick up a lot of bad habits. Justin‘s guitar app is great as it takes you right from learning the first chord telling you how to form the chord and how not to damage your hands or shoulder. Justin tells you what to practice and how long. He doesn’t miss anything in his app and one of the best things is the backup tracks where you can pick practicing with the backup band and another option to add the vocals. They are first rate recordings of the songs. Another great thing is you can slow the tempo down when you are first learning the song. I purchased the app as I thought it was awesome! I’m 66 years old and just retired. I don’t learn guitar as fast as a younger person would but it is still a great feeling to see my progress. I believe Justin’s guitar teaching method will finally get me to the place where I can enjoy playing the guitar. My wife was get awful tired of hearing me just play Wildwood Flower! Thank you to Justin and his team for all the hours they have put in to give so many the opportunity to learn guitar. MJG
By mgard007