Leaderboard subscription required. Make your investing simpler and your portfolio stronger. Leaderboard is a premium investing research platform that gives you winning stocks and concrete trading action plans. Our market experts and proven system do the hard part for you. The result: a better portfolio and bigger profits in less time. The team behind Leaderboard engineered a new way to research stocks. Leaderboard combines powerful investing tools—technical and fundamental data, computer algorithms and human insight—into one streamlined experience. And it’s unlike any other investing product because we have a team of market experts to coach you 1-on-1 for no additional charge. Best of all, Leaderboard works everywhere—all of your desktop, tablet and mobile devices—with a single subscription. Get it today and see how much more money you could be making! Leaderboard is the all-in-one investing tool that gives you: • Top-performing stock lists • Complete trading plans written by our team • Free 1-on-1 training with our Product Coaches • A personalized experience with custom alerts and stock lists Leaderboard is free to download. Subscribers get full access to this app as part of their subscription. After the 14 day free trial, your membership will automatically renew each month, and you will be charged $69.99/month through your iTunes account within 24-hours prior to the end of the current cycle. You can turn off auto-renew at any time from your iTunes account settings up until 24-hours before the end of the current period. Your subscription remains active until the end of the period. Try us free for 14 days! If you enjoy your Leaderboard trial, do nothing and your membership will automatically renew every month. Unlimited access for $69.99 per month. Cancel anytime. If you subscribe via iTunes: Payment will be charged to iTunes Account at the confirmation of purchase. Accounts will be charged for renewal within 24-hours prior to the end of the current period. Subscriptions may be managed by the user and auto-renewal may be turned off by going to the user's Account Settings after purchase. Any unused portion of a free trial period, if offered, will be forfeited when the user purchases a subscription to that publication, where applicable. If you have any questions about how the app functions or how to access your subscription on other devices, please contact us at (800) 831-2525 or outside the United States at (310) 448-6600. Privacy Policy: https://www.investors.com/investors-business-daily-privacy-policy/ Terms of Use: https://www.investors.com/home/investors-business-daily-inc-terms-of-use/ 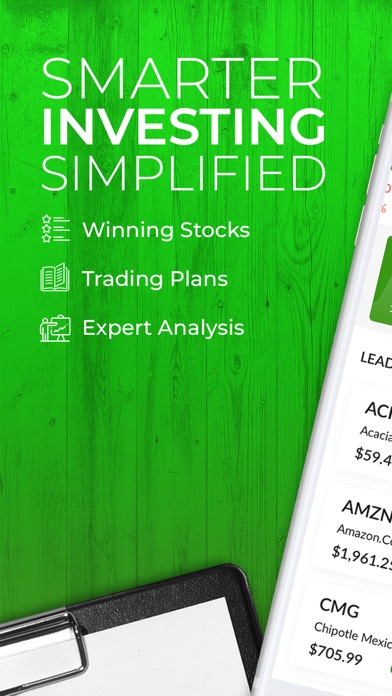 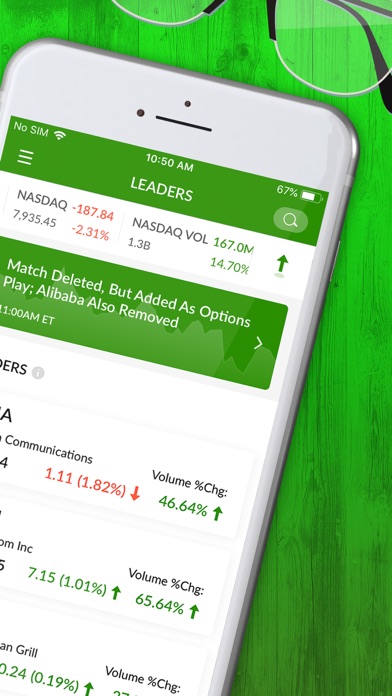 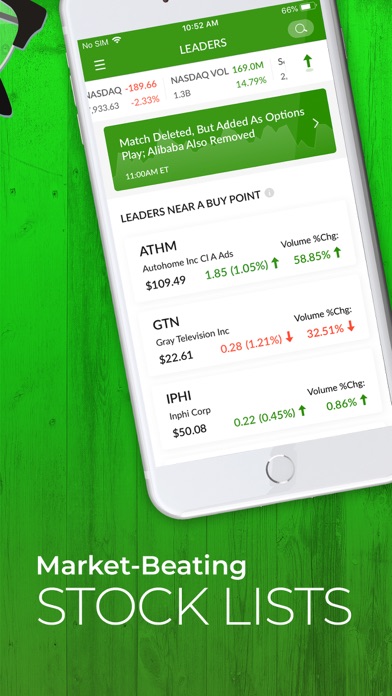 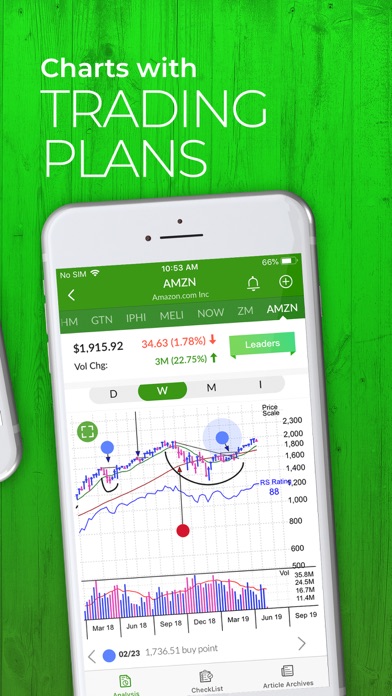 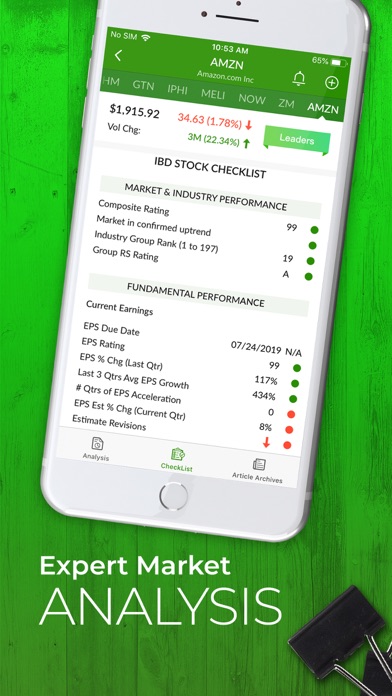 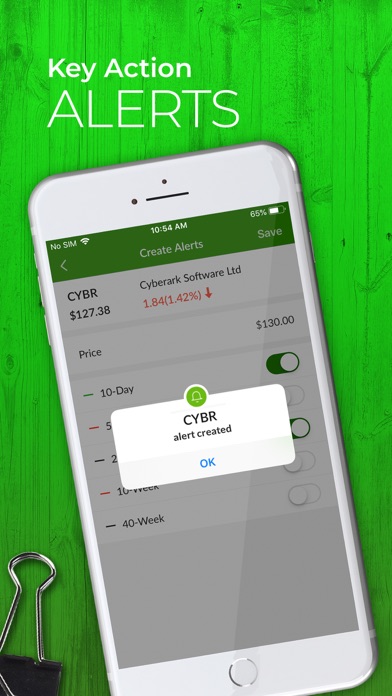 App never updates til next day
By Ace1139

Your better off with IBD only

I bought the subscription because the ad stated it would come with buy and sell points and alerts. And…….nothing
By hsbndkei

This app does not work on an ipad. It does to take advantage of the extra real estate of the screen. It does not move. Could not see the entire chart of any stocks. Very disappointed for this app on my ipad.
By B46jr

This app DOES NOT work on an iPad. People have pointed this out for over a year now. It stays in portrait mode only. It doesn’t even enlarge to the full screen. You have to remove the iPad from the keyboard, turn it for portrait mode only, and use the screen keyboard. The app is clearly not responsive design as it stays in iPhone format in the center of the iPad screen. Appreciate any effort to fix this problem.
By PappaBoz

Another IBD app stuck in the past.

Hard to believe IBD is still putting out iPhone apps for the iPad. Any app that needs the 2x button just to fill the screen (instead of providing a true iPad or universal version) is an app stuck in the past. The information may be solid but if IBD is taking this type of shortcut, where else are corners being cut? These subscriptions aren’t pocket change... at least provide a decent full iPad app. To use on my iPad w/keyboard… I have to remove it from my keyboard in order to rotate it to the vertical configuration and then I have to use the expand button in order to get it to use a reasonable portion of my screen. It’s not a useful use of the space… just a blow-up of what is already there. I find it disappointing that a company such as IBD still can’t correct this many years.
By ForceFour

The app only loads a small square image that appears to be a small fraction of a page in a portion of an otherwise blank iPad screen. Nothing else happens. Deleted the app from the device.
By Nomad3512

I learned how to trade correctly using Leaderboard

It’s not a strict implementation of CANSLIM but it is based on the same set of principles. I’ve learned so much using Leaderboard and attending the monthly calls, listening to the podcast. I’m not entirely sure how they source the ideas, but I assume they use a combination of judgement and IBD tools like Marketsmith. The only potential negative is I would rather plan out my days and weeks than react to intraday recommendations. Occasionally there are new positions that are added without starting on the Leaders to Watch. Some stocks can move very quickly. Also, during extreme volatility, some of these can make big moves down. To anyone considering using: remember, it is your money and your responsibility alone for how you manage your capital. You can lose money. Treat Leaderboard as a way to learn and you will get tons of value.
By NP Reed

Come on IBD, this app does not work well on an iPad. I see complaints here from a year ago & you haven’t fixed it. It’s just a shame.
By maximim678