= PocketGamer Big Indie Pitch Asian Division Winner= = IMGA Selected Game= = Indieplay, Excellence at Visual Art, Nominee = “Great example of storytelling and point and click genres…Absolutely loved it.” --PocketGamer With the pace of technological development, our lives increasingly rely on machines. But is that a good thing? Technology can lead us astray, but it can also be our redemption… One day in the distant future, the obsolete household robot Abi finds the hibernating industrial robot DD, and together they escape the warehouse in which they have been locked away. Once they get out, they discover that humans have mysteriously disappeared from the earth. Where did the humans go and what can explain their disappearance? It’s up to you, Abi, and DD to find out. In this one-of-a-kind and mysterious world, you will experience: -Unique gameplay. Switch between the two main characters and unlock the secrets of this intriguing world by solving puzzles. -Stunning artwork throughout, depicting an abandoned yet surprisingly beautiful world. -Musical Score by well-known composer creates an immersive experience. -A moving and thought-provoking story -An intriguing post-apocalyptic journey Website:http://abi.lilithgames.com/ Facebook:https://www.facebook.com/AbiIndieGame/ 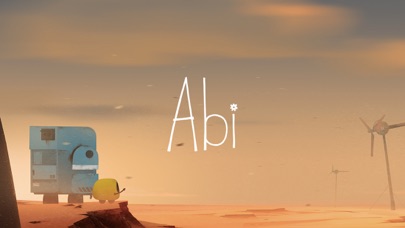 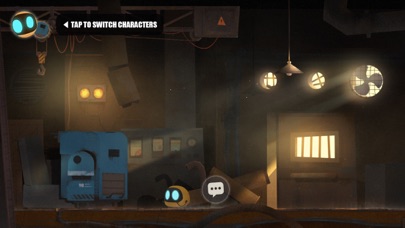 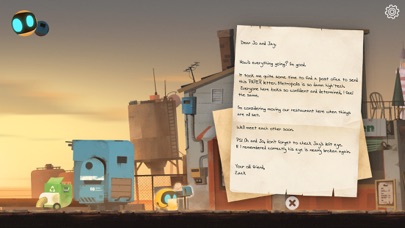 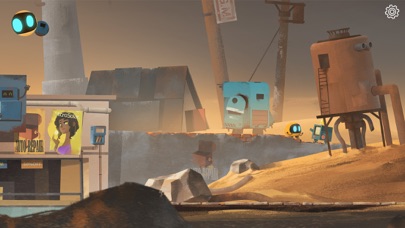 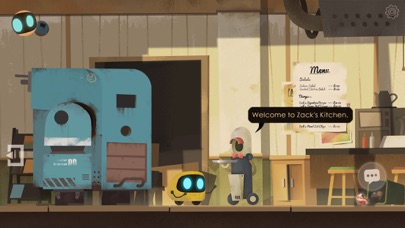 I loved the graphics, characters, and storyline! It wasn’t as long as I would have liked, but that is a common issue with games - especially those that you enjoy. Just a couple suggestions: - Some parts of the dialogue went too quickly with no way to repeat. Perhaps make it so you tap to continue - the ending was a little too abrupt. I totally get wanting to keep us wanting more - and I do! - but it would have been nice if there was some kind of more satisfying end. Since we don’t know when we purchase this that it is only the first part of an ongoing story, the ending doesn’t stand on its own. - release the next phase of the game already! Thanks for the beautiful work and imagination.
By doritoe

This game is beautiful and I love the characters. But it was a super unsatisfying ending - basically seemed unfinished. Not really worth the purchase.
By Caitlin1118

...puzzle adventure. I’m on the third chapter and am thrilled with this very unique, artsy puzzler. The post-apoplectic world is beautiful and interesting and the associated story line is charming and engaging. An update is forthcoming on the length of the gameplay but so far Abi is well worth the price point! Thank y’all devs! Update: it is a bit short but still worth the price because it’s so very well done. Plus, by supporting the devs we get more great games like Abi. The end of gameplay and not finding DD's bird friend left a huge opening for a sequel. Bring it devs!
By _jbrown

I bought it and I rarely buy things because I want something worth my money great story but it is way to short if you need ideas I have some (they enter metropolis then find no one but bots they explore three buildings all to find the zoo where the bird is then they look for a growing camber to grow Jamie’s body back then the collector strikes again this time trapping them in a maze after figuring out a pipe puzzle they escape into a cyro chamber (empty) where they have to free the system from the computer virus then they travel across a swamp giving food to robot crocs to pass by and Jamie with his new body finds a laboratory and trying to bring their friends back they only succeeded in bringing the child back then they build a home and rebuild the garden the collector finds them again but after a puzzle to get into the basement they find the collector gets collected and torn apart by a robot snake who then leaves and after finally freeing the parents and finish building the home it becomes a place for robots to get repairs and the story ends there. (Possibility traveling through ice jungle ocean and herds of robot animals along the way))
By Rarely happens I do this.

Nice art, interesting (short) story, and very appealing characters. Unfortunately due to physical limitations I’m unable to complete the game or even enjoy the whole game. Did not realize there were timed parts that require coordination.
By Anti-(fill in the blank)

This game is beautiful and everything I look for. Unfortunately it’s too short and unfinished. Left wondering. I’ve seen your comments about more chapters coming soon but those comments were between 1-2 years ago. I will be extremely disappointed if we can’t figure out the rest of the story 😞
By Gabriiellegrace

Disappointingly short and way too easy

While the cute style of this game was nice, it wasn’t worth the money. You should be able to play a puzzle game for more than an hour-ish. I finished this quickly, and none of the puzzles were challenging in any way. Two stars for style and cute, negative three stars for value and play. Meh.
By mwdon

Could of been a great game but for the story. Not because of its length, but its ending. It’s not so much as a cliffhanger, but a story cut in half. I can bet future episodes were in mind throughout the development stage.
By KwikSilver14

I really enjoyed the game and playing both robots in turn to solve the puzzles, but I feel as if I just read the first chapter in a book and am very disappointed that there is no resolution or a second chapter.
By KDCartlidge

And the music. Characters were appealing and sweet, and the gameplay was fine. Very much disliked the ending... no resolution, and I can’t believe they’d just leave the one behind. Seemed very out of character. I hope they’ll come back with another chapter or two and finish it another way.
By Wovengold