**IMPORTANT NOTICE: Mafia III is an EXTREMELY large and graphically intense game. Please be sure your Mac meets or exceeds the system requirements before buying. Revenge your way. It’s 1968 and after years of combat in Vietnam, Lincoln Clay knows this truth: family isn’t who you’re born with, it’s who you die for. Now back home in New Bordeaux, Lincoln is set on escaping a criminal past. But when his surrogate family, the black mob, is betrayed and wiped out by the Italian Mafia, Lincoln builds a new family on the ashes of the old and blazes a path of military-grade revenge through those responsible. Intense gun fights, visceral hand-to-hand combat, white knuckle driving and street smarts will all be needed. But with the right crew, tough decisions and some dirty hands, it’s possible to make it to the top of the city's underworld. • Additional information about Mafia III • If you encounter problems playing the game, please visit support.aspyr.com. Our Customer Support team is happy and eager to help. Your feedback helps us make better games. In order to run the game with satisfactory performance, your Mac must meet these minimum system requirements: Intel i5 (4 cores) 3.2 GHz CPU Speed | 8 GB RAM | 50 GB free disk space | (ATI): Radeon R9 290X | 2 GB VRam Peripherals: Two-button mouse and keyboard, Microsoft® Xbox 360 Controller for Windows®, Microsoft® Xbox One Controller, SONY® PS4™ DUALSHOCK®4 wireless controller, SONY® PS3™ DUALSHOCK®3 wireless controller, Logitech RumblePad™ 2, Logitech™ Dual Action™ IMPORTANT: Mafia III REQUIRES an AMD video card with AT LEAST 2GB of VRAM. NOTICE: Intel Graphics Cards are not supported NOTICE: NVIDIA Graphics Cards are not supported NOTICE: This game is not supported on volumes formatted as Mac OS Extended (CaseSensitive) © 2016 Take-Two Interactive Software, Inc. Developed by Hanger 13. Mafia, Take-Two Interactive Software, 2K, Hanger 13, and their respective Logos are all trademarks and/or registered trademarks of Take-Two Interactive Software, Inc. The Ratings Icon is a trademark of the Entertainment Software Association. All other marks are property of their respective owners. All rights reserved. Published and distributed by Aspyr Media, Inc. Aspyr is a registered trademark of Aspyr Media, Inc., and the Aspyr star logo is a trademark of Aspyr Media. All rights reserved. Mac and the Mac logo are trademarks of Apple Computer, Inc., registered in the U.S. and other countries. The ratings icon is a trademark of the Entertainment Software Association. All other trademarks and trade names are the properties of their respective owners. All rights reserved. 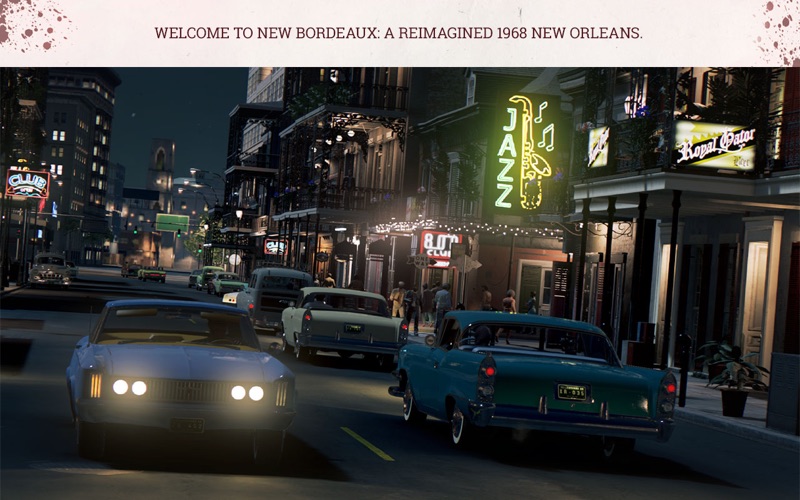 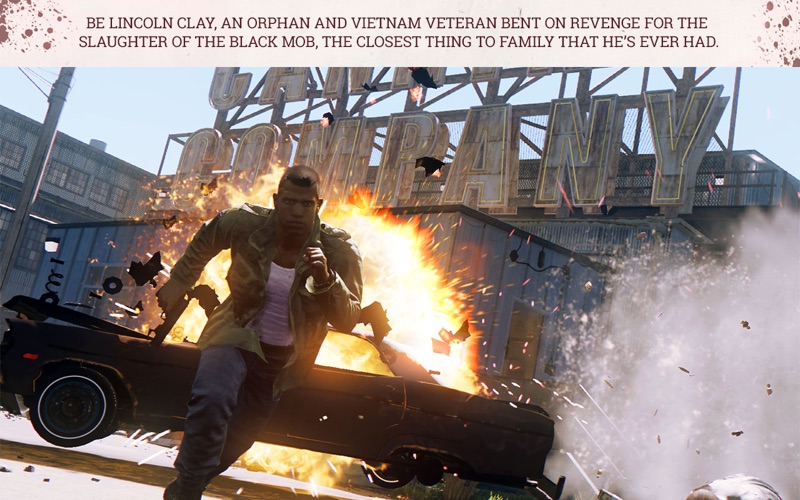 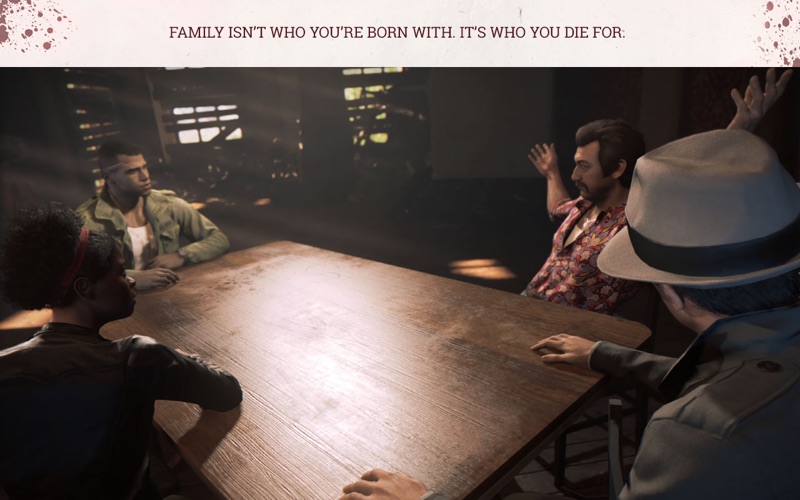 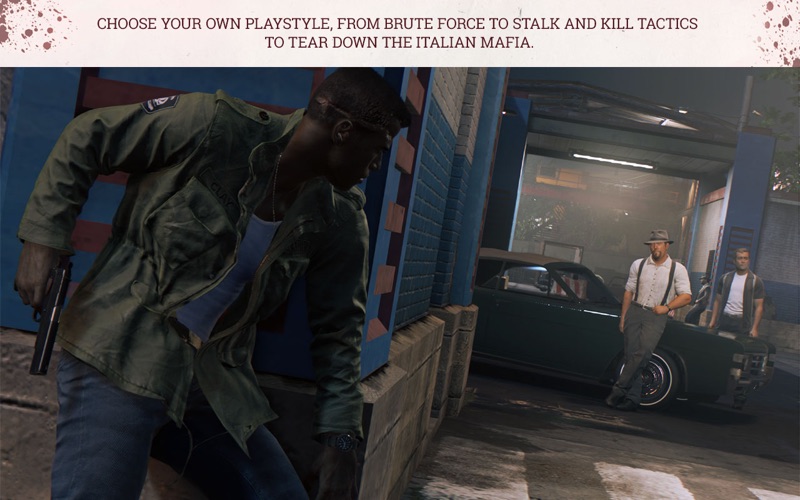 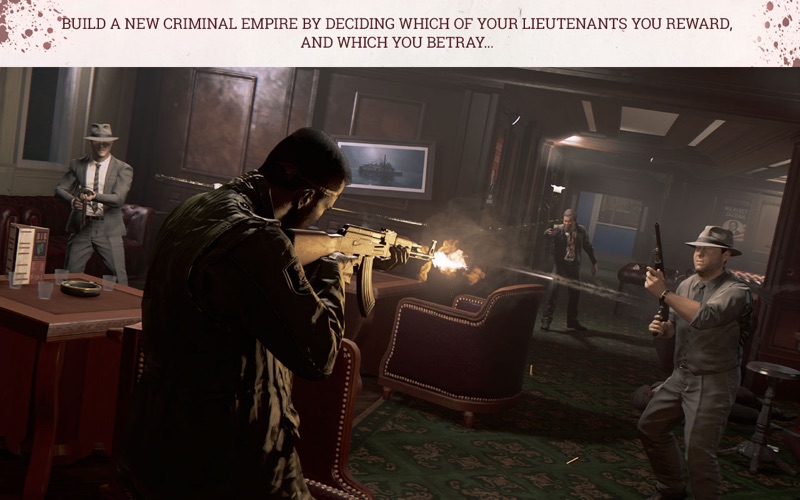 This game is full of glitches and the graphic ..

Purchased this game when it first came out and it ran just fine. I had to unistall it to make room for other files. I donwloaded it again and discovered that it is full of glicthes. Mac should remove it from its app webiste. It is not honest to sell a game that doesn't work properly.
By jazz1968

Been playing for a while, forst on my iMac 27" i7, which played great. No slow-downs, even with settingso on high. Now on my iMac Pro, plays amazingly. Fun game, hate the controls. Others mentioned bugs, freezes, etc. Haven't experienced any
By Ray The Video Guy

when i click on the app it gives me a pretty good menu but when you press play it automatically closes. Please fix and i will change my review.
By Bajohnso

Very Dissapointed: Do Not Buy

Mafia III will freeze up, error out, and is full of bugs. I am remarkably dissappointed with how such a in-depth game could be so poorly maintained. The screen will freeze while game play continues in the background. You will have no other option but to restart. The game is also full of bugs. Objective markers will lead you to locations with no enemies or vehicles to steal/ bring to your allies. You literally cannot continue in the game and will have to completly start over…but only to be stuck again. For such a pricy game, you would think playability would be on point. You would be incorrect with Mafia III. Don’t buy on Mac. Don’t waste your money. Play on another machine/console.
By steverisinger

Top notch adrenaline pumping action from the get go. Requirements were high but the Mac I run this on eagerly accepts the challenge. (2 year old Mac Pro). It like a modern-day Grand theft auto but oh so refined with the state of the Art graphics. However this game has a greater story to it. I made my purchase a month ago and have enjoyed Daily periods of play time since. No dissapointments here. I feel this game is so good that it has re-playability at a harder levels. And Im sorry but the graphics are drop dead gorgeous to me and I have never seen better in a home computer game. Keeps me busy during my down times when I have time to play. Nice writing so far. Great voice actors. Fun at a new level.
By Super Secret Agent Man

Nice game, but a bit blurry

This game is upscalled and blurry. other than that it's ok.
By Bytuf

Its a good game. Besides its few glitches here and there which get annoying, you work around them and keep going. But when the game ends, it ends. Theres nothing to do. Kinda like it could have been 100% but its only 80%. cant get into the one part of the map without bying more? no thanks. Would i buy it again? No. too expensive for not after gameplay and no online. seeing that gta5 was 50 and this is 40, and theres so much more in gta5 this is just meh. Its good in its own way, but its not special.
By BlackJack63859362859

I usually wait before buying apps, at least until some reviews are in. In this case, however, I so enjoyed Mafia II that I jumped on Mafia III right away. I was not disappointed! There are differences, of course, and a minor glitch or two, but it is very satisfying. It’s challenging enough to be interesting, but not so difficult that I get stuck and can't go on with the story. I sometimes have to try alternate approaches, routes, or weapons in order to win a mission. I have not finished the game, but I have lost track of how many chapters I have completed. It is running very smoothly on my MacBook Pro (mid 2015). Support said this processor was too slow, but it flows quickly and smoothly, with hardly ever any kind of stutter. I have a number of utilities running in the background all the time, so the game itself may not have stuttered at all. The game runs so well, I haven’t bothered to turn other things off. Update: I eventually found out you could drive boats around under the city in the canals. When I found out you could also explore tunnels off these canals, I was blown away. This city is massive. You don’t have to strictly do one missiona after another in a particular order. If you get tired of one kind of mission, you can just pick another one that contirbutes to your overall goals. Also, if you just happen to notice some bad guys in a building as you drive by, and sneak in and go after them, you can have some fun, gain the appreciation of your bosses, and collect some more loot in the process. This game is such a blast!
By EEK47

Love the game. Controls are a little wonky but easily corrected. Also if they could get rid of the little black square when shooting and walking that would be nice. Also if playing on a laptop make sure fans don’t get too hot or it will shut down your whole computer.
By KRP1992