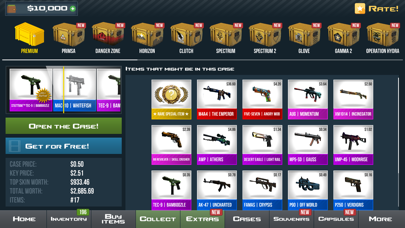 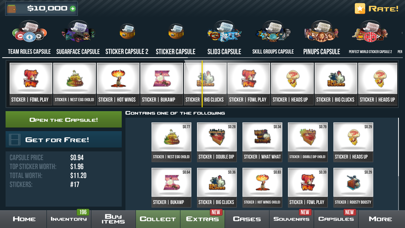 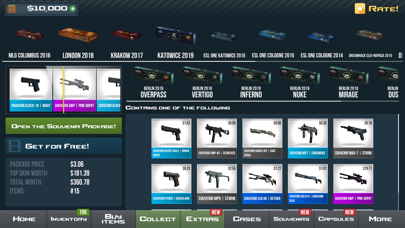 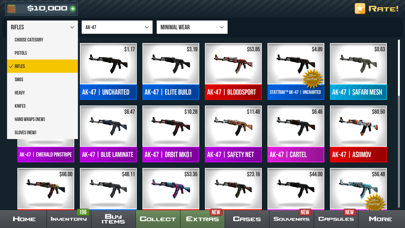 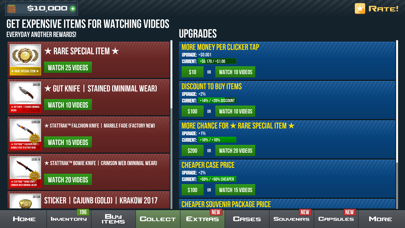 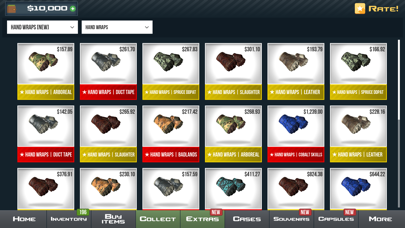 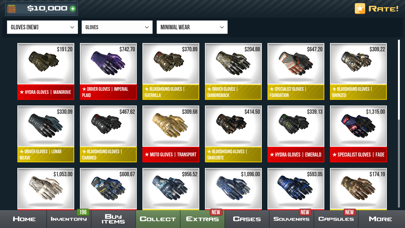 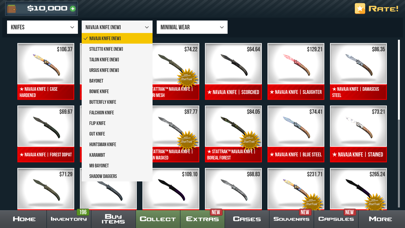 There’s a game called chase case and it is significantly better than this.this used to be good but then they screwed that up so just play chase case,better
By Dubbmaxx2

Soooo I used to love this game... you could just open cases pull knives get skins sell skins trade with friends... and now this game is a joke! You can’t even open cases it’s like a little side square box. It’s all about money now. Please go back to the old version or release a separate old version even for 5 bucks, 10 bucks! I’d rather play that then this garbage :(
By Brennon65

upgrade system doesn’t work. too tedious when it comes to clicking. either make the initial tap amount more or fix upgrade system. also when i sell a skin right after i open it, it doesn’t give me the money. i have to save it first then sell it for it to work. would play a lot more if these issues were fixed.
By Dnsnendne

In app purchases make no sense but whenever you get a skin you can sell or claim it but the price dropps if you keep it and sometimes you get no $$for selling your weapons :/ also the crates aren’t entirely up to date
By Bwargaphango

Game is complete dookie. This game was much better a couple of years ago.
By This boiiiiiiiii

I am an original player from back in the day. I remembered of this game cause it helped me to stop buying cases in the game. I downloaded the game again and to my surprise this game has becomed an In-App purchase fiasco and its pretty much unplayable due to the constant ads that pop up and the time it takes you to get enough money to actually do something. Im saddened by the state of this game and the route that the developers chose.
By Chencho 112233

The game needs to have a way that you can at least get a cent not $0.001 but $0.010 I mean yes there’s upgrades but it’s not like I’m gonna sit here all day and just gather money
By itsmrbabycrabs11029YT