Career opportunities are abundant for certified EMTs, and this straightforward guide increases your chances of scoring higher on the computer-adaptive and practical portions of the exam so you can get out in the field and dispense lifesaving medical care. EMT Exam For Dummies takes the intimidation out of the test, offering everything you need to prepare for. Install the FREE trial and jump start your studying today! When you subscribe to EMT For Dummies, you get: • 120+ practice questions with detailed images • 90+ critical exam topics and resources • Two full-length 120-question practice exams • Detailed explanations of all answers • Hundreds to tips and strategies to pass your exam • Immediate feedback to track your progress EMT Exam For Dummies has everything you need to succeed as an EMT and continue your training, and with an easy-to-read style and focus on the most important details, you'll be ready to pass the exam in no time! Get access to all questions when you subscribe: • EMT For Dummies - 1 Month: one auto-renewing payment of $9.99 each month • EMT For Dummies - 3 Months: one auto-renewing payment of $23.99 every three months • EMT For Dummies - 12 Months: one auto-renewing payment of $59.99 every three months EMT For Dummies offers three auto-renewing subscription options to help you pass your exam. -Payment will be charged to iTunes Account at confirmation of purchase -Subscription automatically renews unless auto-renew is turned off at least 24-hours before the end of the current period -Account will be charged for renewal within 24-hours prior to the end of the current period, and identify the cost of the renewal -Subscriptions may be managed by the user and auto-renewal may be turned off by going to the user's Account Settings after purchase -Any unused portion of a free trial period, if offered, will be forfeited when the user purchases a subscription to that publication, where applicable These prices are for United States customers. Pricing in other countries may vary and actual charges may be converted to your local currency depending on the country of residence. Privacy Policy - http://builtbyhlt.com/privacy Terms of Conditions - http://builtbyhlt.com/EULA Call us at 319-246-5299 and email us at medical@hltcorp.com with any questions. 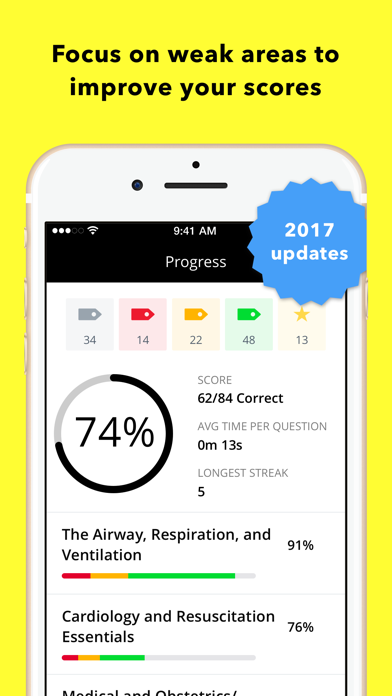 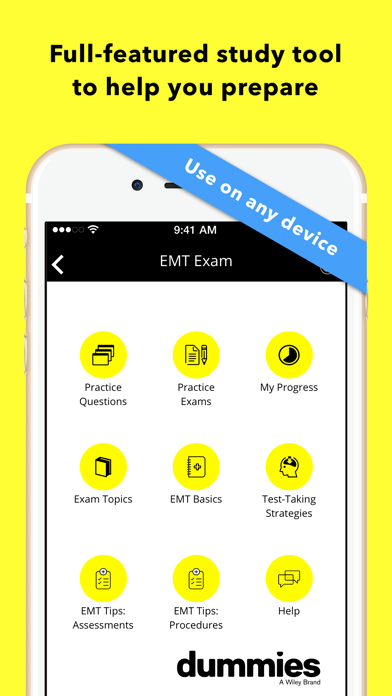 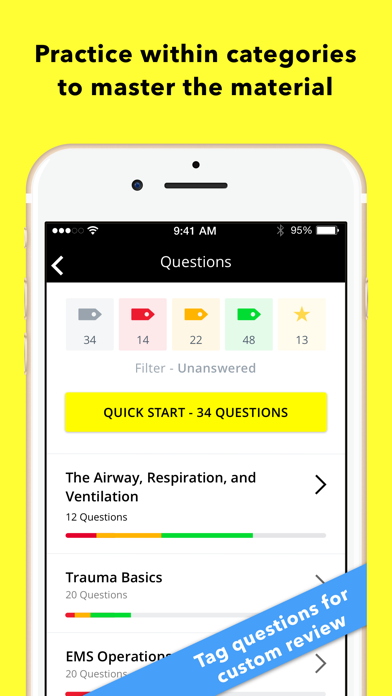 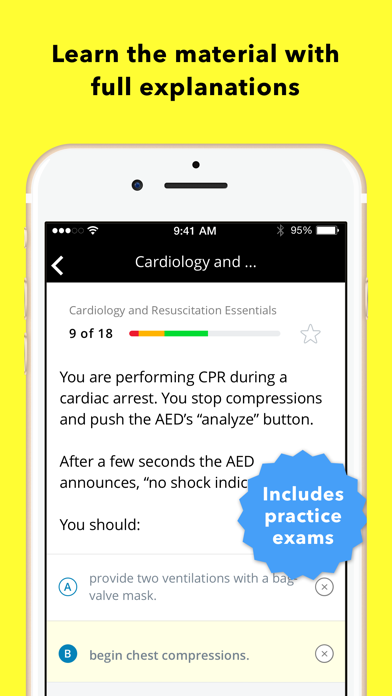 Don’t waste your money. This app throws ABCs and an ordered patient assessment out the window. Inaccurate information. You’re better off reading the book and making flash cards.
By ogsadboii

Not a great preparation for the NREMT

I passed my NREMT through prior knowledge even though i spent a month preparing using this question bank which did little to prepare me for the test. Then when I passed they made it very difficult to cancel a subscription.
By BNEIAD

misleading information in the tests

I am not sure where they are getting the material for these questions. The rationale behind one question in the medical/obstetric section stated that a pregnant woman should be transported in the supine position, which I found alarming. There was no mention of the risk of the gravid uterus compressing the inferior vena cava, resulting in supine hypotension. Further, their numbers for the pediatric ‘Rule of Nines’ were all wrong. They listed each entire arm as 4.5%, and each leg as 9% (correct values are 9% and 13.5%, respectively). Can anybody tell me who wrote these questions, and if they are at all qualified? What is the point of studying the wrong information? Anybody taking the information in this study guide at face value risks failing national registry.
By future ralph

I’ve passed my nremt from studying and using multiple tools including this one. However, I opted to pay for just one month because my time frame to take the test was only one month. I canceled my subscription and after that one month was up and I was still getting charged. I tried to get a refund and google pay won’t even refund me. They’ve gotten $30 from me and refuse to refund it. Even though my account says INACTIVE SUBSCRIPTION. I now have an iPhone and I refuse to ever have anything to do with androids. Until I can contact how I can be refunded I’m giving this app 3 stars. 🤬🤬🤬🤬🤬🤬
By Accelerated User

I REALLY liked the app until it wouldn’t allow me to take a practice exam.
By SavaNuhNuh

Was an amazing app until that last update now it is running really slow and keeps signing out it needs to go back to how it was before!!!
By killacali2323

helped me pass my exam. to the point & helps you think about the questions in the same way that you would need for the nremt.
By Leloooooooo (:

I test today so we shall see!
By mymiahamm9