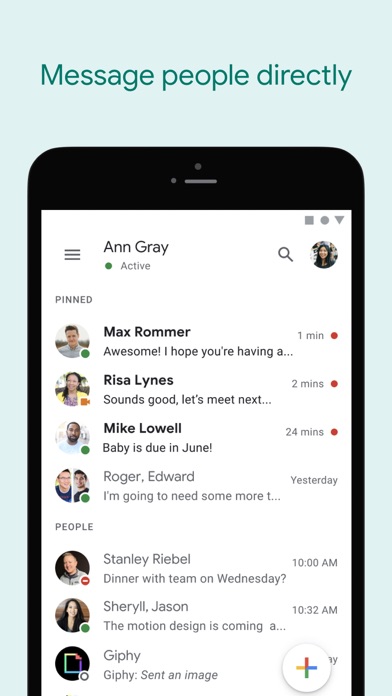 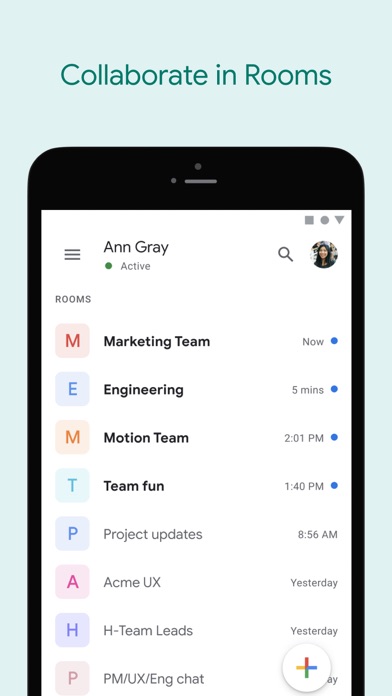 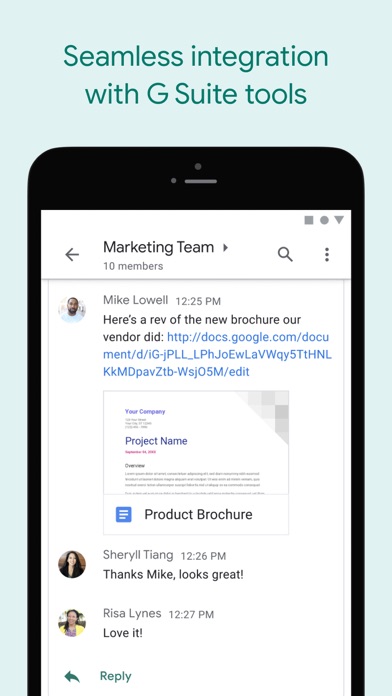 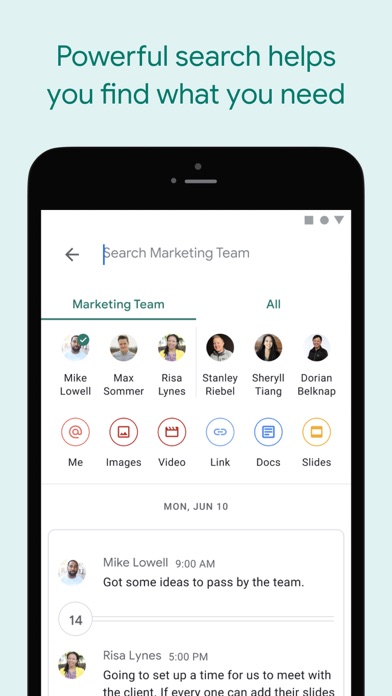 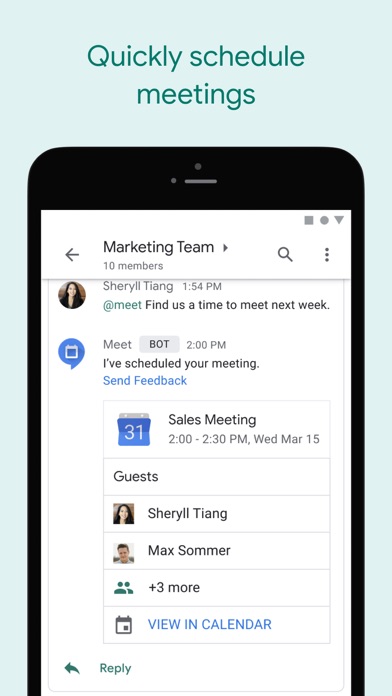 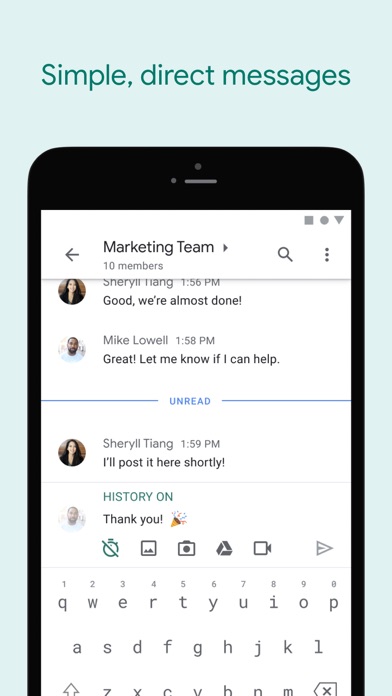 No more switching between accounts

The old app used to allow simultaneous logins which meant you could easily switch between accounts and receive notifications for both. That feature is no longer available. Major downgrade in the app functionality. Happy to update the review when this becomes available.
By Jaycagey

So far this transition has been forced with no lead time on it. Additionally the access of Hangouts was infinitely easier than trying to find acces to Chat. Make It Better OR go back to Hangouts. 3 Stars is being very very nice.
By Not a runner (yet)

Pathetic app. I can see why my company moved from classic hangouts to chat, there are a lot more features we can leverage on web. But the mobile app is really bad. Very slow with receiving notifications, messages lag before loading, no integration with iOS to share screenshots, I get random blue dots next to rooms (which means I haven’t read a message) when I’ve already read all the messages, I have a notification badge which refuses to disappear although I’ve read all my messages. Overall a very bad experience. This app hasn’t been tested before release. Classic google behavior.
By Shreyasarsenal

Couple things: -No read indicator -can’t save an image to phone that has been shared in a chat.
By jefftb78

Can talk to friends on it
By TTV_bitterend

The fact that I just need this for chat capabilities any time I’m away from my desk to make sure I have access to my team, but can’t because it won’t allow me to even get there due to protection of “files” that are never shared this way, is just beyond dumb. I think that should be an additional add-on if needed, but to out the gate require it renders the app useless.
By Possible User

I cannot switch between my Google accounts in the app? Is this for real? This app serves its purpose fine, except that I can’t switch between accounts. (And if it’s possible, as a rather intelligent and tech savvy Google supporter, I can’t figure it out.) Also, why did you have to add this app? Plus Meet? Why so many separate apps? Frustration is growing.
By Ashley in MN

So much function just to have a meeting, creat room, share and not even an option to change status??? Really??? Now I will have constant messages coming through. Yes I know there is a “DND” option but that means I would constantly have to change status every 30 min to an hr? So much work for a basic app! 🙄 So, what was wrong with Hangout again?
By RMD Anonymous

This just made everything worse.

I am very sad and frustrated toward google because my organization switched to google chat and my only good way of communicating was google hangouts. But I couldn’t access google chat on the computer so I cleared some cookies. It worked but on the IPad when I logged in to google hangouts to talk to my friends the google chat advertisement came up. I hit the x and it wasn’t working so I downloaded google chat and... STILL DIDN’T WORK!!! Now I can’t video chat my friends. Also my computer doesn’t have a camera or microphone so I can’t video chat my friends on there unless I don’t want them to hear or see me.
By Roller Coaster123