Easily edit photos and videos with the world’s premier editor! Enhance your entire photo at once using one-tap editing or express your unique vision with precision using manual editing to get the look and feel you want. Put your poise and personality into every post - show the world what makes you one of a kind! -------------------------------------------------------------------------------------------------------------------------------------------- CELEBRATE YOUR SELFIE -Cover blemishes and let the real you shine through -Apply makeup to step up the sass -Refresh tired eyes or explore new eye colors -Add highlights or darken hair RETOUCH IN A SNAP -Thin or thicken eyebrows, lips, or hair with Reshape -Whiten teeth, clothing, and sneakers -Airbrush a tan or smooth out skin ADD A DASH OF DAZZLE -Photo filters to match your personal aesthetic -Scroll stopping effects for every occasion GRAB THE SPOTLIGHT -Dial in lighting to keep the attention on you -Blur backgrounds or replace them with a new one -Ring light eyes for a studio look -Remove distractions in a swipe SELFIE VIDEOS ON POINT - Enhance videos with a hair and face retouch editor - Be bold with filters and effects - Denoise to tune out background sound Highlight your assets and unleash your creativity! Facetune2 is your all-in-one editor for unforgettable results. Easily whiten teeth, retouch blemishes and acne, contour faces, blur backgrounds, add effects, and so much more – download today and let your natural beauty and glamour glow in every photo, selfie, and video! UNLIMITED ACCESS MEMBERSHIP SUBSCRIPTION - You can subscribe for unlimited access to all features and content offered for purchase within Facetune 2. - Subscriptions are billed monthly, bi-annually or annually at the rate selected depending on the subscription plan. Alternatively a one time payment plan is available (this is not a subscription). - Subscriptions auto-renew at the cost of the chosen package, unless canceled 24-hours in advance prior to the end of the current period. The subscription fee is charged to your iTunes account at confirmation of purchase. You may manage your subscription and turn off auto-renewal by going to your Account Settings after purchase. Per Apple policy, no cancellation of the current subscription is allowed during active subscription period. Once purchased, refunds will not be provided for any unused portion of the term. - If eligible for free trial and you subscribe before your free trial ends, the rest of your free trial period will be forfeited as soon as your purchase is confirmed. Subscriptions will start immediately after free trial ends unless canceled at least 24 hours prior to the end of the trial period. - Terms of use: https://static.lightricks.com/legal/terms-of-use.pdf - Privacy policy: https://static.lightricks.com/legal/privacy-policy.pdf 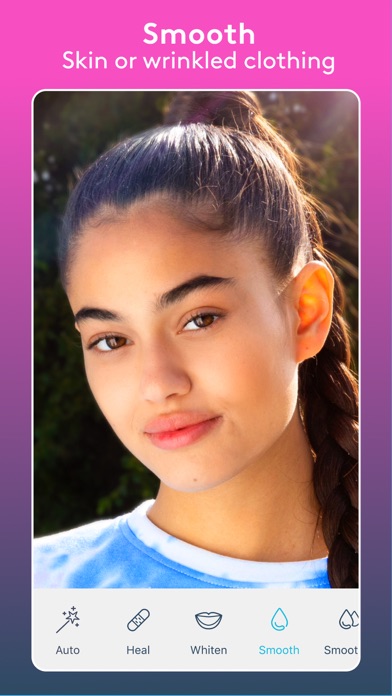 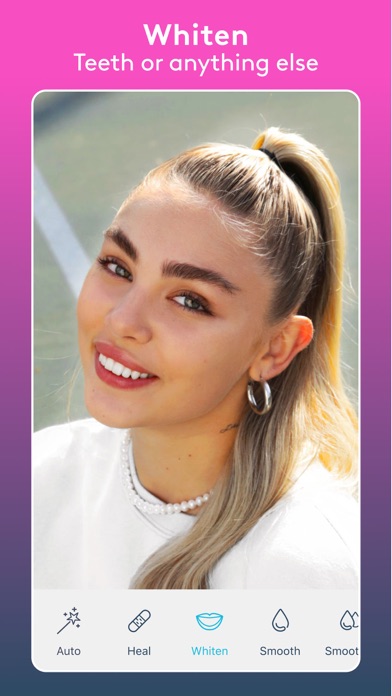 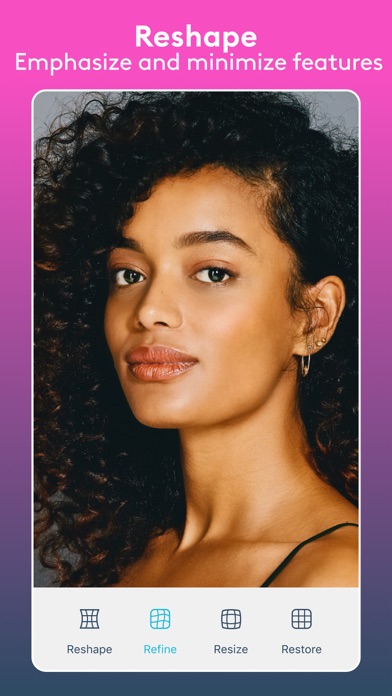 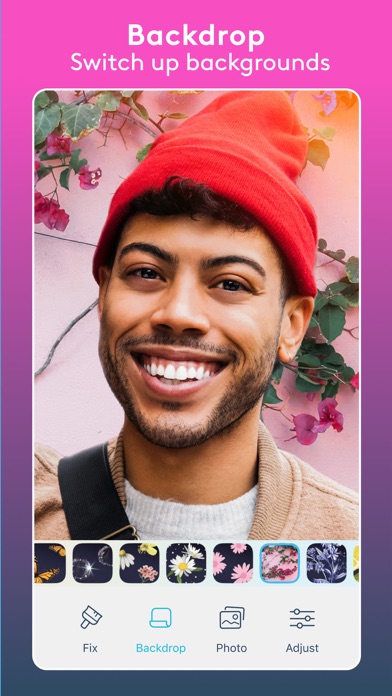 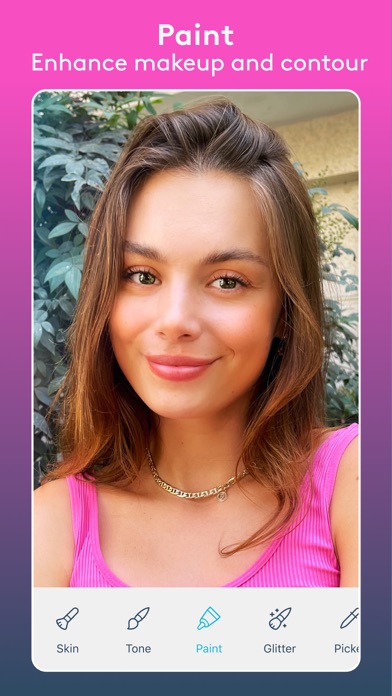 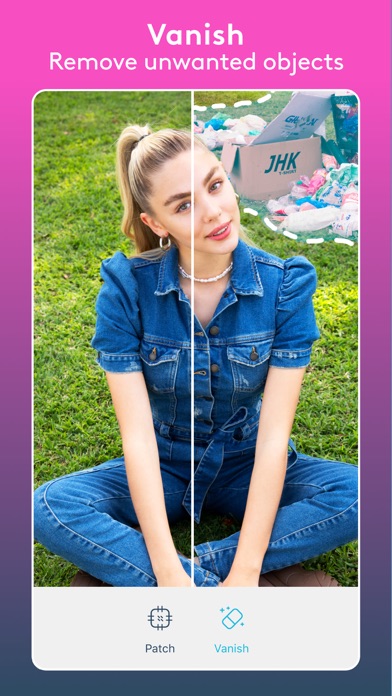 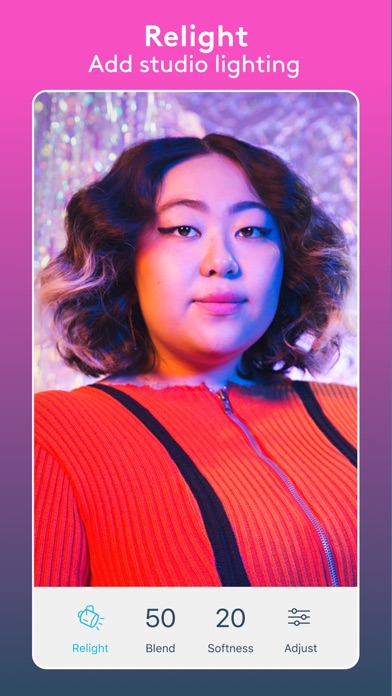 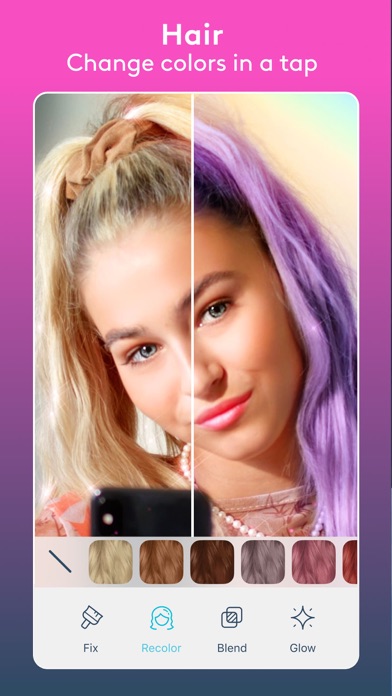 I’ve been using this app for free for a year at least, maybe two. There were ads, and optional paid upgrades, things like a warp tool and the ability to edit video—upgrades that seem popular among my peers, but which I didn’t need. Now, after all this time, I’m getting pop-ups saying I’m starting a 7-day free trial for the whole app, and after that it’s $35.99? PASS! You’re not even going to start at $0.99/month? I get the costs of everything are going up, so maybe restrict a few more features, or start at a LOW LOW cost. This is a premium price. I can do all the same things I was doing before in FaceTune2 in Snapseed, for free. See ya!
By Alexis the Greek

Literally won’t let me edit my photos. I’m doing the free trial and I click a photo to edit and the screen goes white and won’t let me click anything. Deleted and Re downloaded and still same issue
By zitawinoel

I used to use this app all the time, but now they charge for the most basic features like retouch. These features used to be free and now you have no access to the photo outside of the app unless you purchase the subscription. I understand paying for a subscription but it should be for the more advance features like changing hair color, etc.
By livelaugh2346

Many tools but can’t do fine alterations.
By jcf630

Not happy
By Suzi M NYC

No thing is free and it is bad

I got the game and it was good until they started to charge me if I wanted to use a filter to change my hair color and I click the check mark it says you have to pay to continue and this one thing you can like reshape your body or anything else you want to reshape it was free for 2 weeks then they started to charge you and if you do pay to get bio it is 40.00 a month for a app Facetune that is really not good at all! Don’t buy this app, no thing is free I mean no thing is! And even if you think you can screen shot it it will not let you! If I could I would give this a zero out of ten I am deleting this!!!
By Bella Hatke

Been using this App since it’s first started and now it’s charging for everything on just regular stuff that it hasn’t charged for before. A little frustrating because when I had the money to pay for the app, I had no problem doing so because it was a set amount… Now everything is extra and they charge way more for it than they did in the past! I’ve literally been using this app since it was first released in the App Store! SMH
By Mu$!cC

I have no idea of why these app start charging you with no authorization….. Ionly wanted the 7 free days and necer used again because I didn’t even liked it….
By KrisNat2019

Was good now I hate it

So at first I loved this game it was great but u still had to pay for stuff so I would do the fetures u had to pay for then screen shot it but then today I got on and it wouldn’t let me screen shot anything and u had pay for EVERYTHING its so annoying and dumb and the things u have to pay for switch so that one day it’s free one day it’s money it so confusing I HATE THIS GAME!!!!
By mia the fox💕😘🦊🦊