Live bus and train times, step-by-step navigation, stop announcements, service alerts and more - all in one app. ► Live directions – plan your trip with up to five ways to your destination ► Share your journey details with friends and family - they don't even need the app! ► Get Off Alerts – we'll let you know when it's time to transfer ► Live countdown boards for buses and trains ► See exactly where you bus or train is on the map right now ► Service Alerts - Find out about delays and diversions before you leave ► Save your favorite stops and stations ► Full seven-day schedules ► Schedule alarms and get reminders before your bus or train arrives. ► Quickly see the last train or bus arriving tonight ► Live and offline route maps ► One-tap ‘get me home’ journey planning ► Simple and clean - we only show you what you need to know We love feedback! Get in touch with us at talk@travelwhiz.app or follow us on Twitter at @TalkToWhiz. Please note that the app requires data access and works best with GPS / location on. Continued use of GPS running in the background can dramatically decrease battery life. Background GPS is only used when you have a Get Off Alert turned on. Check out our Privacy Policy at https://travelwhiz.app/privacy and our Terms of Use at https://travelwhiz.app/terms 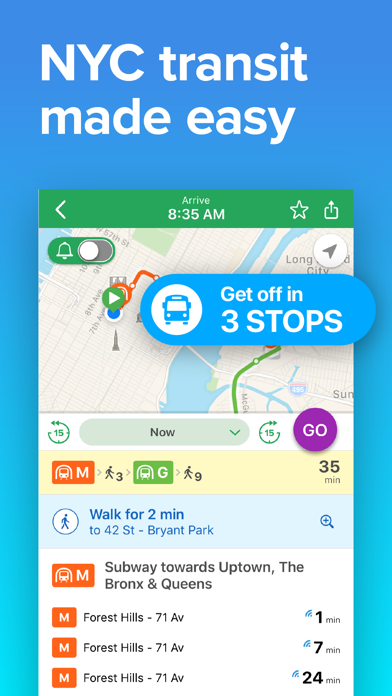 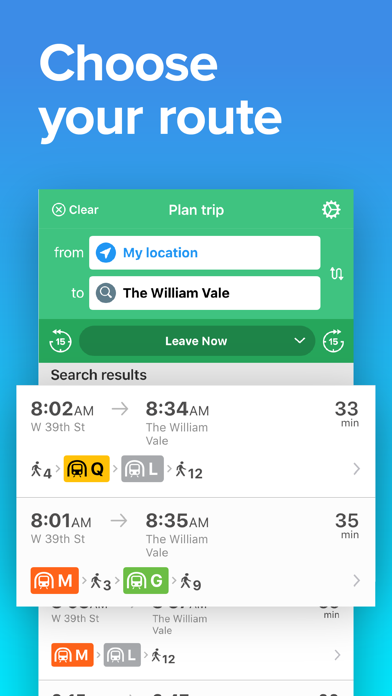 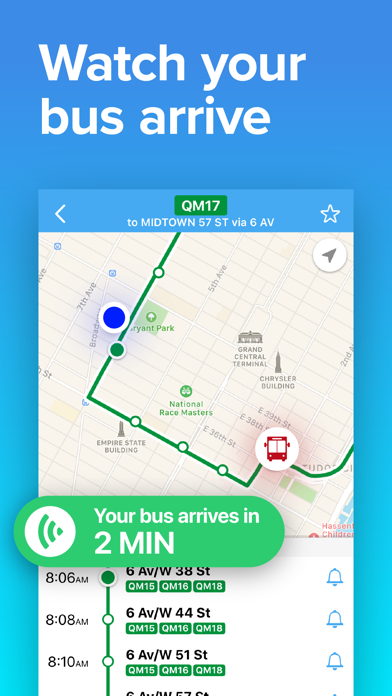 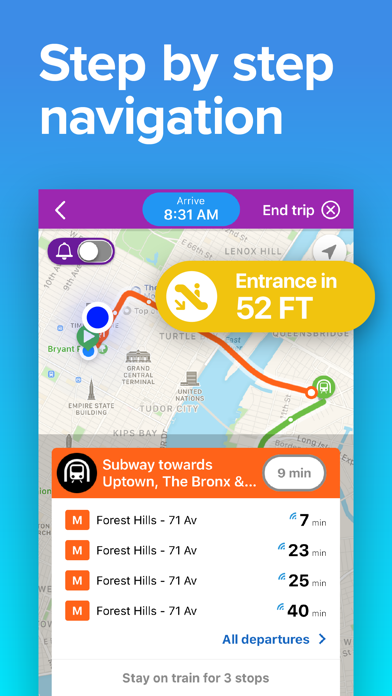 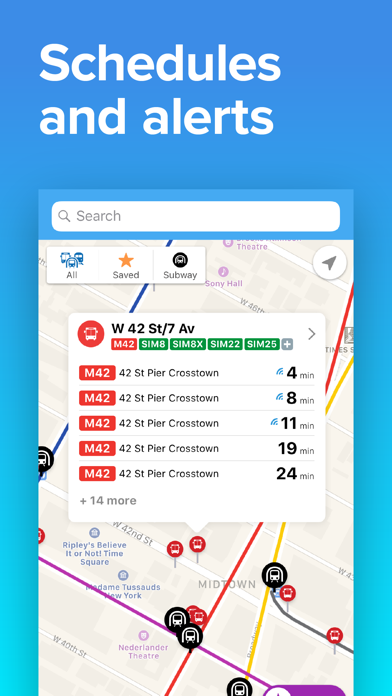 Would give zero stars if I could. Consistently off with bus and train wait times. A five minute wait turns into thirty minutes at least once a week.
By AustinWelch

Hard to find the info I need.
By bxhehhdgdgdgfjfjbfndjfjnf

Better than the MTA app

Times are actually accurate!
By Vasque91

Hasn’t been working for a week. Just keeps closing out.
By smerelda70

Great to know when bus is expected.
By Marmion Chick

Every day for the past month I have been racing to get to the express bus stop because the app gps stated that the bus would arrive in a certain amount of minutes. I keep watching hung the gps in this app count down the arrival of the bus until it reaches ‘0’ minutes which means the bus is within feet of the stop….except no bus arrives. And I am now left waiting for an additional bus to arrive for another hour. Is it so hard to say that the bus for that time is not running today. Why does the app need to provide such blatant lies. Just say it’s not running. And when asking the drivers about their tracking—they say “oh don’t pay attention to that—the gps on this bus never works”. Why use the app for real time. I may as well stick to the generic time table and hope for the best. As I type this, it is 9:30 pm. I just got off of my shift as an RN and raced to catch a bus that was supposed to arrive 10 minutes ago. The app os now saying another bus will arrive in 50 minutes. So instead I have to wait alone at night as a woman for the next bus that May or may not come. This is not a one time occurrence. It’s now daily.
By RNAlwayswaiting4thebus

I have opened the app to see the estimated arrival time - says bus arrives in 10 min. I have refreshed it - says it’s arriving later or earlier than it just reported. I have called a cab, only to see the bus pulling up after getting in a cab. This has happened consistently. HORRIBLE app!!!
By trying to get home!

I loved this app when it’s well organized and even tells you what time you would get to your stop. However the time the buses get to their stop is way off which keeps making me late! Please update to be more accurate.
By XxDope_D.xX