With the San Diego Union-Tribune iOS app for iPhone and iPad, you get our exclusive in-depth local reporting on the stories that matter most to you. APP FEATURES: • Top News: Scan a curated feed of the most important news as it happens • Push notifications: Get the latest news from our newsroom as soon as stories break • eNewspaper: Download today’s issue for offline reading and browse archives of past issues • Video section: Enjoy exclusive video • My Library: View saved must-read and view recent activity • Share content easily with Twitter, Facebook, or email SUBSCRIPTION DETAILS • Download the app to enjoy a select number of stories each month. For full access, try a free month of Unlimited Digital Access to the app, the San Diego-Tribune website, and our eNewspaper; then it's only $15.99 a month. Make sure to create a registration while in the app so you'll be able to log in to the website and eNewspaper when you visit. • Any unused portion of a free trial period will be forfeited when a subscription is purchased, where applicable. • Subscriptions automatically renews each month unless auto-renew is turned off within your Account Settings and submitted at least 24-hours before the end of the billing period. • Your iTunes account will be charged $15.99 for renewal within 24-hours prior to the end of the current period. • No cancellation of the current subscription is allowed during active subscription period. • You can read our Privacy Policy here: https://www.sandiegouniontribune.com/privacy-policy • You can read our Terms of Service here: https://www.sandiegouniontribune.com/terms-of-service • CA Notice of Collection - https://www.sandiegouniontribune.com/privacy-policy#california-notice-of-collection • Do Not Sell My Info - https://membership.sandiegouniontribune.com/privacy-settings • Questions about your subscription can be directed to Customer Service: 1-800-533-8830. TECHNICAL HELP AND ASSISTANCE: We've been working hard to fix any and all crashes in the app. If you are experiencing crashes or freezes after installing our update, please contact us at customer.service@sduniontribune.com. A quick email to our support team helps our developers identify and resolve crashes faster. 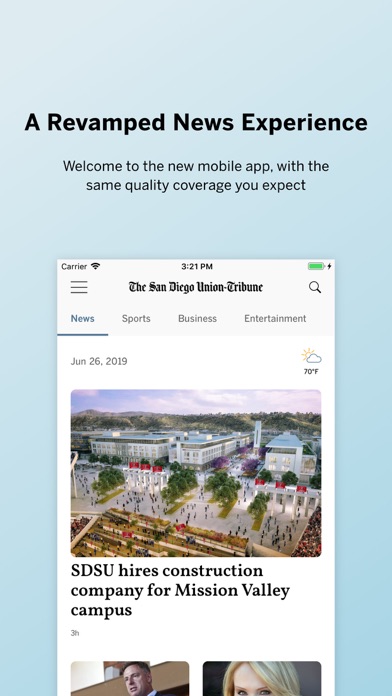 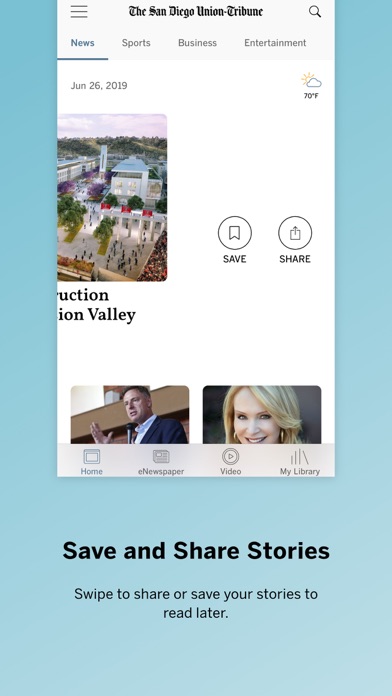 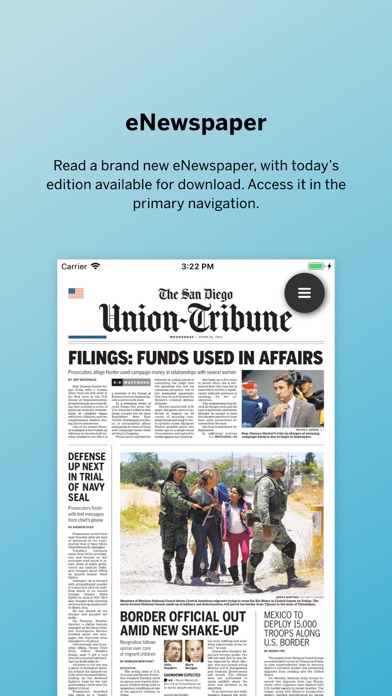 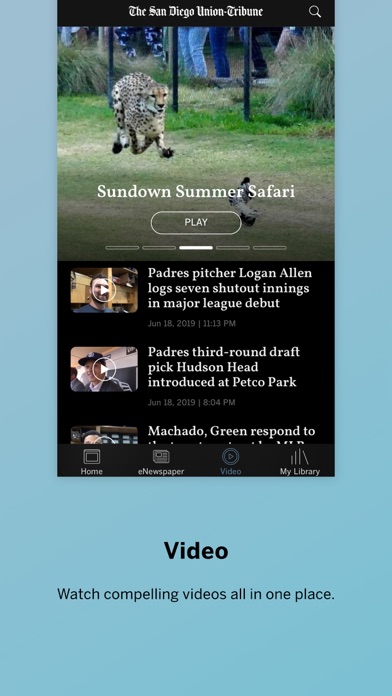 Continues to get worse

Every time they update this, the workability decreases. I have been a subscriber for over 30 years, and used the digital version as soon as it was introduced. But I finally gave up after their last “upgrade”. Not responsive, cumbersome, and when I called about the new issues, the rep really wasn’t very well informed about it. His best guess was to reboot it, and he had no idea how to deal with the issues. I cancelled my subscription, it just isn’t worth the high blood pressure trying to get it to work.
By 0 reviews

The basic idea is great, but I cannot remember a day in the last year where there was not some kind of problem. Tapping on an article should open it in its own window. This is great because you can scale the font and makes it easier to read. If an article spans pages it all should show in this window. So, some articles will not open at all. Some open blank. Some open but do not include all the text (frequently stopping at the end of that “page”). Some are missing some or all of the pictures. The web version is generally less problematic, but often the same issues occur on the web version. Customer service is basically non responsive with the standard reboot your iPad and reload the app as a solution. This never works. I love the sports coverage, especially Kevin Acee on the Padres beat but I’d dump this app in a minute if there was an alternative.
By MelonHeadSr

Works OK with a few exceptions

I like the app and it seems to work well. The exception is if I download a paper, and then try to read it the next day, the app gets confused and keeps trying to download and read today’s paper. This situation is exasperated when offline. I reported this issue and the support was ludicrous. They asked “what browser am I using” when I specifically said it’s about this app. Worthless support.
By Kyle Kai

Two calls in 3 days to customer service (long hold time) they recommended deleting app and reinstalling. That works until you start turning pages then it stops to say you don’t have a subscription and you have no where to click to prove that you do. Please make your app more reliable we want to read the on line newspaper daily.
By Jim M new subcriber

Just about every other day I can’t open the articles to read them after downloading the days paper. One day it works, the next days paper does not. I’d give it zero stars but they won’t let me.
By XXYYAA123

I subscribe to this paper for over 35 years. I enjoyed drinking my coffee and reading it in the morning. Since new ownership the last year I cannot stomach to read it. You have destroyed this one’s great paper. It is now A pro Marxist, anti-American activist rag. I just canceled. I don’t need to pay for communist propaganda. If I could give it zero stars I would.
By Number one core driller

The eNewspaper section of the app has an article toggle that allows you to read the entire article without changing pages. It will stop working on today’s edition, but work on an archived edition or the next day’s edition. It’s doesn’t appear to be consistent as far as the day of the week.
By Bac@9315

When opening articles in reader view, it randomly swallows paragraphs. Tech support was less than helpful.
By unsatisfied customer 83629

I want to support local journalism but awful app

I want to support local journalism but this app and the web version is the worst paper I read. Please fix this.
By Kathy from CA

Worked OK however the developers were not consistent from day too day. Sometimes the print feature worked, sometimes not. Sometimes articles selected were collective, sometimes I had to search for the rest of the story. Sometimes a different article was interjected. Sometimes a specific article could not be selected. What I was not aware of, until reading the comments, that this “app” edition was in addition to the “on line” edition I am already paying for. I use to get home delivery, but they couldn’t do that well either. SDU bought out all the local papers, and it been unsatisfying since
By JJMaci

More by The San Diego Union-Tribune