You can't play the odds if you don't know the odds Stop Wasting Shots & Get The Results You Deserve Harness the DECADE strategy that is used by: -5 World #1's -PGA Tour Winners -Web.com Winners -NCAA Champions -USGA Champions Through the DECADE app, you get access to the proven and revolutionary DECADE Strategy. Tour Level Course Management and Statistical Profiling at your fingertips, anywhere. Learn how tournament winners manage their game by optimizing course strategy. Also, unlike other tools on the market, DECADE will constantly bring you fresh new video content on a weekly basis, due to work with our PGA Tour players and top college programs. Its not about Strokes Gained as much as it’s about reducing Strokes Lost. DECADE FOUNDATIONS SUBSCRIPTION Since launching the DECADE App three years ago we have learned many things, not the least of which is that it can quickly make virtually anyone a much better player, and it’s a lot for younger or less experienced players to consume. The Elite version of the DECADE App was designed to replace the live DECADE Seminar which is over four hours long and intended for elite players. We did not anticipate all the interest it would generate with junior golfers and mid-handicap players. I guess we should have. With that in mind we have created DECADE Foundations to replace our Lite product to better serve that audience. Junior will drastically slow down the avalanche of information within the App. This will more appropriately match the Golf IQ of our subscribers. Over the course of six months the content within the App will walk a player through the basics of course management and mindset slowly morphing into the Elite version of strategy over time. The statistics portal will also start slow and build into a robust and easy to use portal DECADE ELITE SUBSCRIPTION required for GPS Stats Entry, Peer Strokes Gained Comparison and Custom Tailored Yardage Books. **DECADE account required to access content 6 Month DECADE Foundations Subscription available through App Store for $99.99 which is charged to your iTunes account upon purchase. The subscription auto-renews unless turned off at least 24-hours before the end of the current 6 month period. You can manage your payment details or cancel your membership in user's Account Settings. Terms of Use: https://www.birdiefire.com/terms Privacy Policy: https://www.birdiefire.com/privacy 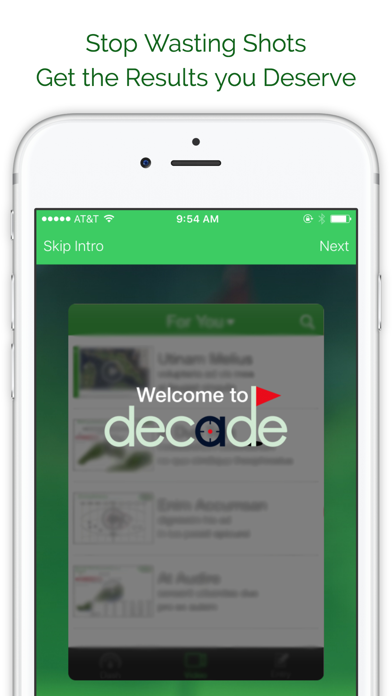 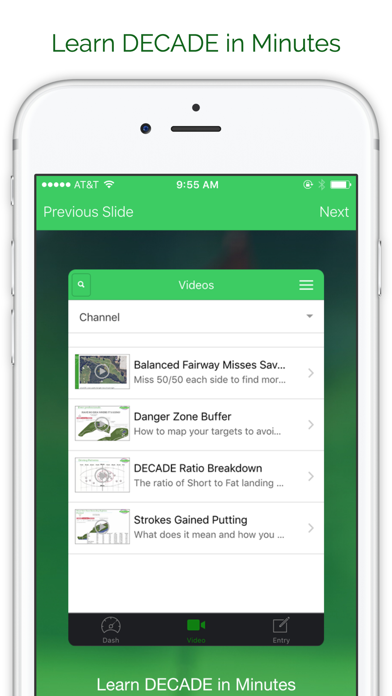 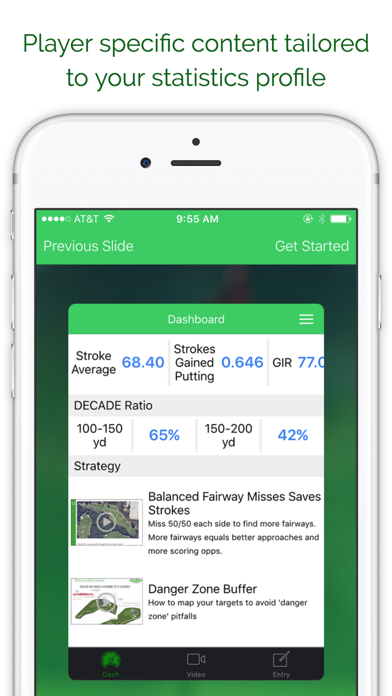 If you’re not using this strategy you are leaving shots on the course. It’s simple math. Use the app, follow the strategies and you will shoot lower scores.
By scottcwv

I paid 2x 49.95 for 6 months because Scott Fawcet’s content is an incredible asset to my golf game, and the stats keeping is well thought out and comprehensive. But the app is clunky, and customer service turned me off a couple times because they somehow can’t track my subscription status if I bought it in the app store vs on the Decade site. Bottom line, prepare to be frustrated with customer service and an archaic looking/working app. Much of Scott’s content is now free on YouTube, so I recommend checking that out first.
By AppMcLovin

I’m just a little confused on how my friend who introduced me to this gem has more options available to him. I know there’s 2 versions of this app, the $50 version and the one that’s more. My friend and I both paid for the $50 version but he has the ability to place his shots on a gps of the course while mine does not. He also has a different screen to enter in scores that looks much easier to navigate. I’m not sure if my phone is missing something or what but it’d be great to find out what’s up.
By Twhitt27

The videos won’t play. This means you are unable to watch the tutorial apps on how to use the app.
By iPhonesRock

So much more than just a stats keeper

In my opinion I think this is the best golf app I’ve owned. I have had multiple other apps and statistics keeping systems, however decade really is different. Not only is stats tracking just as easy if not easier than than all other stats keeper apps, but Scott has clearly taken a ton of time to create fantastic, easy to learn, and informative content. This all shows shows exactly how to pick apart golf courses, and how to make the best of optimal decisions in every type of situation to give yourself the best scoring opportunity. And what’s funny is that that isn’t even the best part! It literally produces videos showing you how to improve based on the stats that you compile! I really can’t recommend this app at all. I was lucky enough to make it into the U.S. Amateur last year after coming off injury and it was 100% because of the fact that I employed all of Scott’s strategy, and had a much better understanding of my game because of this app! I know this probably sounds like and infomercial but it really is just that good.
By Redmond Lyons

The only app to learn strategy

I played Division 1 College Golf and not once was I ever introduced to information like this. I found Decade on YouTube to start and immediately knew that this was the information that would take me to the next level. Nobody in golf has ever broken this info down on such an understandable level like Scott. He helped me to relax on the golf course and understand that perfection was not needed to play my best golf. Since using this app for just under a year, I’ve had my best tournament season to date. You won’t get info like this for a comparable price anywhere else.
By KeithBennettGolf

Turned my golf game around

Started with Decade before the app came out but the app made the system and ideas around Decade even easier to follow. I would pay the money just for the Decade strategies alone, the stat tracking is just a bonus! Literally a must have if you’re serious about improving your golf game!
By nicb9876

Unusable. The UI and UX are awful. Looks like designed in the 90’s and functions like it. Have fun entering all the data. And only $50 hahaha
By Hoppock

Still no sound in videos

Version history indicates video playback issue fixed. If that issue was no sound, it hasn’t been fixed.
By Treykook