Lunar Phase Widget is a popular iOS app and widget that shows up to date information about the Moon. The app elegantly shows the current moon phase, moonrise and moonset, as well as when the next full moon, new moon and eclipse is and more! The Moon is rendered in real-time using realistic lightning and with a minimalistic approach to design and experience. Swipe left or right anywhere in the main app to check the moon phase and other moon data for any date, past or future. In the clean and uncluttered calendar view, you can see the moon phase for every day of the month. You can also tap any date to bring up more details for this date. The calendar can also show the Lunar Zodiac for each day. The app supports the new iOS 14 home screen widgets and displays the same information in both a compact and expanded form. Add the widgets right on to your home screen! The app now also supports the new iOS16 Lock Screen widgets! To add widgets to your home screen, long press on an empty space on your home screen and tap the + button at the top. Search the list for "Lunar Phase Widget". The app also support notifications for Full Moon, New Moon and Lunar Eclipses. --- Information about Lunar Phase Widget subscription: -At confirmation of purchase, or following the completion of a free-trial period, payment will be charged to your iTunes account. - Yearly subscriptions are available. - Payment will be charged to your iTunes account at confirmation of purchase. - Your subscription will automatically renew unless auto-renew is turned off at least 24-hours before the end of the current subscription period. - Your account will be charged for renewal within 24-hours prior to the end of the current subscription period. Automatic renewals will cost the same price you were originally charged for the subscription. - You can manage your subscriptions and turn off auto-renewal by going to your Account Settings on the App Store after purchase. -Any unused portion of a free trial period, if offered, will be forfeited when the user purchases a subscription to that publication, where applicable Terms of Use: https://shorturl.at/ilmvB 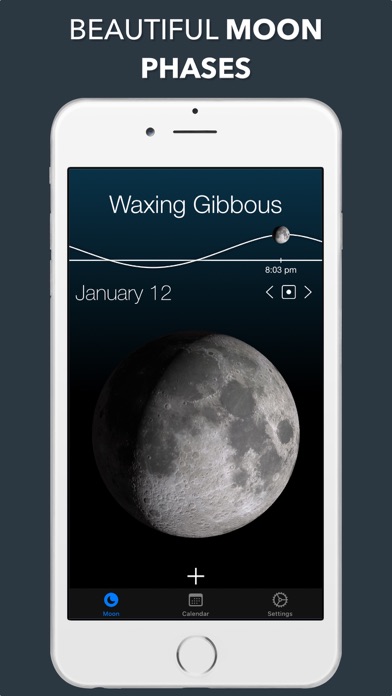 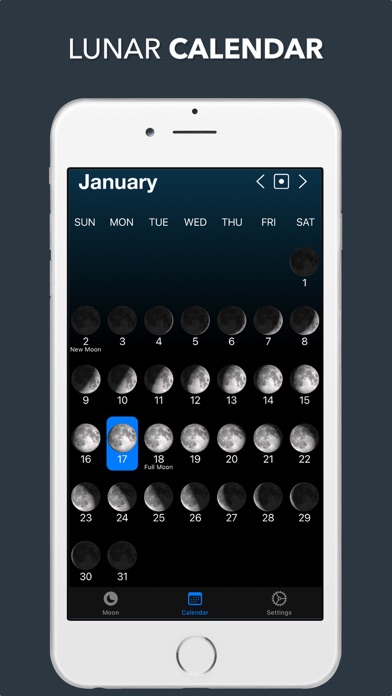 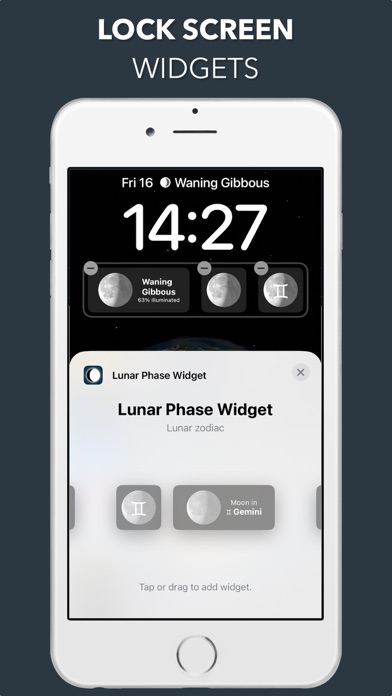 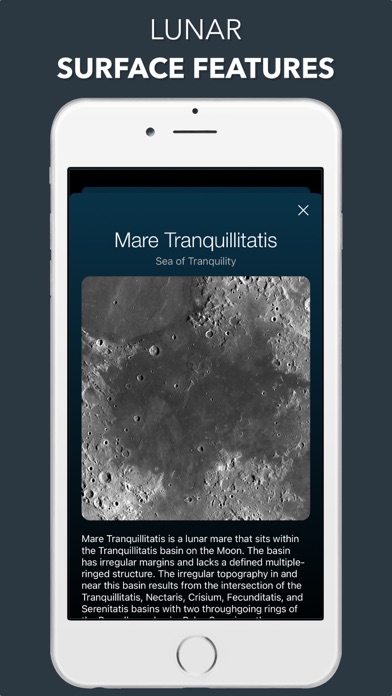 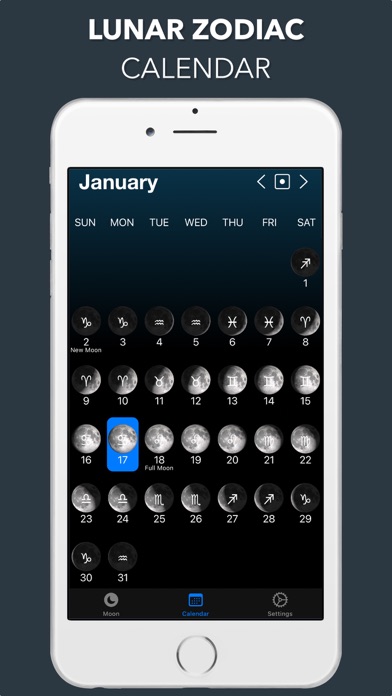 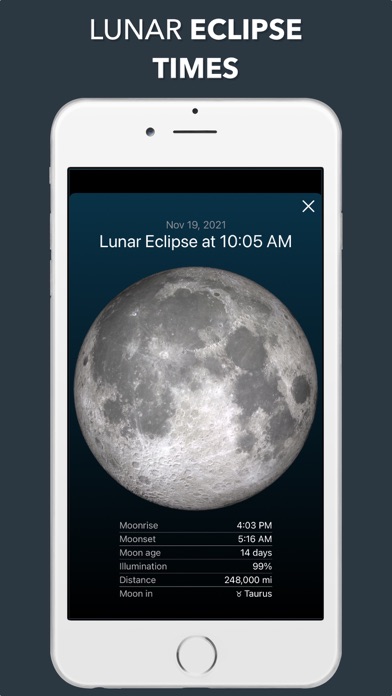 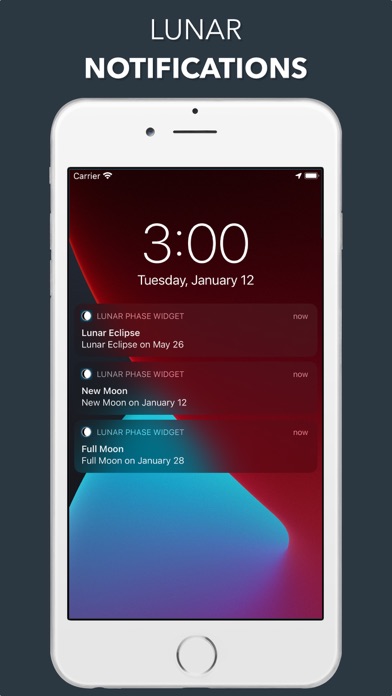 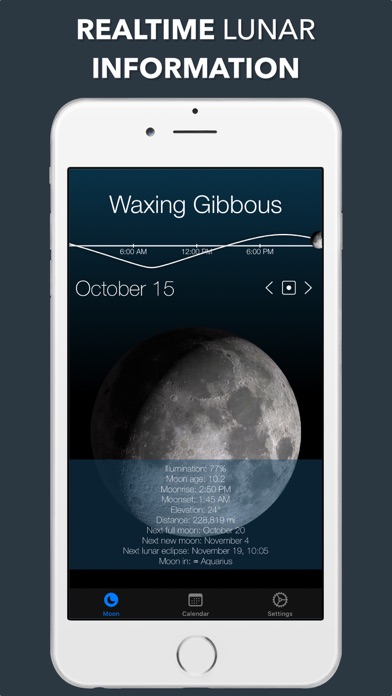 Used to love it

Used to love this app but now you need premium to just even see the moon phase. Guess I’m downloading a different free one
By Keveyyy

I stumbled across this app I think in March when I was in Chrome, and I love it! It has everything you want: surface features, zodiac, moon phase calendar, of course a moonphase timeline, and widgets! Even though most features are only accesible with the pro version, the pro version is still cheap with either a one time purchase (6 dollars) or a yearly subscription (3 dollars per year.) 🌑 🌒 🌓 🌔 🌕 🌖 🌗 🌘 🌑
By 07sbi

The app has an over all good idea but they should just have you pay for the app instead of making each option or any aspect of the app chargeable. I just want a simple widget that reminds me of each moon phase, why do I gotta pay on every app.
By Aleybean

I’m Lovin It
By PhooMahall

I want a moon app that doesn’t reference the zodiac at all. I like that you can turn off parts of the zodiac but on the info at the bottom it still references it. Other than that I like everything else.
By 4mikeyboy

you have to pay for the widget, negative stars if I could
By DoubleGeeLove

I spent money on this app, but now adding a widget with the moon moving costs money and you need the “pro” version. It used to be free. You can only get a moon PNG thing that does nothing. Do NOT get this app, the good reviews are from before. Edit: Nevermind, there is one widget with a moon that moves (and one that is just a PNG.) However, it is the smallest one and has the least features. Everything else is behind a paywall.
By Vito the Cheeto

I downloaded the app and used the widget on my Home Screen for a small amount of time. Then, it shut down the widget and said premium only. So, it’s a ok app, but I downloaded it for the widget.
By Cornell_Christopher

Was fine until you made a lot of the best features pro version available... It was nice while it lasted.
By KattoSan2021