No matter when or where, Portals of Prayer inspires you to live each day as a disciple of Christ. Through each daily audio-and-textual devotion, you meditate on God’s Word and see it working through you in your life. New updates allow for a seamless and easy-to-use interface, keeping you focused on your devotional time. What’s New? Welcome to the NEW Portals of Prayer App. There have been many updates to help make your experience seamless, from the subscription feature to how the devotions are displayed. Here’s a list of all the new features: Navigation Bar Two features from the original navigation bar have now moved. The bottom still contains “Devotions” and “Favorites.” “Prayers” has now been renamed “Resources” to better represent its offerings. This tab will still be located on the bottom navigation bar. “Search” and “Settings” have been relocated to the top navigation bar. Devotions An updated design allows for a sleek and modern devotions screen. Press the Play button in the middle of the image to hear your audio devotion. Swipe right or left to see previous or future devotions. Archives Not only can you search based on topic or month, but devotions are now also categorized based on year and quarter to make finding a devotion from the print version that much easier. Resources The “Prayers” tab is now called “Resources” and includes daily prayers, prayers for special occasions, and author biographies. Settings The app now offers a dark mode for your reading convenience. Favorites The app now syncs your favorites across all your devices so long as you use the same Concordia Publishing House account. About Portals of Prayer Portals of Prayer is a quarterly print devotional that has been a favorite for generations of readers. Since 1937, the meaningful daily devotions and ending prayers have offered a daily moment of time with God, comforting believers through their lives. Concordia Publishing House Portals of Prayer App Subscription While the Portals of Prayer App is free to download, you need a subscription to access all the amazing features. A new subscription is $9.99 per year and can be purchased through the app. Here’s what each subscription includes: - Over 10 years of Portals of Prayer content - Daily audio and textual devotions - Meaningful daily prayers - The ability to mark the devotions you like best as “Favorite” Your yearly subscription will auto-renew unless the auto-renew feature is turned off. To avoid being charged with the auto-renewal, it must be turned off at least 24-hours prior to the renewal date. You can see the end date of your subscription in the app’s “Settings” tab. A subscription to the Portals of Prayer App does not, and is not, included in the print subscription to Portals of Prayer. These subscriptions are separate entities. Privacy Policy and Terms of Service Please visit https://www1.cph.org/portals/terms.aspx to view the terms and conditions of the Portals of Prayer App. 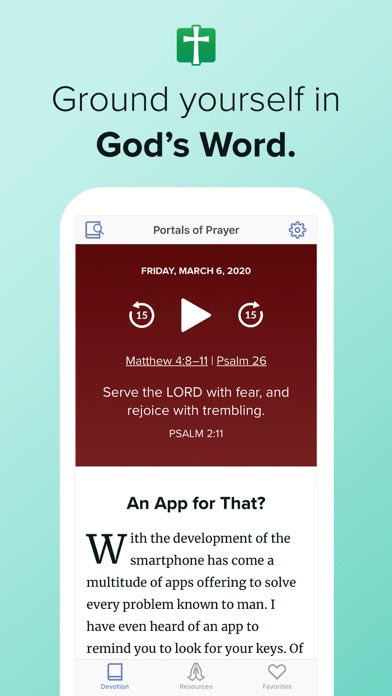 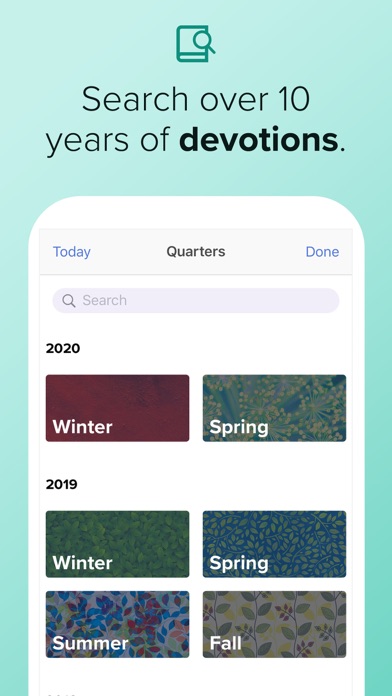 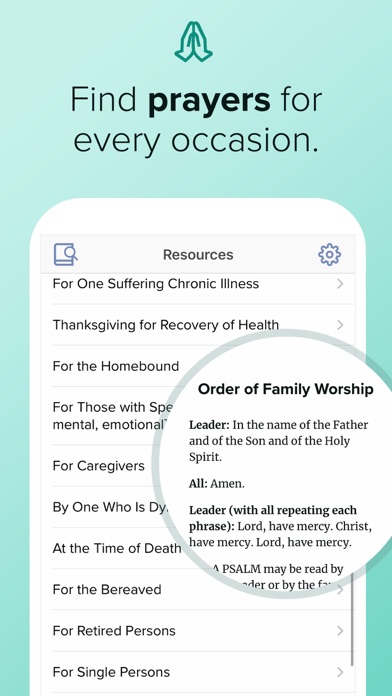 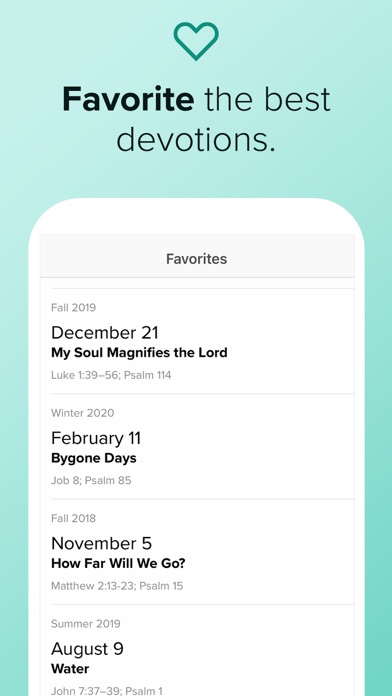 I absolutely love this app. I read paper versions I received from church, tore out my favorites from those smaller books and piled them up. Nice to have the app with archives. I found my paper copies, the devotion on the app, then marked favorite and threw the paper version away. I like having a reader. Living alone nice to hear a voice reading to me❤️
By Aspyteach

I was so excited to purchase this app until I heard the first devotion. The person reading the devotion is NOT the right voice for voiceover work. Hire Larry Conners, or at least a professional announcer. Sorry, but this poor man is boring and needs to step away from the mic. Thank you, God, that I still have the ability to read. 🙏🏻✝️😇🎄🙏🏻
By Pamily

Thanks for addressing all the problems.
By GQbits

New update seems to work fine! Thank you
By """Todd"""

Devotions only. App quits when other choices are selected

When I opened the old app, there was a prompt to upgrade to new app. So I did. I have iPad 6th generation 13.4. App worked well on first day but on the next day, only the devotions could be viewed. It quits when I selected prayers, favorites, or view by seasons. I didn’t upgrade the old app on my phone, it’s the only portable device that works. I’ve been exchanging emails with a tech from Concordia Technology Solutions but haven’t heard from her since Apr 7. I did everything she told me to do but nothing worked. Maybe a bug?
By AnoPa?

This is one of only two apps on my phone that I pay something for. So I expect excellence for my dollars! Last year I had made a few days “favorites” so I could go back to them quickly when wanting to edify others. Because of this app update, I lost them all. I do not have a CPH account, (nor do I want one now) so I can’t contact them except this way. Shame on you, CPH.
By dgixgk

Thanks for the quick update!
By Seminary Geek

I renewed my subscription last September. I have not been able to get the app to work. I can’t even sign-in. This was never a problem in the past. It’s only $10 but to pay and get nothing is ridiculous. I tried to buy directly on the web, which is how I used to receive PoP but after entering everything, they don’t take Amex even though it’s through PayPal.
By b1uesky5

Still have problems with app. Get a free app Bible Study. Doesn’t renew. Until all bugs are solved don’t bother.
By Star blazers

I have been using Portals of Prayer for my morning devotions for many years. I recently moved to another state and another church which didn't offer Portals of Prayer, so I was very happy to find Portals of Prayer in the Apple AppStore! The app works well, is easy to navigate and offers an audio component. I highly recommend it!
By Crazie Grannie