Need help? Get the support you need for the Apple products you love—all in one place. Apple Support gives you personalized access to solutions for all of your Apple products and services. Learn how to manage your subscriptions, reset your Apple ID password, and more. Talk with a real person to troubleshoot an issue, or get guided, step-by-step solutions to resolve it yourself. And if you need to set up a repair, Apple Support will find the best support options available in your area. Note: Some features are available only in select countries or regions. You are not required to purchase an AppleCare+ plan to use the Apple Support app. If you purchase an AppleCare+ plan, payment will be charged to your Apple ID account at the confirmation of purchase. For monthly payment plans (if available in your country or region), your account will be automatically charged within 24 hours prior to the end of the current billing period. You can manage your monthly payment plan by going to your account settings on your device after purchase. All plans can be canceled at any time in accordance with your AppleCare+ Terms and Conditions, which can be found at https://www.apple.com/legal/sales-support/applecare/applecareplus/. If you purchase AppleCare+ with Theft and Loss in the United States, your Theft & Loss Insurance Documentation can be found at https://assurantdeviceclaim.com/InsuranceDocuments. See https://www.apple.com/legal/privacy/en-ww for the Apple Privacy Policy. 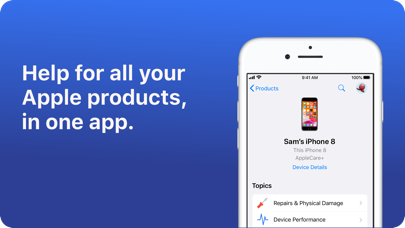 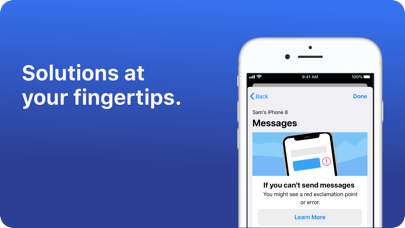 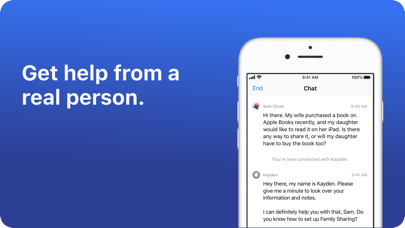 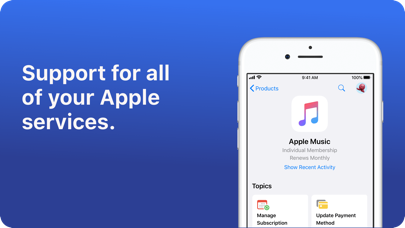 It's very helpful Application and helps to sort out many of your issues but, it has new update and you forced to get it But you can't get that update!!! Overall Tnx for support. xoxo
By cami1325

I’ve always been an apple product user and enjoyed them . After my last iPhone iOS update left me with no access to my file folder where my resume of all things is in I called apple . All the reps were friendly and professional but when I was walked through steps to backup wipe out and restore my phone , the rep did NOT tell me to make sure iCloud for photos and files were on . Isn’t this their job ? And even if new isn’t there a script they walk clients through ? I have lost 8000 famiky vacation pics as well as others over years !!! I am speechless. And all they can say was oh well thank you for calling apple care . Really ? Totally at a loss for words and beyond devastated . I’d give 0 stars if could .
By Devastated client

The app doesn’t work for iPhone 6+

I have an iPhone 6+, and i want to change batteries, and I need to book an appointment, but every time that I try to access the app they ask for update, even though I have already updated.
By Oscar C Wood

They helped me with a few problems on my iPhone 7. They where very kind! The lady who talked to me was a good person she had treated me very kindly! I will definitely call them again! Other than my Carrier Verizon ✅ Thank You for Helping Me Apple! Mary Slovakia
By mary5300

How much will it cost?

I am a 94 year old vet & can’t afford all the added expenses. How much will add on to a growing expense. I’m also a 94 year old Marine Vet, and Apple doesn’t seem to want to get rid in a hacker and get it up and running. It crashed seven months ago.
By Bulldogzeke

I’ve been getting hacked for over six months and apple just gives me the run around. They haven’t resolved my illegal charges on my bank statements nor have they resolved my prepaid Apple Card’s money which disappeared 4 times. I have apple care with loss and prevention and the only thing they prevent is the having issues from not happening again. They won’t replace my devices even tho 3 of my 4 devices haven’t worked 3 & 1/2 months out of 6 months. My sons XR WONT CONNECT TO ICLOUD AT ALL AND MY IPHONE 11 and iPad gets locked in me every month and then money taken from my bank account. I’ve lost 3 apple iCloud accounts and my phone doesn’t receive any 2 step verifications. Apple are one of the biggest scams in the 21st century. Don’t buy one if your having hacking issues bc their techs are the ones orchestrating it.
By asasdennnfjfiuufnrn001

Canceling an app you did not order is o most impossible, I have been looking for about an hour how to cancel the subscription
By Tjhork

You think this would be a good idea

I’ve used this twice. Once it took all day communication to do what could have taken 10 mins because any time I didn’t answer within a minute the message dropped and they “needed to find another person”. The second time has done it for me. It was going very simple and was close to being done within 15 mins and everything was said to be processed to them receive a message later stating that I will actually need to pay for the replacement instead. 12pm-5pm. Not worth it.
By krispy4693

Why didn’t support for iOS 12