Find great deals on used airsoft gear and accessories or sell your own. HopUp is the best way to buy, sell, and explore the airsoft community! LIST FOR FREE Got extra Airsoft gear laying around? Turn it in to cash! Add item images, price, title and description in minutes. PRIVACY - BUILT IN MESSAGING Built-in messaging so there's no need to share personal contact info to discuss a deal. WE WANT YOUR FEEDBACK Feedback is what drives us to improve HopUp. If you would like to suggest a feature or report a bug, please use the 'Send Feedback' feature under Settings or email us at support@hopupapp.com. *HopUp is for airsoft only and we do not tolerate the sale of firearms, ammunition, knives or real body armor. HopUp Premium is only $2.99/month! Listing boosts, skip to the front of the listing approval line, and more. NEW: Try HopUp Premium free for 1 month as an introductory offer. Terms of service: hopupairsoft.com/terms Subscription Details • Payment will be charged to iTunes Account at confirmation of purchase • Subscription automatically renews unless auto-renew is turned off at least 24-hours before the end of the current period • Account will be charged for renewal within 24-hours prior to the end of the current period, and identify the cost of the renewal • Subscriptions may be managed by the user and auto-renewal may be turned off by going to the user's Account Settings after purchase 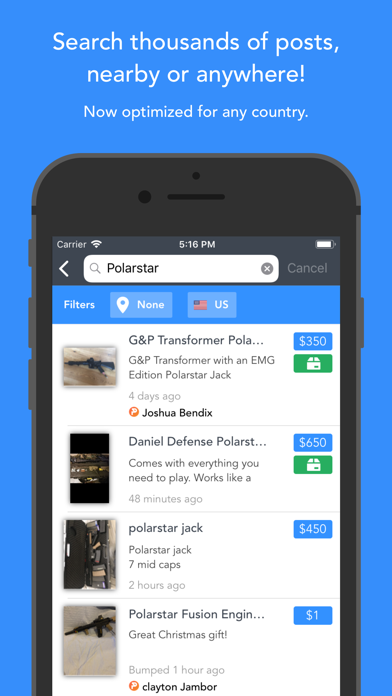 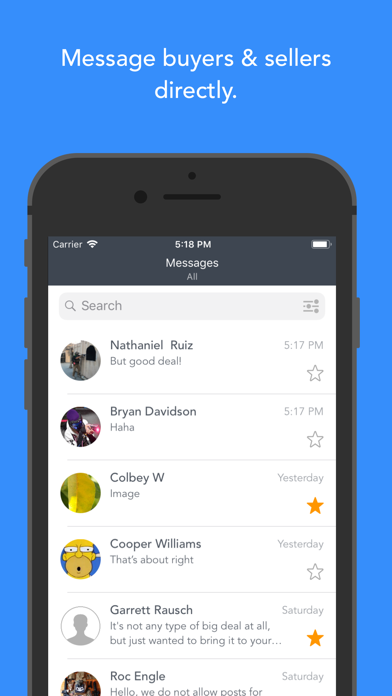 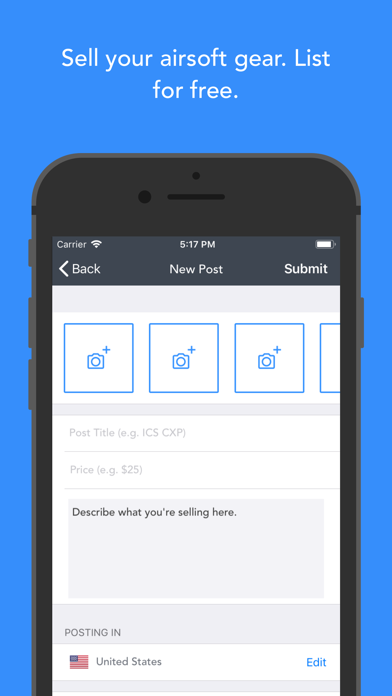 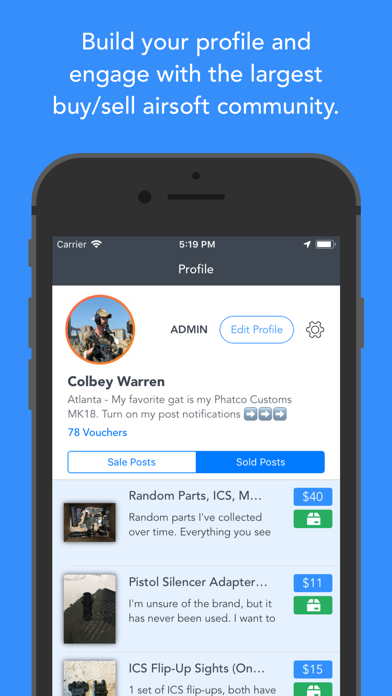 Listed items show no description as of the 5/11/20 update. Love the site and the community and buying new things but messaging is still bad and now no item descriptions made it very annoying.
By nortonorto

Good airsoft app but there are a lot of bugs

Just some bugs and errors, especially with the message feature
By Winks43232

I had no idea this app existed and when I found it I just happens to find the gun I was saving for but for a much cheaper price. The only thing I wish they could change is being able to post more items to sell than just 3 things at a time.
By dhjsksbd

I’ve had this app since 2017 when it was first introduced, I’ve made many trades and sales through the app but unfortunately it is no longer the buy/sell/trade haven it used to be. TLDR: it’s dying and not worth the download. Recently Hopup 2.0 has introduced a system to act as a buying medium for users to prevent scamming, although they charge a 10% fee, far greater that Paypal’s 3.5% and arguably less protective as I have never received practical help from the Hopup team in dealing with payment/product issues while I’ve been reimbursed through Paypal for similar issues with ease. The owner of this app has taken the responsibility of removing posts warning others of scammers on the app, so be wary of anyone regardless of vouchers. If you’d like to fork out the premium subscription to spam post bumps daily and block out other sellers from the front page just to get lowballed or scammed by teenagers, download this app.
By freedinners

Great app, but has some huge bugs

HopUp is a great app in general. Like the Craigslist/OfferUp for the airsoft community. BUT HAS MANY BUGS. Most people giving 3 stars or below on this app, Are complaining about scammers or multiposts. Through all my deals on HopUp, I’ve yet to get scammed. Because I use COMMON sense. The rules even tell you way to prevent being scammed . Also they have a voucher rule to show the sellers previous deals. If you get scammed, that’s your fault. I do have a huge complaint though. The app deletes messages..... AND it sometimes will bug out , and not let me send messages out or receive them. I’ve been in a situation where I was suppose to meet someone to buy a GBB. And the app would not let me send a message or receive any of his. It bugged out, while I was at the meeting spot (an hour drive) . It also bugged out for the person I was meeting. So neither of us were able to tell each-other we were at the meeting space, and had to reschedule HopUp needs to fix this issue. I’m a premium member and pay monthly to use this app, and it can’t even function correctly. It also bugged out while I was trying to pay to promote my listing . And it double charged me.... fix your app if you’re going to charge for it please.
By Potato13378

Love to get lowballed, spoofed or just insulted? This is a perfect app to experience this. I have about 75 vouchers on the app and I worked for them. All my items are below market and I help out by reporting the scammers. But now daily, no one has money. Selling a sight for 50% off? Oh yea I only got 20$ so nah unless you give me about 50% off your price. Update: They now charge you to sell stuff on this app, not worth it anymore.
By Djtrollface

Prior to the update, all transactions were done securely through direct messages and paypal. HopUp was a marketplace to post your sales, and the transfer of funds was discussed and agreed upon by the users (cash, trade, of paypal typically). The new update tries to make HopUp both the medium for posts as well as the payment overseer. All transactions are supposed to now go through the app, which forces users to give an untrustworthy app personal payment information. Additionally, HopUp now wants a 10% commission on all of these sales, much more than Paypal ever took. I understand HopUp is looking to increase their profits, but they put profits over players and have removed the community aspect from the app. There was nothing wrong with the old format. You took a good thing and ruined it.
By Thisappisamazong

2.0 does not disclose the 10% sellers fee the $1 increase in the subscription and buyers now pay sales tax. DO NOT DOWNLOAD THIS APP!
By hop up is bad now