Hot Hands is the new fast and furious tip-of-the-tongue game from The Ellen DeGeneres Show and the makers of Heads Up!, combining all the fun of celebrities and pop-culture savvy with a big red button. Choose from a variety of categories, from TV Stars to Award Winners, and Musicians. See a picture of a celebrity on the screen, say their name, and press the red button, but hurry! You have only three seconds to identify who each celebrity is! If excitedly shouting celebrity names isn’t an option, you can also play in Multiple Choice and Initials modes. Think you’re hot? Challenge your friends to compete in Multiplayer mode. May the hottest hands win! 1. Ad Choices: policies.warnerbros.com/privacy/en-us/#adchoice 2. Terms of Use: policies.warnerbros.com/terms/en-us 3. Do Not Sell My Personal Information: privacycenter.wb.com/do-not-sell/ Embedded webview is needed to display the opened hyperlink to the Privacy Center 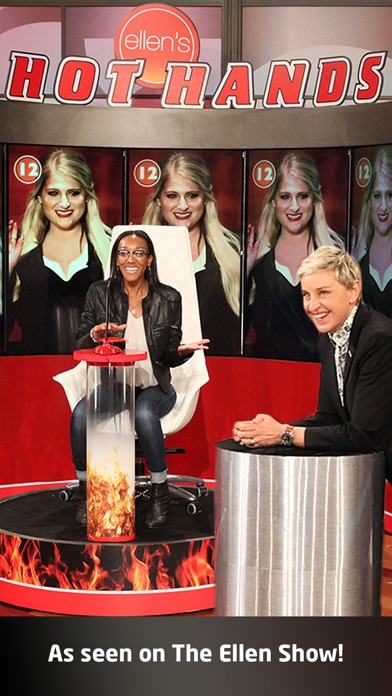 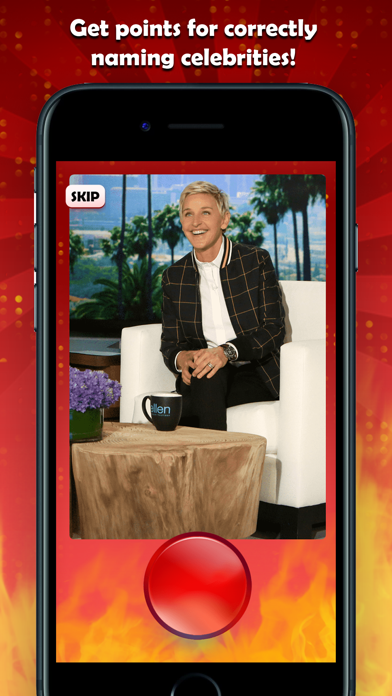 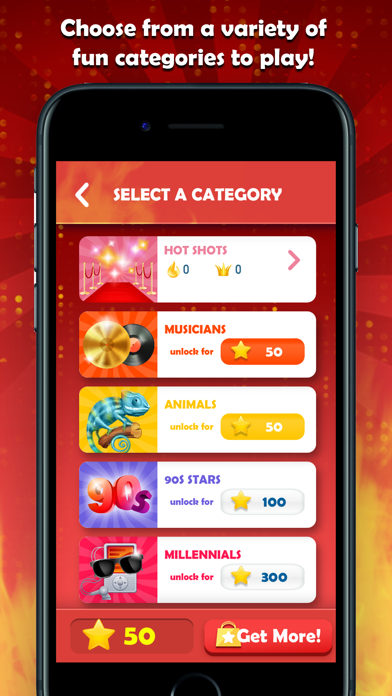 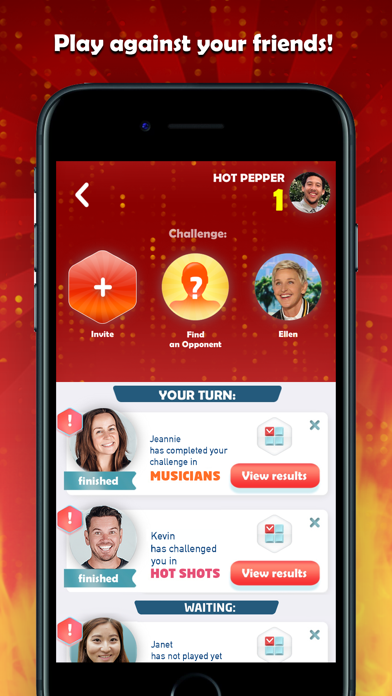 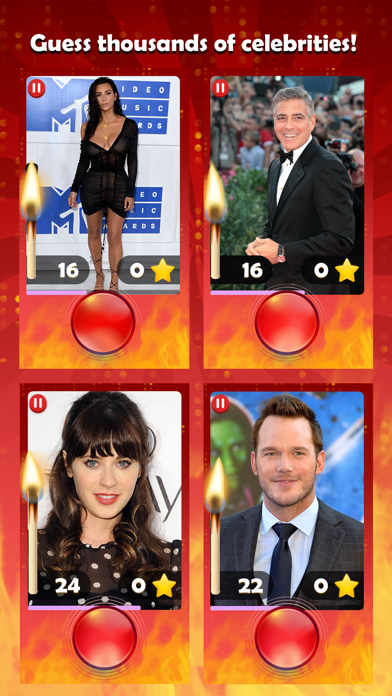 The game itself is pretty fun. I only wish the boxes for multiple choice buttons were higher like they are on the Game of Games app. I have an iPhone X Max and oftentimes when I try to select the choice on one of the bottom boxes it pauses because it registers that I hit the Home function. Then when I resume I get the answer wrong. I don’t know why the display is so different between the Game of Games and the stand alone Hot Hands app. Still fun though
By T Papi

I have an iPhone 11 and playing multiple choice doesn’t work so well. The choices are at the bottom where you swipe to change apps...if I don’t tap in the exact right place, it goes to settings and I loose seconds. Other than that, I really like the app
By AdoptDontShop!

It don’t even let me in the game every time I press the game it shows the title and flames come in the background and then it sends me to back to the home page!!!!!😡😡
By NickN2O

Ellen’s hot hands game is ok but some bugs

I was playing hot hands when I was waiting for my flight and I was planning on playing logos but it had the green category picture (by the way green category is easy!)Then when you try to play it where there is no wi-fi then you can’t play multiplayer to play against Ellen or somebody else.I should not recommend this app for ages 4+ I would recommend this app for ages 7+ but it’s Ellen’s app so don’t read this text after this note if you are not Ellen I love you Ellen I think you are the best
By Colette😎✌️

It's okay, but it's not the best
By sandbullet291

Fun but frustrating at times

I love this game, but for some reason, sometimes when I tap it thinks I am swiping left to skip and it’s frustrating, especially when I know the answer
By TechGuy416

I said the right thing but it said I was wrong

When I was playing voice mode I said cactus and it was a cactus but it said I was wrong. It’s still a really great game.
By hfuddjdjdhdjsjdjsj

There should be a category where you could pick

I will never play this game again and have deleted it due to the fact the game has put R Kelly under famous musicians. Gross mistake by the people who made this app. Famous rapists would be a better category.
By jlynnf712