The #1 app for sports tournament schedules, Tourney Machine simplifies your sports life all weekend long. Track your team's schedule, find game locations, get directions, view pool standings, and follow brackets. Get up-to-the-minute notifications as scores & updates are posted. No more worrying about when you play, where you play and who you play. Whether you're driving to the game, watching from the sidelines, or in between games, the Tourney Machine app gets you what you need. -Always see up-to-the-minute schedules -Get instant scores -Receive timely notifications from the tournament director (delays or reschedules) -Find driving directions -View brackets and standings (including tie breaker info) -Follow your teams' schedules all season in one app Questions? Email support@tourneymachine.com === This app: requires a persistent Internet connection (network fees may apply); requires acceptance of Privacy & Cookie Policy, TOS and EULA; includes in-game advertising; collects data through third party analytics technology (see Privacy & Cookie Policy for details). This app offers an auto-renewing in app purchase to remove ads from the app. This includes both banner ads and interstitials from all tournaments you are viewing. This in-app purchase costs 99 cents per month. Account will be charged for renewal within 24-hours prior to the end of the current period, and identify the cost of the renewal. Payment will be charged to iTunes Account at confirmation of purchase. Subscription automatically renews unless auto-renew is turned off at least 24-hours before the end of the current period. Subscriptions may be managed by the user and auto-renewal may be turned off by going to the user's Account Settings after purchase. TERMS OF USE: https://www.sportsengine.com/solutions/legal/terms_of_use/ PRIVACY POLICY: https://www.nbcuniversal.com/privacy?intake=SportsEngine DO NOT SELL MY PERSONAL INFORMATION: https://www.nbcuniversal.com/privacy/notrtoo?intake=SportsEngine CA NOTICE: https://www.nbcuniversal.com/privacy/california-consumer-privacy-act?intake=SportsEngine 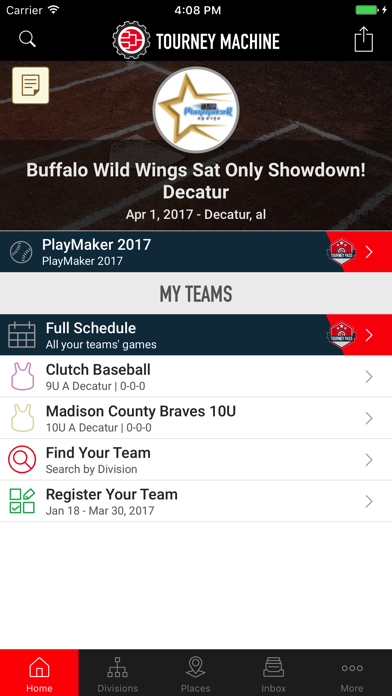 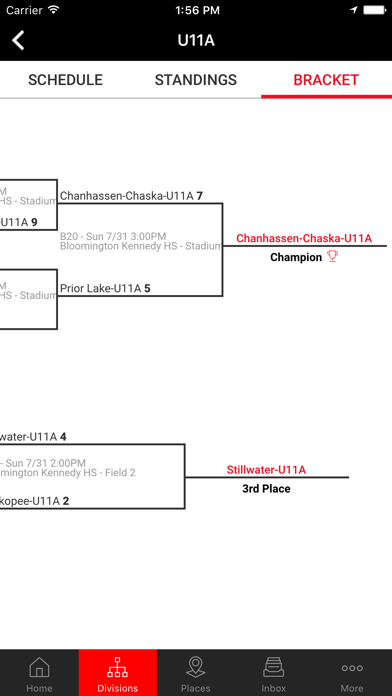 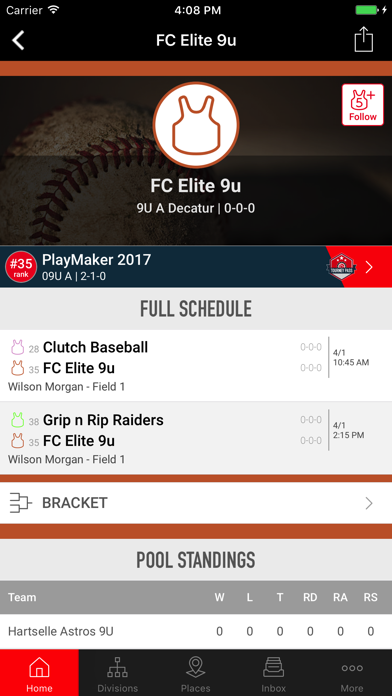 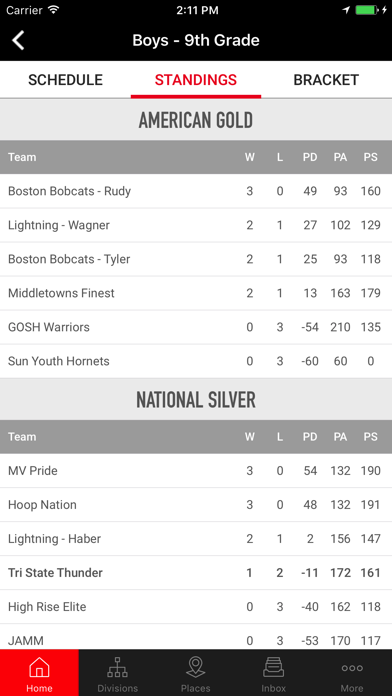 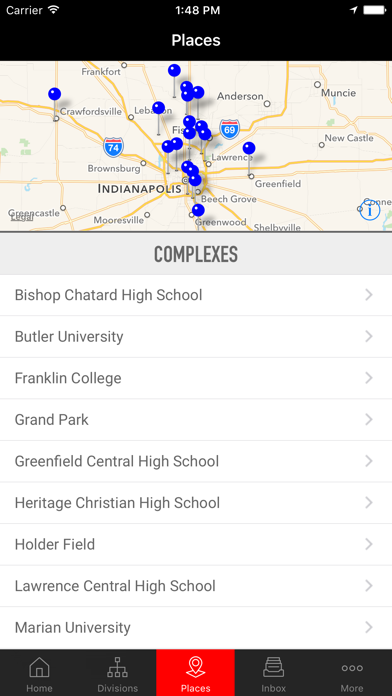 Tourney Machine is fine when you get into a tournament. You can follow your team and see updated stats and brackets. However, the app is tournament-centric so you can’t follow your team across all tournaments and seasons. When you have a regular season plus tournaments, you have to find every tournament separately. It’s like having 15 different calendars to check. The search feature is very poor - you can’t search by name or org, you have to scroll through by month and state. We love on the border of two states so we have games in both states, so you have to know which state the tournament is set up under even if there are multiple locations. There is also no feature to subscribe/sync with your own calendar, so you have to add every game to your own calendar and continually check the app to see if games schedules have changed. It really is cumbersome as a parent and I only have one child. There are other apps that have all the features I’ve mentioned that are much easier to use as a parent.
By kh-ne

This is the best app ever it helped me out so much with my games!😀
By dillpickle133

Great app! It is so helpful when my daughter is playing in tournaments all around and I can just go on this app and see the schedule in my opinion it is 5 star!!!
By proudmama3115

How can I be the only one star review? My whole family has the app to track my sons basketball games and it is the absolute worst to try and use. This app is super buggy, every time an ad comes on the whole thing crashes. The tournament search is a joke. It narrows it down barely, why can’t I just search for the name of a tournament if I know it. I follow teams all the time, but it erases my team every time I get off of it. One would think I was using some outdated piece of technology and it was my fault...nope, iPhone XR for me, wife has an 11 and neither of them have ever been able to use this app with any amount of reliability. I know the only way for it to work properly is if I pay a then to use it, but why should I have to? That’s why they sell ad space, I’ll check em out, it’s a win win....just wish the app was a win and not a depressing failure.
By forcedtouaeit

We have used this app for many years for lacrosse but something has happened in the past several months that has made this app impossible to use and there is nowhere to report an issue. The font overlaps itself so you cannot read anything. You have to hunt through the tourney pages and use the general schedule and bracket to actually be able to read anything. The standings page and any page associated with following a particular team are unreadable. My app is updated and I’ve tried closing and reopening the app and completely uninstalling and reinstalling the app. I really hope the developer reads these reviews and fixes this issue as it seems based on these reviews that many others, including several of our other team families, are having the exact same issue.
By rovernole

I think it would be great if players names as well as stats could be listed that way it would give the players more exposure. Additionally they could be followed by next level interest
By Paul Houk

Can no longer see teams or tournaments

You practice to get ready. You schedule hotels and team meals you travel out of town just to look at the bracket taped to a wall. Not with this app! Track your games, competition, your nephews games in another city. It’s awesome!
By Boom melon!! 98

ADs are way too long..possibly the most annoying app I’ve used.
By Carleycassmith