“Best of 2016” -Apple® “Top Paid of 2016” -Apple® “New Apps We Love” -Apple® The #1 Top Paid App for 7 weeks straight and the #1 emoji app in the world! Moji Maker™ lets you effortlessly create your own custom emojis that automatically sync to your keyboard and Messages/Sticker App. With thousands of parts to choose from the possibilities are endless! Tired of using the standard emojis to convey your feelings? Create your own personalized collection with infinite combinations. Moji Maker emojis now display in iMessage the same as the standard Unicode emoji. Best of all we’ve added hundreds of animated parts to bring your emojis to life! Use the Random feature to quickly create hilarious emojis automatically. Features: -NEW animated emoji designs -NEW categories with hundreds of brand new parts -Random feature automatically creates emojis -Fully customizable/adjustable; pinch to resize, move, layer, flip and more -Brilliant high definition graphics optimized for Retina Display -Messages App support (iOS10+) to use as stickers; drag and drop into iMessage -Keyboard Extension that works in most other apps (now supports Snapchat!) -Customize size emojis send at -Send multiple emojis together Browse thousands of designs made from scratch including: yellow smiley faces, poo, alien, animals and more! Customizable parts include: eyes, eyebrows, mouth, lips, noses, hands, hats, masks, glasses, hair, beards, mustaches, accessories and more! Regularly updated with new designs. HOW TO INSTALL MESSAGES APP (iOS10+ only): -Open any iMessage -Tap ‘App Store button’ (right of camera) -Tap ‘App Store drawer’ (4 dots on lower left) -Tap ‘Store’ (button with +) -Tap ‘Manage’ (top right) -Switch Moji Maker to ‘On’ *Moji Maker can now be accessed directly from the App Store button. Emojis can now be sent without copy & paste and dragged into chats as stickers. —>Follow @MojiMakerApp on Instagram and tag #MojiMaker to be featured on our page! Press Inquiries: contact@moji.co © Copyright 2018 AppMoji, Inc. All Rights Reserved *Subscription Policy: - You can subscribe for unlimited access to all Moji Maker™ content. - The subscription price is $9.99 per week after 3 days free trial. - You'll get unlimited access to all content for the duration of your subscription. - Payment will be charged to iTunes Account at confirmation of purchase. - Subscription automatically renews unless auto-renew is turned off at least one day before the next renewal. - Account will be charged for renewal within 24-hours prior to the end of the current period at the cost of the chosen subscription. - Subscriptions may be managed by the user and auto-renewal may be turned off by going to the user's Account Settings after purchase. - No cancellation of the current subscription is allowed during active subscription period. - Any unused portion of a free trial period will be deleted when the user purchases a subscription to that content. *Prices are equal to the value that "Apple's App Store Matrix" determines is the equivalent of the subscription price in US Dollar. Privacy Policy: https://www.moji.co/privacy Terms of Service: https://www.moji.co/terms 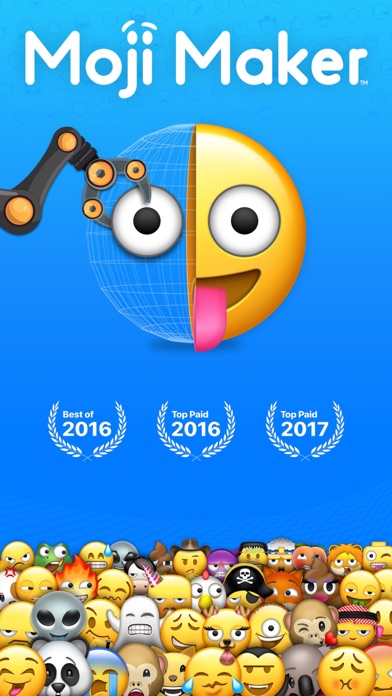 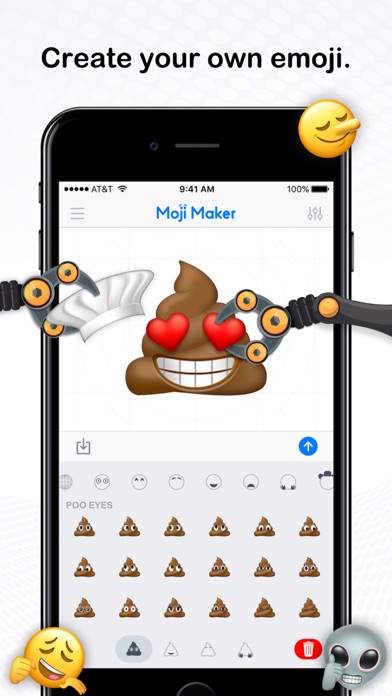 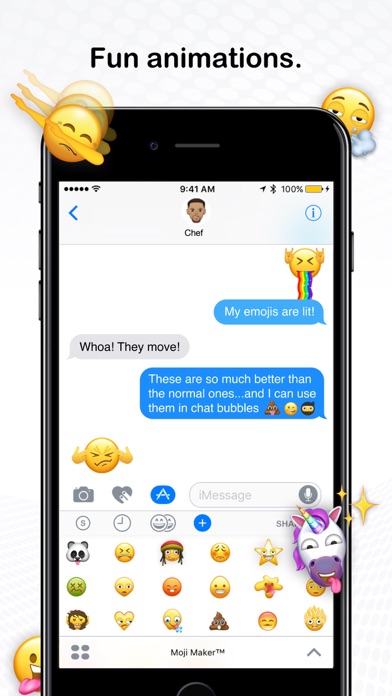 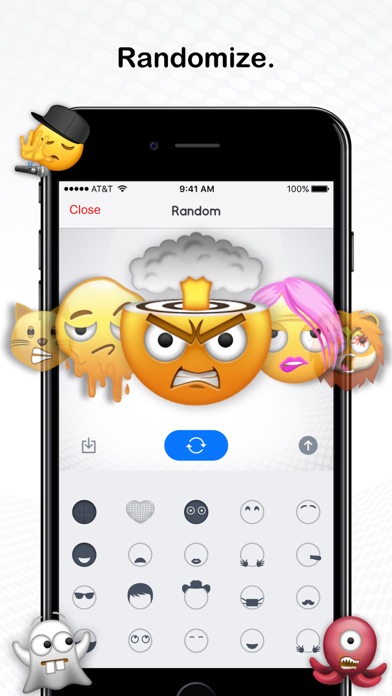 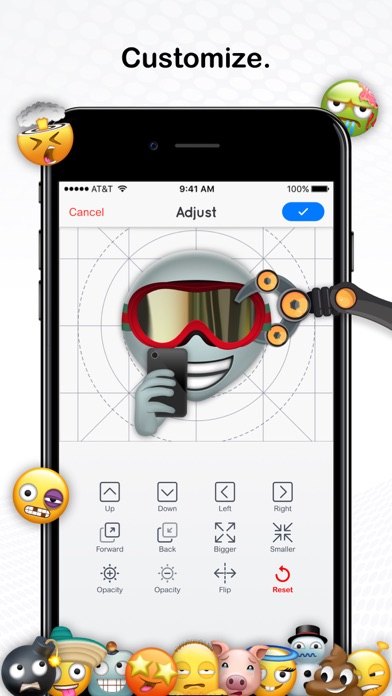 I will say that this game is almost the best l have ever downloaded. But I think that a little more stuff should be unlocked without premium. Me and my friend love to come up with tons of emojis, from zombie Justin Bieber to an alien who just had his first kiss. That’s why I gave it four stars instead of five.
By #Magi321

U RIPPED ME OFF!

look, I used to LOVE this app. When I got it though, it was paid to download it. But now, ITS FREE! I just lost my money because of you, thanks a lot, also, I’m not going to buy your overpriced subscription. I’m really mad now, and you made a horrible mistake. P.S. I would rate this zero stars if I could. I need a refund. 😖
By superlegend222

This app is epic, I totally recommend it, but only if ya rich, it costs ten dollars a week. So it is not free, you liars.
By Prodigylover. E

This apps:I call its new Name High way day lite robbery.....Delete whatever emoji you want and deleted it!!!
By Baby Boomer7

It works the way you think it will, and I adore the randomizer button :D While I wish the emoji’s could sit in-line with my text message, and that I could organize my creations so my favorites sit at the top of the list, this app is one I use often.
By College Student '20

This app is pretty good I guess. But it’s also pretty sucky. You have to pay for like, 3/4 of the add ons to your emoji, and there is ALWAYS ads! Lastly I want to make a this poop emoji with the barfing rainbow mouth taking a selfie while winking, but it is the only emoji it won’t let me save 😡! It just kicks me out when I try and make it! They really need to fix that bug. So yeah, I would take down the in app purchases a little and fix the bug, but I wouldn’t recommend this app. And ever since Memoji came out it make this game look dumb. Well that’s pretty much it and don’t get this app!!!!!
By Queso El Complainer

Pretty good but one problem

I just got the app and sent my first emoji on messages app and the emoji is either too small or too big to look like a real emoji. Please fix the problem
By the_real_stitch123

ShadeMoji by The Shade Room

PetMojis' by The Dog Agency