UFC has teamed up with the classic sports and entertainment collectibles brand, Topps, to bring you the ultimate digital trading card app, Topps UFC KNOCKOUT! Collect and trade with UFC fans around the world and play your card collection in real-time Contests to win in-app prizes! COLLECT UFC DIGITAL COLLECTIBLES! • New UFC cards released every week: Including NEW content for every major UFC bout! • Collect & trade your favorite UFC athletes, match-ups, moments, relics, and more! • Chase inserts, diamond and coin cards, and other rarities in our Card Prize Wheel! • Dynamic consumer products: new sets and limited editions, custom artwork, classic Topps designs, digital signatures, and more! REAL-TIME ACTION, REAL-TIME SCORING! •Assemble your best KNOCKOUT fighter or champion cards and use them in real-time contests to receive points based on the UFC® athletes’ performances in real life •Streamlined scoring system: play your cards to score points when fighters perform KNOCKDOWNS, SUBMISSION ATTEMPTS or TAKEDOWNS in live UFC® fights •Swap your cards mid-fight based on the UFC athletes’ live MMA performances to receive points JOIN KNOCKOUT NATION! • Talk, trade, and be one with the best community of UFC card collectors in the world! • Propose & counter trades 24/7, and message potential traders via our message function! • Chat with fellow users in our fan feed on latest news, rumors, matchups and more! *For the best experience, we recommend devices be updated to iOS 11.0 or later.* MORE INFO  Stay tuned with all of the action and newest card releases! - Follow @ToppsDigitalOfficial on Instagram - Join on Facebook: facebook.com/toppsufcknockout/ - Follow @ToppsUFC on Twitter - https://www.youtube.com/c/ToppsDigitalApps 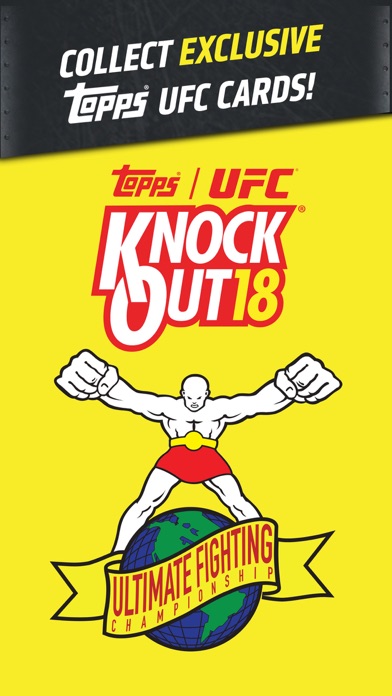 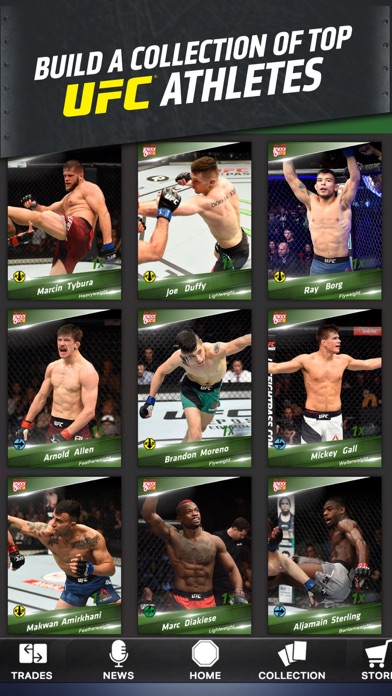 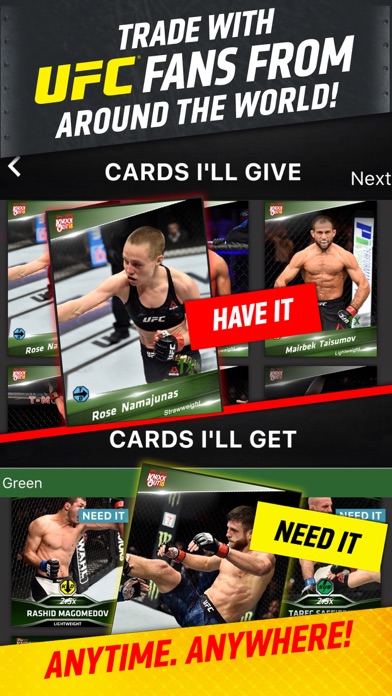 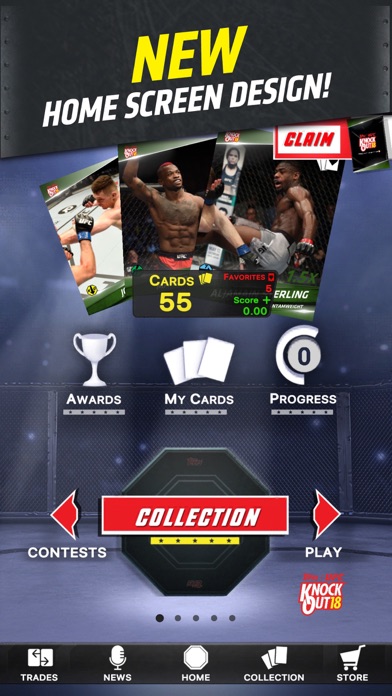 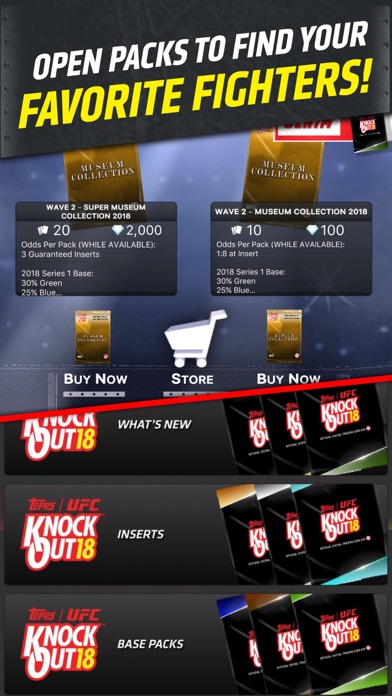 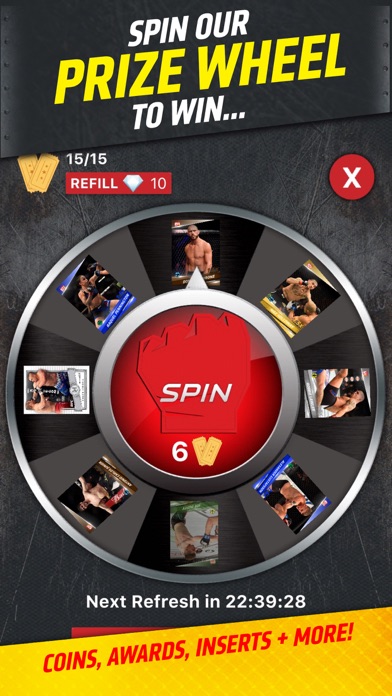 I’ve been gone for a year from using this app and nothing has really changed. No new fighter pics unless they are rookies. No new special sets, just base sets with new design but same previous used pics. Used to be fun to collect these cards.
By oakswflyer

Forgotten after a year of nothing new

It was the 1 year anniversary of the last new drop on the UFC app . It used to have contests and sets. Trading and good times for fans of UFC . Then on this month a year ago it went dark with no warning . Like huddle I think it’s license was lost. When I sent a ticket about it last year I was told to check the articles for news and that was like 6 months ago. Topp$ cares about one thing profit . They don’t care about the purity of collecting cards like they once did when a lot of us where kids and pulling the horrible gum in wax packs at the store. They have truly lost themselves in the card world blinded by greed
By Funken79

10,000,000 coins and rising. This app is complete garbage just the NFL one has become. DO NOT DOWNLOAD IT!!!!! Garbage Pail Kids coming soon.......soon......and nothing. Been recommending they do that one long ago.
By BennyBlanks

This app has been completely abandoned without explanation. Don’t bother with Topps, they have shown that they have no remorse and don’t feel obliged to give any explanation to users that made big $ in app purchases. Shameful really when your entire business model appears to rely on incorporating fan involvement and creating loyalty it’s purely a facade to keep the bank roll train moving along. Especially sad because card collectors and UFC fans are some of the most loyal, understanding fan bases around. Shame on you Topps!
By Browny acid?

This is one of the best apps i have found till now. Appreciated your hard work. Btw, here wa can provide rating, review, so as to the keyword searching install.Want to get more organic users, then find us in upmobi.xyz
By Lavia Mumbeson

Before ever spending a dime on any Topps app, look at this one as a reminder of what can happen to your investment. They completely abandoned this app, and basically screwed all of its players in the process. This will happen on all Topps apps eventually.
By Aeroxino

Needs to be fix unless must be terminated .
By EdiQues

Topps leaves app for the buzzards

No packs no update no nothing but the Mod comes on to chastise people and threatens them with consequences. Really ? Check out Better Business Bureau. Tell you everything you need to know.
By Cheezpalm

App is trash. Can’t sign in because you need to update, then no update available. Great cycle of incompetence. What update? Who’s in charge over there?
By Johnny Mos

Should be Zero stars.... Topps you let us down... no word , no notifications now is says update but no update available... no problems taking our time and money and now we can’t use the App... which app of yours is next??? No more diamonds or crystals on any app from me again
By Jayz-75