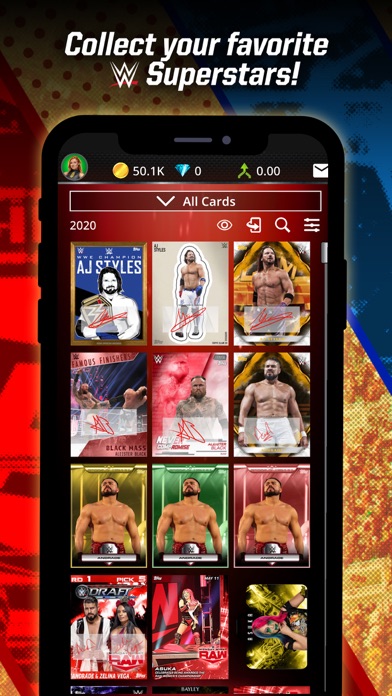 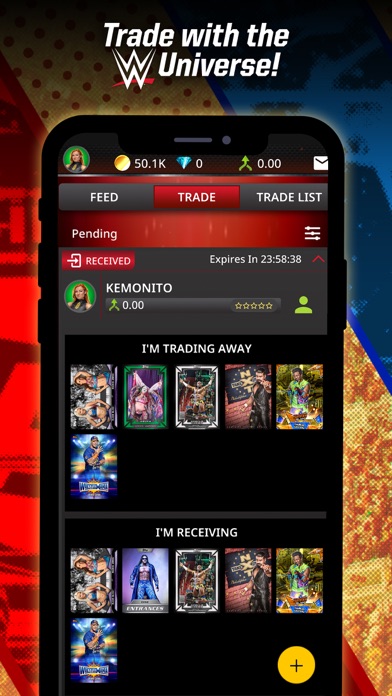 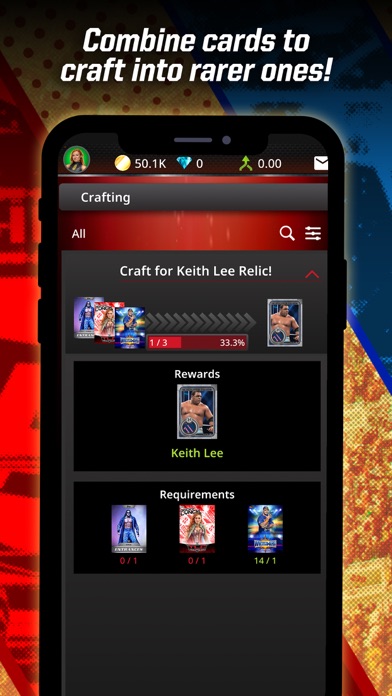 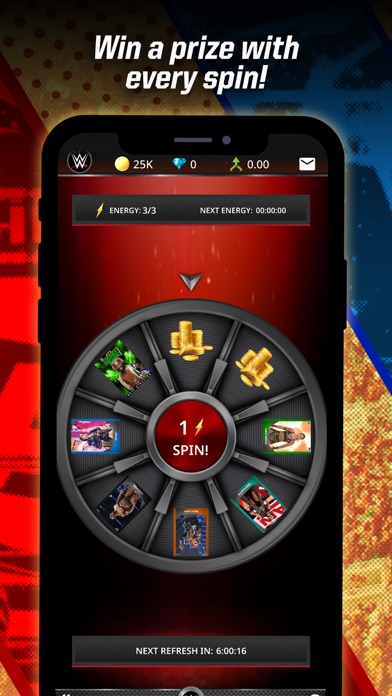 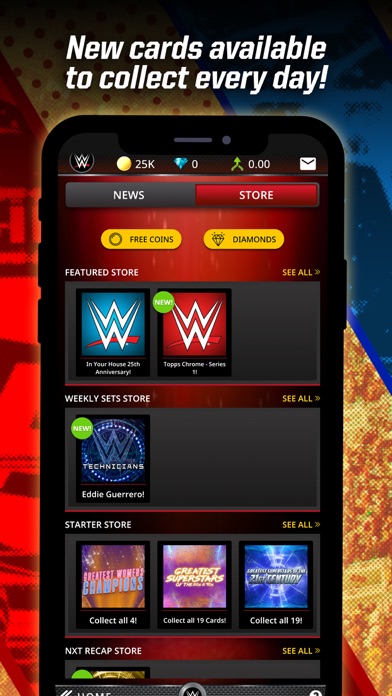 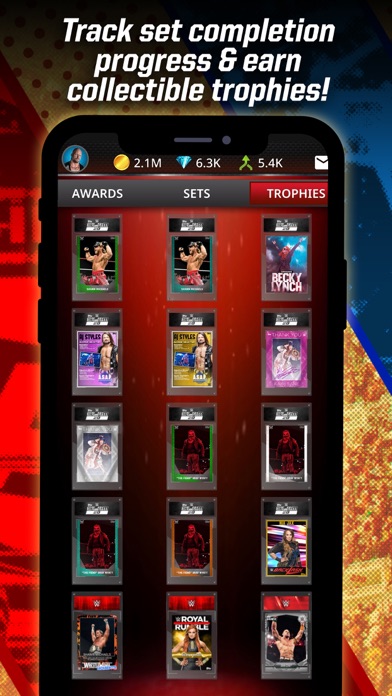 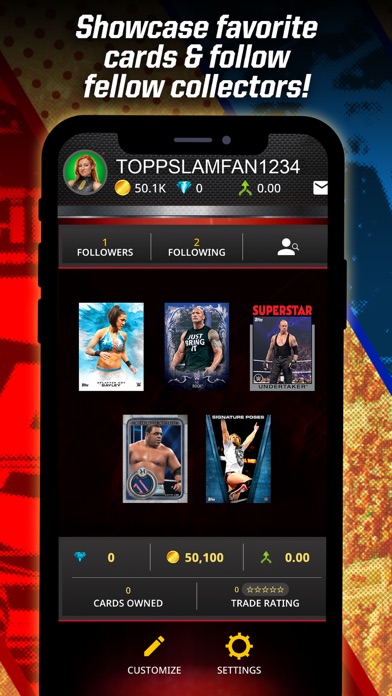 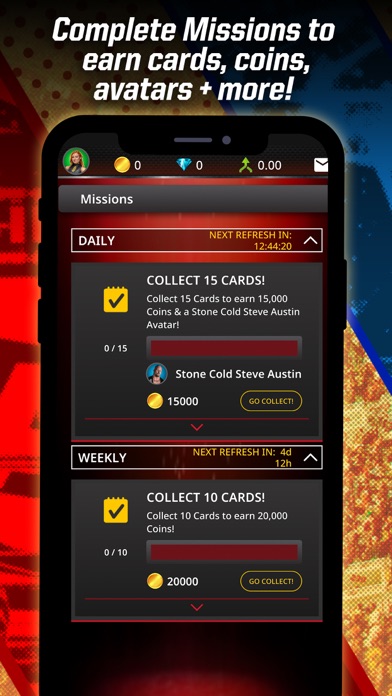 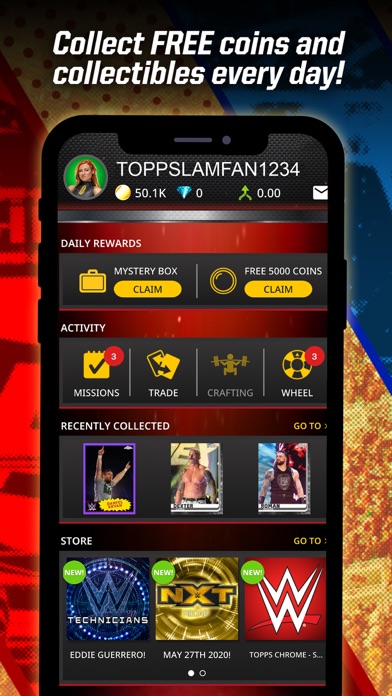 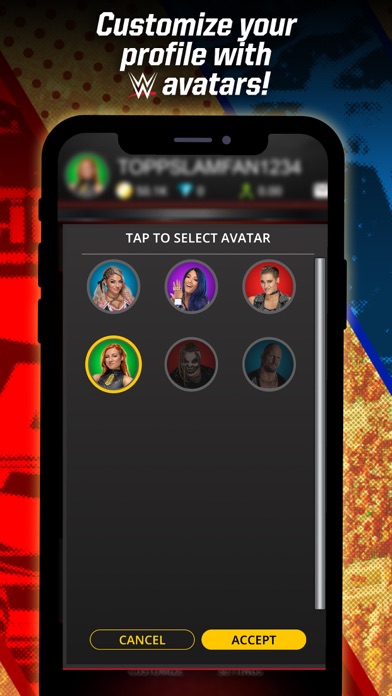 Don’t waste your time, and especially save your money when it comes to Topps cards apps. They do constant updates and it does nothing. Topps has been garbage for years, save your time and money.
By little4chordme

Amazing now at least I don’t have to play Roblox 24/7 now I’m pretty much just addicted to this game.
By Matthewbeast5

Ok the app is great me and my friend play it all the time and are collection is growing daily but the coin system is not great, I think 5k a day is to little I think the 25k was so much better I would love it if you would bring it back and would play this game way more but besides that apps great!
By LEVIFLAMINGO

Can’t see some of the cards
By Boothlover12

Remove this app !!!
By EdiQues

I absolutely love this game I downloaded it once but deleted it. Then I came back to it and actually played it and it cured my Boredom through quarantine. So thank you to who ever created this game
By TILTEDREPLAY

Could you possibly add Jinder Mahal as an avatar choice. Literally out of all the superstars, There isn’t an avatar for Jinder
By Camtroy43

Let’s start with the cons... you end up with a ton of low level cards that build up way faster than you can fuse them away. Cripes give us the ability to fuse for coins that at least is something. Another con is more player than the game itself but someone has to be honest about this thing. Don’t look for folks giving you much of a hand. Oh you’ll get a few when you’re new but once you really start wanting to trade up they want to trade you down. I don’t know how often they update the cards but here we are in ‘21 and I am still getting base cards for ‘20 so again ... same cards over and over and over again. The pros well you can build up sets of your faves but that knocks you back with the cons and folks not being interested in working with you.
By Kr0wmagnus

I have been playing this game of all 2020 it’s help me stay inside thank you WWE slam were superstars, icons and were icons come legends🤟so far my favorite superstar is Edge just bring the game to your iPhone and if you don’t that’s the bottom line because Stone cold said so🍺🍻🍺🍺🍻
By zayer726

It’s a good app. It started a little more than a week ago, I can’t get into the app. I red own loaded it, looked for updates. But I still can’t get in. It’s a good game in all, if you are in it for to long you’ll have to go back in
By pdxcool