Watch high school sports live on the NFHS Network Live App. Stream Live, Follow Your High School, and Watch Regular Season and Postseason Games. STREAM GAMES LIVE Watch high school games in over 30 different sports from all 50 states. In addition to regular season games, the NFHS Network allows fans to watch state playoff and championship games for 44+ State High School Associations in the United States. FOLLOW YOUR FAVORITE SCHOOL Find and follow your favorite high schools so you never miss a game. Get notified when the school(s) you follow have a game. WATCH REGULAR SEASON GAMES Schools that are part of the NFHS Network School Broadcast Program produce their own broadcasts of regular season games so their fans can keep up with their team even when they can’t be at the game. Other top regular season games are also featured throughout each season. WATCH POSTSEASON COMPETITIONS The NFHS Network produces and streams playoff and state championship games for over 44 National Federation of State High Schools member state associations. Watch state championships live for fall, winter, and spring competitions. WHAT SPORTS CAN YOU WATCH? · Basketball · Football · Wrestling · Volleyball · Soccer · Cheerleading and Dance · Ice Hockey · Baseball · And more – 30+ different competition events WHAT STATE PLAYOFFS CAN YOU WATCH? · UIL (TX) · IHSA (IL) · NYSPHSAA (NY) · GHSA (GA) · MHSAA (MI) · MPA (ME) · AHSAA (AL) · CIF Sections (CA) · And more – over 44 state associations & sections NFHS NETWORK SUBSCRIPTIONS Access to watch unlimited NFHS Network events live requires a subscription of either $10.99 monthly or $69.99 annually. Your subscription will automatically renew each Month/Year for its listed price. In-app purchases will be charged to your iTunes Account at confirmation of purchase. Subscriptions can be managed by the user by going to the Account Settings after purchase. Cancellations will take effect at the end of the current subscription period. ABOUT THE NFHS NETWORK High school sports wherever, whenever. The NFHS Network is the leader in streaming Live and On Demand high school sports. The NFHS Network covers over 27 different regular season and postseason sports, as well as other high school activities, celebrating the accomplishments of student-athletes, student broadcasters, and high schools across the country. Partnered with the National Federation of State High School Associations (NFHS.org), 44+ high school state athletic/activities associations, and PlayOn! Sports, the NFHS Network is a joint venture created to provide fans with the ability to stream high school sports on any device, from wherever they are. NFHS Network events are available to watch online at https://www.nfhsnetwork.com and through the NFHS Network Live App. Watching high school sports has never been easier. Privacy Policy – https://www.nfhsnetwork.com/privacypolicy Terms of Use – https://www.nfhsnetwork.com/termsofuse 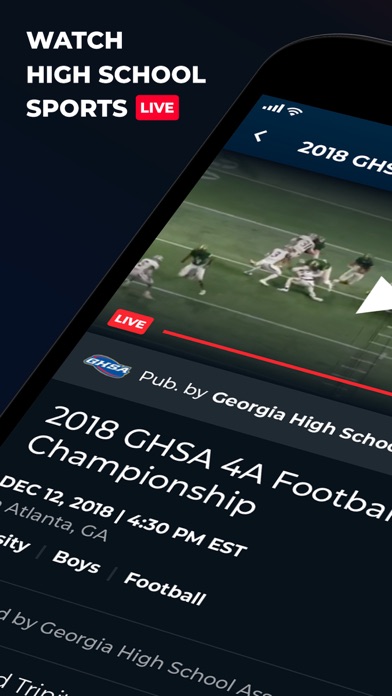 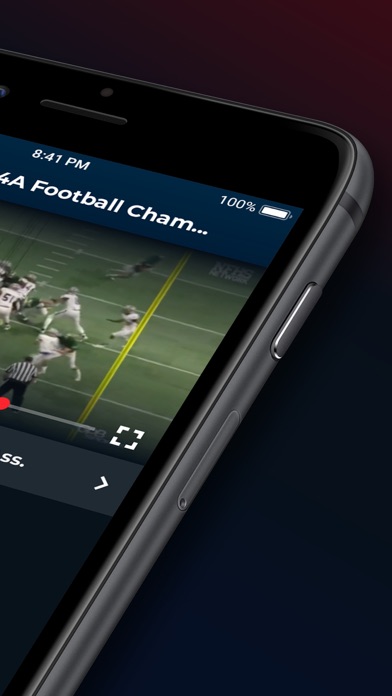 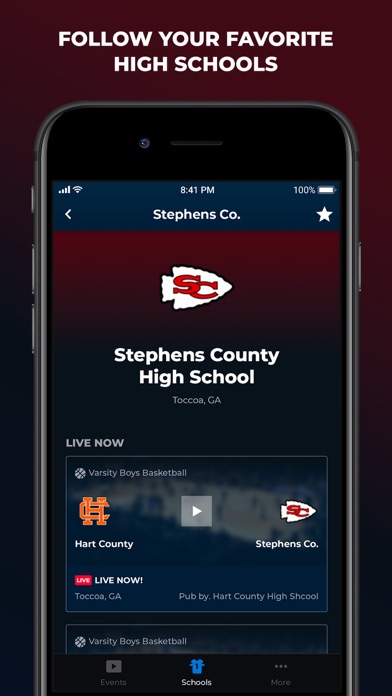 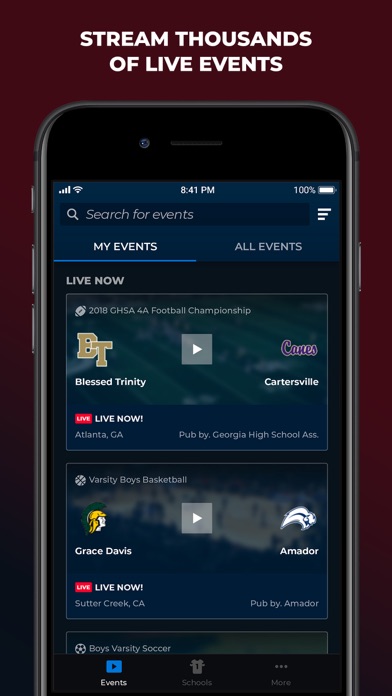 Great concept, but it continually buffers. We can stream Netflix on 5 televisions without issue but can't watch a single live event on here. It does work much better watching the events on demand, but that defeats the point.
By HailToPittFan

I emailed customer service several times to cancel my account with no reply, and they continued billing my credit card for two more months. The only way I got my money back was to contest the charges on my card with the credit card company. Don’t pay with a credit card on this site! Pay through the App Store, but don’t count on getting any customer service if you have problems.
By kurt@nd

Pay money monthly for a subpar service. It doesn’t show score or time of the game. Quality is okay but not worth what they charge. Hope they improve this service soon!
By SwaggJDog

Don’t get this App

It isn’t worth the money. The schools sometimes stream the games and sometimes they don’t . It appears they are in control. I have called numerous times to find out who is responsible for what sports are streamed. No answer. So I paid and now more than half the time the game I would like to see isn’t being streamed. So a waste of money.
By Kldcal

NFHS network is horrible. I’ve tried using them to stream my children’s high school sports games. Their system will buffer constantly, whether on their app, on Safari or on Chrome and on multiple different devices. In many games I’ve only managed to watch maybe 5 minutes. I’ve contacted their customer support about it and not found them to be at all helpful.
By mre54321

I really enjoy watching my Grandson play basketball via this app.Thank you so much.
By Jay +Knee

This app has caused my family great anxiety and stress due to its technical issues and overall formatting. Why.
By YeetBoi1997

This app is terrible! Buggy

The app bounces around to different parts of the game during a ‘livestream,’ losing the purpose of trying to watch in semi real time. On demand is better but loses the appeal of a live game.
By Jackk03

Streaming was very good, but for what we paid, the camera work was terrible. At least once each four downs, the camera wasn’t following the ball and we missed important plays. Meh.
By Splashy splash

this app is an absolute joke. they don’t care about quality they just want your money.
By FlatTop412