Missileman is a high-speed, vertically scrolling 2D shooter. You are a man on a missile! Shoot enemies down with missiles. Earn EXP and upgrade your missile. Can you beat all 16 stages across four Zones to ultimately defeat The Eye? Dodge walls and obstacles that scroll by at ultrasonic speeds while still aiming carefully to target each enemy, one by one. Missileman is a game all about speed and precision! Earn points by leveling up, which you can then use to upgrade your abilities in three separate skill trees. You have a total of 24 skills to choose from. Plan a different strategy on every play-through! Missileman has four Zones, each divided into 4 stages that are generated procedurally so that the wall layout and enemy patterns are always different. Each Zone also has distinctive enemies, whose design and attacks are built around the Zone's own unique boss. Have a nice missile! 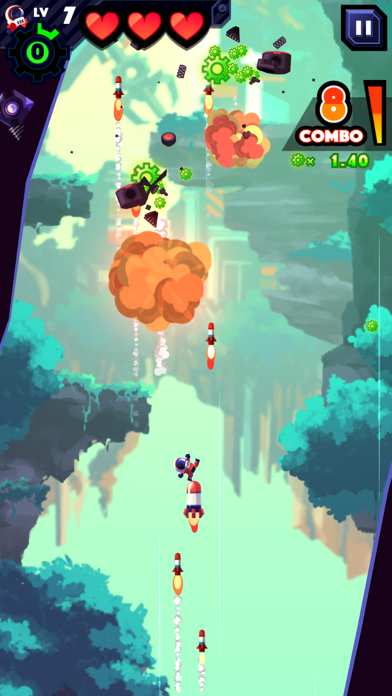 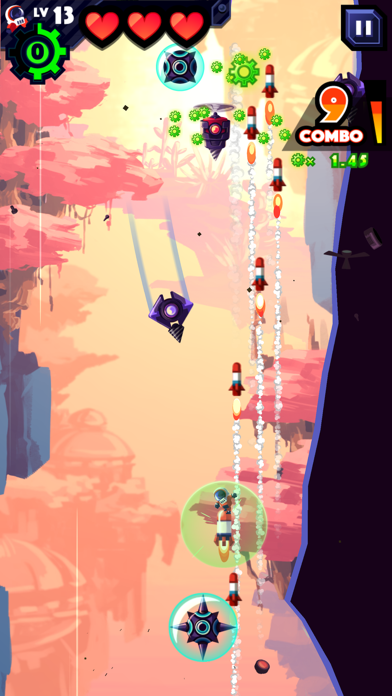 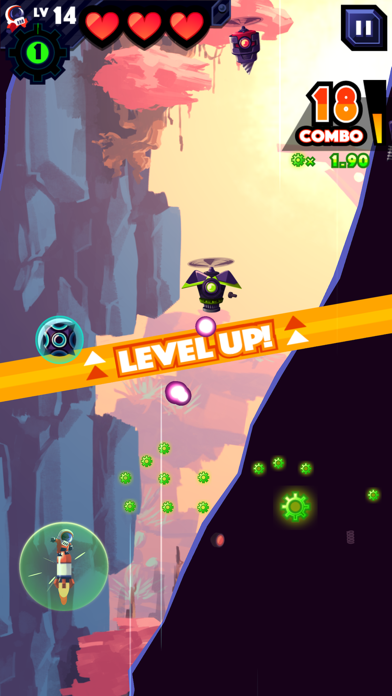 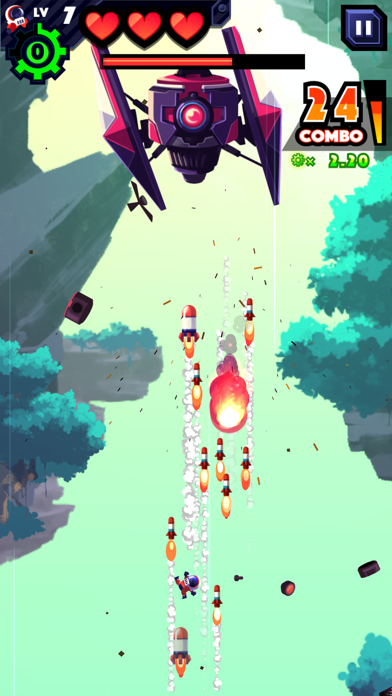 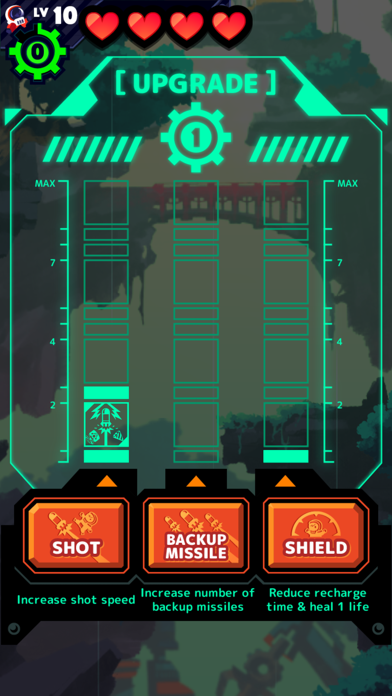 Not updated for iPhone X

Only uses a small portion of the screen on newer iPhones.
By pseudopsyche

The app isn't even close to optimized for iPhone X. A recent update has pushed the pause button and the score off screen. Please fix soon!
By Andrew McCullough

Where are the in-game currencies and micro transactions? Why can't I buy more hearts with real money? What's a guy gotta do to skew a leaderboard with a revive or two? I mean, come on... Please? Pretty please...with a revive on top? How's it possible that a game can be JUST a game, without ulterior motive? Hmmm... Highly recommended.
By SumoSplash

If you get this game, get used to dying. A lot. The game play is fun, and super addicting, but it's designed like a kaizo rom hack. There are only four worlds, with 3 levels plus a boss in each level, yet it still took me over six months of playing it an hour our so a day to finally beat it. It just took that much skill, testing different upgrades, and luck. That doesn't detract from the game. This game is great for all those times where you only have 30 seconds - 1 minute to play, like waiting in line or for the train. The graphics and music are also amazing for an indie game.
By thekiyote

Okay, but could be better.

I'm an avid gamer, and even I think this game is waaay too difficult. If you want to kill a few minutes, by all means: buy it. As far as the longplay goes, though, there is none. I'm disappointed.
By Jeffthebomb

What would be great is if the game automatically paused, or slowed way, way down when both thumbs are lifted off the screen. Kind of like Sky Force.
By B. Russo

This game is so fun. I got all the challenges, and there aren't anymore. It's like I beat the game. Please add more to this fun, addicting game! 😁🎮👾💥
By OpTiioNaL--_-

Not fun. Not polished. Not anywhere near worth the price.
By SabraXas

This game manages to achieve the depth of Downwell by reaching heights all its own. Missileman is more fun out of the gate, making for a must-buy for fans of the earlier game. The idea of using your giant projectile as a tiny means of transport is not only cool-looking as hell, it organically introduces a type of gameplay I've never seen in a top-down shooter (not named Ikaruga) before by requiring the sort of pin point precision found in a Call of Duty sniper mission. The upgrade system is as wonderfully varied here as it was in Downwell, and is more sophisticated and strategic thanks to the use of multiple skill trees. The game abounds with innovations- uncollected EXP has limited shelf-life, a standard video game trope, but having it bounce around like a Mario Star-Man until it expires is brilliant! Wind streaks double as graph lines to help you line up your shots. And the bosses! I can't say enough about these how fun and unique each of the four (one per Zone) are. And in a way, the battle with each boss begins from the first stage of each Zone, as the developer designed every enemy in each stage to either ominously foreshadow what's coming at the end, or to teach you techniques that will be essential when the time for that tete-a-tete arrives. Despite its many innovations, Missileman also brings to mind classic twitch arcade games from the 80's but with a modern sensibility (combos, upgrades, and procedurally generated stages with roguelike elements, etc). The ship's wall-dodging movement is similar to Laser Dog's Alone, which I think is ideal for small touch screens. The impeccable design makes it so your finger doesn't occlude your view either, a big plus. I'd argue it does this quite a bit better than Downwell since your finger is far away from oncoming enemies. (Downwell is an experience best enjoyed on PC with a controller.) No such problems here, this is bar none the best top down shooter on iOS in part because it was designed FOR iOS. 5 stars!
By Macaca101

Game is waay too hard
By COMR4DE