**The first chapter of “The Force Awakens” story is free and additional levels, story, and content are unlocked via in-app purchase.** Relive the galaxy's greatest adventure in LEGO® Star Wars™: The Force Awakens™ for mobile! Play as heroic characters from the movie, including Rey, Finn, Poe Dameron, Han Solo, Chewbacca, C-3PO and BB-8, as well as Kylo Ren and General Hux. LEGO® Star Wars™: The Force Awakens™ immerses fans in the new Star Wars™ adventure like never before, retold through the clever and witty LEGO lens. Additionally, players will experience previously untold story levels that explore the time leading up to Star Wars™: The Force Awakens™. FEATURES: • LEGO Star Wars™: The Force Awakens™ introduces exciting gameplay mechanics never before available in a LEGO game including: Multi-Builds, Blaster Battles and enhanced flight sequences. • Choose from multiple building options with the new Multi-Builds system to solve puzzles, or just to have fun. All actions advance the experience in different ways. • Leverage your surroundings as cover and engage in intense Blaster Battles to drive back the relentless First Order and emerge victorious. • Experience the thrill of high-speed, action-packed flight like never before, including arena-based aerial battles and dogfights. • Enjoy all new levels and characters with the purchase of the All Content Season Pass. Exciting content will be rolling out through the year. 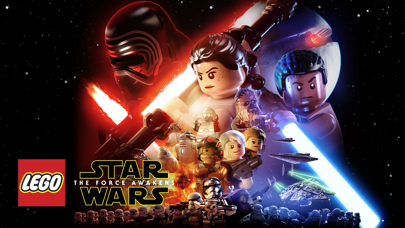 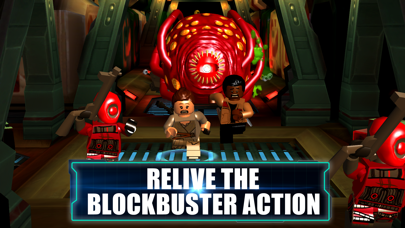 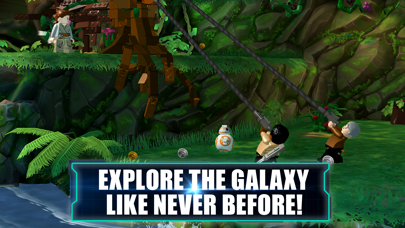 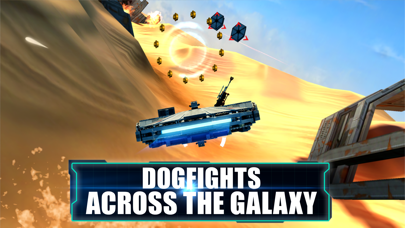 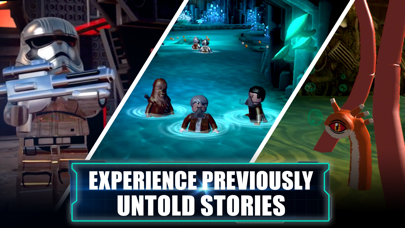 I looked at the videos at the app thing and its not like the ps4 version? The characters look different, but idk about the levels (I haven’t played it yet, so I can’t compare it to the ps4 version). I will update this review afterward. Update: Apparently I can’t play the first level. It just shows a video thing and then it disappears and the app crashes. I heard of others having the same problem as me.
By Waylon07

good but not the best lego game…

Alright, So I started playing and literally it was rage quitting to me it was really hard second of all WAY TOO LAGGY FOR MY IOS third of all the other levels are too expensive dude ya hafta calm down anyways, the game is good but please listen to me.
By REXIE THE HERO BRO AND BOY

Every time I play the first level only the audio plays, there’s no cutscene, and when the level ends it crashes. Please update the game.
By Mandragor4

I got the new Lego Star Wars and bought the season pass and the game locks up after the prologue for chapter one finishes, I can hear the cut scene but it won’t show me the video I feel I was cheated out of money on a app that doesn’t even work and I want my $7.59 back
By Dylanb77

The game keeps crashing when we finish chapter 1. My son has hope and keeps playing the first chapter over again only to have the game crash and then he needs to start all over again! It’s very annoying ! Please fix this.
By rihcfbs

I just got it yesterday and for some reasons I can’t watch the story mode of the game and whenever I plan on going to a different planet or mission it blacks out. I can hear the audio b it for some reason after the story ends it exits out the game and I have to restart. Please fix this issue I didn’t buy the whole pack just so I can’t watch and play my game without it exiting out. At this point I’ll be asking for my refund.
By Leia lover

Don’t play just opens and shuts down
By Offdaperky

i’m on some ipad, and when i play, the whole screen goes black :( plz fix and i get kicked out
By D3NN1$

The game was good but more recently it started glitching to where when you’re going to a new level and a cut scene starts, the screen goes black and eventually it just turns the game off and send you back to your phone Home Screen. Someone else mentioned this in their review so I know it’s not just my phone or something I’m doing. Please fix it!
By ryst92