Something is causing the the pigs to herd to Bird Island in droves, and the birds have found their eggs in danger once again. It’s up to you to assemble an unstoppable team of evolved super birds and put a stop to the pigs’ shenanigans once and for all. Or at least until the next time they pull a stunt like this... Collect, assemble, and evolve your flock. 100+ crazy new Angry Birds?! We’re gonna need a bigger nest. The flock is bigger and badder than ever before. Build your own team, combine super skills and evolve your birds into their ultimate form. Embark on an epic adventure. Something sinister is brewing on Bird Island. Why are there so many pigs around? Who is behind the mysterious Bacon Corp? What’s the Eagle Force? Who lost the dungeon keys? Find the answers – only in Angry Birds Evolution. Crush the pigs in explosive battles. What’s worse than egg-stealing pigs? Over 90 different varieties of egg-stealing Pigs, that's what. Pirates, ninjas, tourists – someone has to clean this place up. Let the feathers fly in full contact battles and send the pigs packing. Join weekly events. Earn awesome rewards, and get a chance to add extra rare birds to your team by taking part in weekly events. Join by yourself or assemble a clan of buddies to compete with other clans. Build the strongest, most awesome clan on Bird Island and rule the roost! Compete against other players. The Oinktagon: two teams enter – only one leaves (victorious). Challenge other players in PVP tournaments of the Bird Island pastime, Pigball, and dominate the leagues for even more awesome rewards. FEATURES: – Over 100 colorful new characters to hatch and collect. – Assemble the ultimate flock of birds and take down the pigs with ease. – 5 Classes of birds with unique abilities. – Evolve your feathery heroes into unstoppable super birds. – Explore the island and stop the Bacon Corp. – Climb up the Eagle Mountain and win ultimate eggs. – Battle other players in the Oinktagon. – Join clans to unlock perks, compete with other clans, and chat with clanmates. – Send out scouts for rewards & challenges. MONTHLY SUBSCRIPTION Angry Birds Evolution offers a subscription service that grants subscribers exclusive benefits every month. Subscription Benefits: – One Premium Egg Ticket every day – 10% more gold and gems when purchasing in the shop – Subscriptions may be managed by the user and auto-renewal may be turned off by going to the user's Account >Settings after purchase – Any unused portion of a free trial period, if offered, will be forfeited when the user purchases a subscription to that >publication, where applicable The monthly subscription is available as a recurring monthly purchase at a price of 24.99 USD (or local equivalent) / month. Payment will be charged to your iTunes Account starting at the initial confirmation of the subscription purchase. Your subscription will automatically renew 24-hours before the end of the current payment period. Manage subscription auto-renewal in iTunes Account Settings. No cancellation of the current subscription is allowed during the active subscription period. Cancellation will take effect at the start of the next subscription period. --- Terms of Use: https://www.rovio.com/terms-of-service Privacy Policy: https://www.rovio.com/privacy --- This game may include: - Direct links to social networking websites that are intended for an audience over the age of 13. - Direct links to the internet that can take players away from the game with the potential to browse any web page. - Advertising of Rovio products and also products from select partners. - The option to make in-app purchases. The bill payer should always be consulted beforehand. - This application may require internet connectivity and subsequent data transfer charges may apply. After the initial download, additional content will be downloaded and this may include data charges. 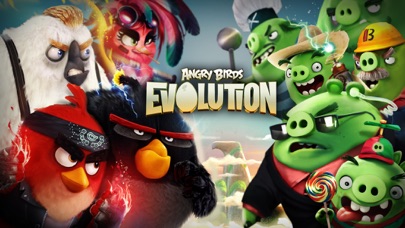 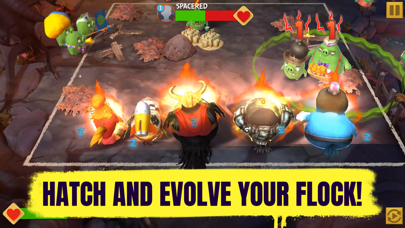 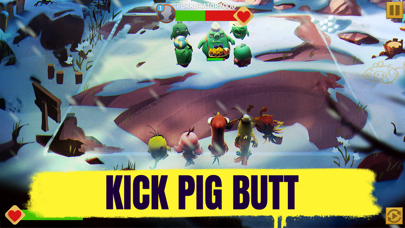 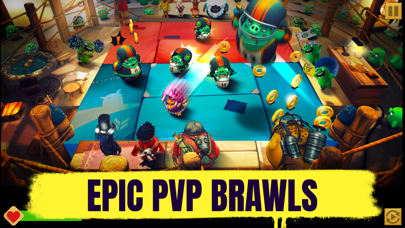 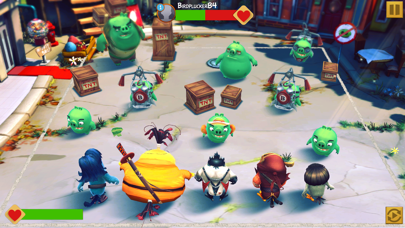 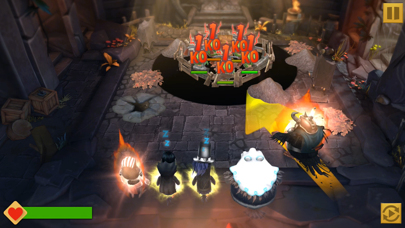 The game has become 99% inactive. Every battle results in a forfeit game shuts down and takes awhile to restart. Since this newest game it freezes with the same result. Maybe spending alot makes a difference but to me its not much. 12/9 No event rewards, ect.. again. buy it or don't waste your time. I wouldn't gaurantee that wouldn't be a waste of money. No event rewards for months and months. I might be able to play one or two scout games a month the rest of the time the game shuts down. The game has no support. Reading others comments the glitches aren't glitches. Broken. Broken worse... zero support help for glitches. Every update has made the game worse. We have reached the biggest fan event goal of 600k 2 days ahead of the event ending. I'm looking forward to NOT recieving the ten hatch egg award....... 181,000 over the event award threshold, guess I shouldn't expect the award? 151% of award threshold, no premium egg expected. Will the island battles ever be available again? The event reward was not awarded, again. 7/3/2020 ssdd
By @#$&*&$#&$+*(/=&=&=&;;;;)(

Awesome game but one problem

This game is great i love it, but sometimes when i click something or dont do anything the app closes and its really annoying, and i have to wait for the loading screen everytime.
By DiazThamrin

I mostly enjoy the game, but it seems like the only options for currencies (I.e.: gems) are 59.99 and above - seems like you are forced to spend a ridiculous amount of money if you choose to buy currency unlike most mobile game’s which at least offers one lower tiered currency in a more reasonable range ... I hope evolution can add something like that in the future
By HeaSell

I don’t know if it’s my phone or not . But have you considered bug fixes for lower generation like 7 ? The app keeps crashing like every two to five minutes. Other than that I think it’s better than the original angry birds where you have no guide and have to learn from scratch. Not much to say other than what I just said.
By leahsutliff

Stop fussing about the adds people !!!!

Tried to purchase an “event offer” just took the money and never received what I was suppose to. Still trying to get the money back.
By titotaco2019

I have had many issues with the game. One issue has been in regards to a purchase and not receiving items that I won in the game. After contacting customer service via email they made me feel like I was wrong even with proof (screenshot). So just be careful in any purchases, double check the items you win they may not show up in your inventory.
By lakelady5063