PPPoker is one of the world's largest private club-based online poker platform, and boasts a global community of poker lovers! Launched in 2016, PPPoker strives to offer the best poker experience to millions of real players from over 100 countries worldwide. In PPPoker, you can create and play in your private Club against friends and family in the most unique and personalised online poker experience. Play across a variety of popular poker variations such as NLH, PLO & OFC, and do battle at the tables anytime you want. 【Diverse Poker Experiences】Expand your Club’s community and qualify for PPPoker Live Events. 【Exciting Poker Variants】Play games such as NLH, PLO, OFC, Short Deck and more! 【Dynamic Poker Community】Share and discuss poker hands in our online Forum and at events. 【Global Tournaments】 Compete in tournaments against players across the world! 【Multi-table action】Play up to three-tables at once with ease Our motto is "For Poker Lovers, By Poker Lovers" - here at PPPoker we strive to provide a safe and fair gaming platform for all poker enthusiasts: 【Dedicated Anti-Cheating Procedures】 PPPoker implements several Anti-Cheating and reliability measures, including an Anti-Cheating team, Random Number Generator tests (RNG), Big Data analytics, and IP/GPS restrictions. Our Anti-Cheating team regularly generates RNG tests to ensure randomness in the online dealing process meets the appropriate levels for an entirely fair playing environment. Club owners can implement both IP and GPS restrictions into games to ensure players do not have an unfair advantage over others. PPPoker is also proud to report our platform has a cheating detection over 99.8%, and a platform uptime of 99%. 【Top-Rated Application Shielding】 The advanced built-in DDOS protection detects and identifies all kinds of threats automatically while blocking sophisticated attacks to ensure the server is secure and reliable at all times. We aim to provide a secure and steady gaming platform, which includes minimising all risks, including third-party incidents. 【Disconnection Protection】 We understand that sometimes external connection factors will table issues for our players, which can result in unnecessary downtime and potential loss. To combat the problem, our Disconnection Protection feature gives players extra 'time to act' to secure a stable connection before being sat out at the table. For more information about PPPoker: https://bit.ly/2Vvjb7G Follow us on socia media: Facebook: https://bit.ly/2XIUyas Instagram: https://bit.ly/2RHE7HC Twitter: https://bit.ly/3eDrRSi Youtube: https://bit.ly/2xATnz1 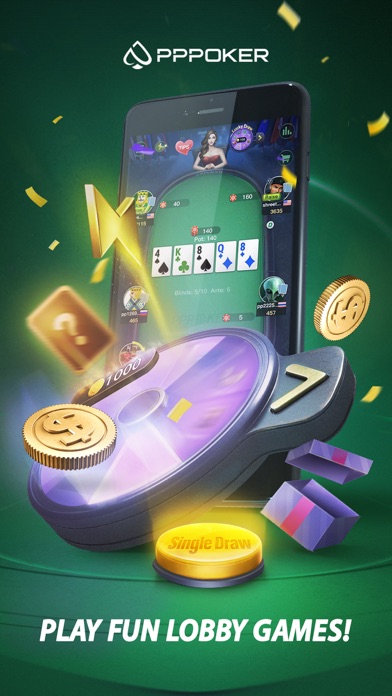 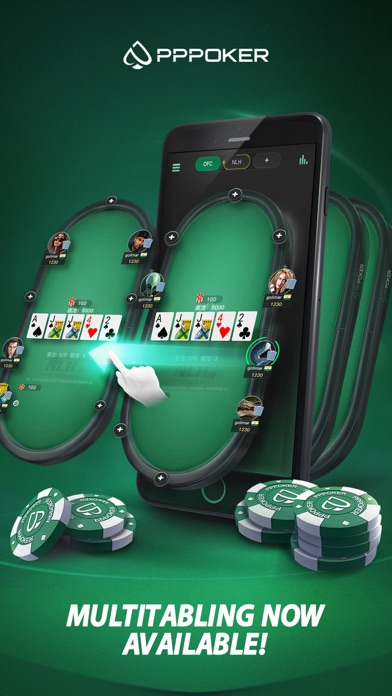 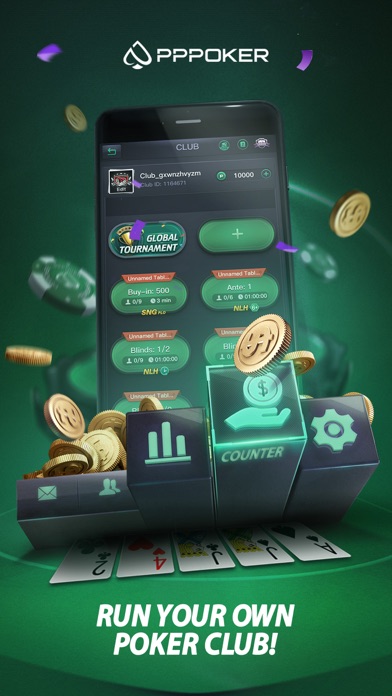 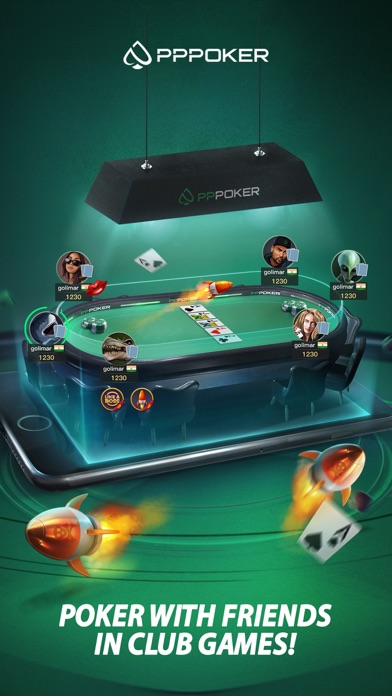 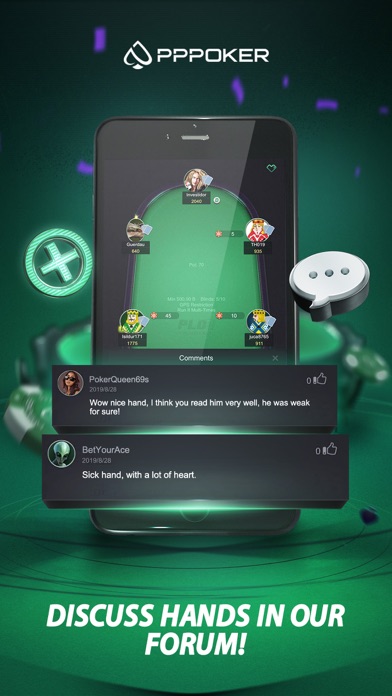 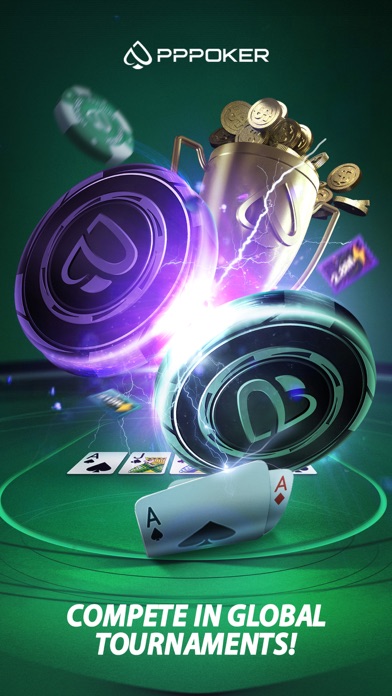 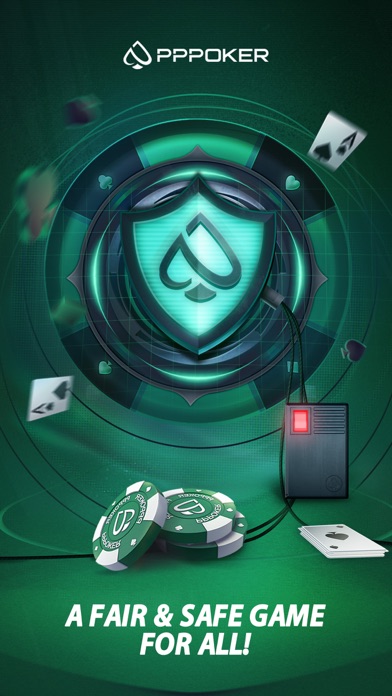 There are major glitches And the hands are consistently extremely unrealistic.
By Borgata Steve

Rigged algorithm takes all the fun out

It’s so obvious to many of us know.. it’s play money but it would be fun if it is truly randomized as opposed to rigged algorithm. If your plan is for folks to pay for Diamond then sorry I won’t be the one to do so. End of chips... App gets deleted.. your patterns are so obvious now that it can be predicted on a regular basis..
By Cruz80-Giant

Rigged AF. Nothing even close to real poker. Don’t play here. Save your money. Flop, turn, river are combination of the cards of the players involved. Always nuts vs second nuts. Shame on you.
By razmik v

This is a fun app for sure. That being said, poker wise this app does some pretty amazing stuff. People always hitting one outers people beat a straight off the flop with runner runner hitting a flush or full house on you. It’s nuts but hey let the odds not be in your favor stay in call anything Yo will probably be the winner come the river lol.
By Suprised Poker Player

I’ve been playing poker seriously for about 4 years now and have never seen as many coolers as i have playing pppoker. They say they passed the GLI test however that was in 2017 and haven’t been reviewed since then. I have played on numerous other sites and have hundred of thousand zoom hands on America’s card room, ignition, and poker stars combined. It seems the app possibly creates action to take more rake? I can’t tell but I’ve played around 33,000 hands on my account and can definitely tell something is off with the RNG.
By gudpoker

I tried to give this app one more chance but in the end the same. Pay attention to every hand you bust out on, guaranteed it’s a monster. 2 pairs or 3 of a kind with 3 or less players.....someone has a flush or straight.....trust me.
By Gjftdhdbjchxcv

If you into bingo, here it is

It’s just bingo not poker - actually let me correct myself, can’t be bingo because bingo is more random. It’s just meant put as many people as possible in the pot and then have a dramatic finish with a showdown. Nuts on flop is only 3rd best hand because there are 2 more cards to come and guess what, turn will hit someone to induce that action and river will be long shot coming in to beat everyone who at this point usually have all or most their assets in the deal The only more bs none random poker app is poker bros both are Garbage don’t waste your time
By FredMas

Don’t expect a fair game playing on this site. It’s rigged for action. It’s unfortunate cause everything else about this site is on point. They will make a reply that it’s randomness of the cards is GFI certified but numbers don’t lie and if you’ll look at all the other comments then you’ll realize everybody complains about the same thing that I am. Pppoker must think everybody is a fool or they would address this issue. Players drop out daily due to bad beats over and over so save yourself and find another site to download cause pppoker have no desire to fix their rigged deck
By ulkgs

Scam scam scam !! Don’t play for real money ever in there

This app is completely scam for who ever wants to play for real money !! They created there own group of admin to and once you join you will understand exactly what I mean .... DO NOT PLAY FOR REAL money in there ever .... it’s free advice .... I’m about to report it to the government also first thing in the morning . Complete fraud .
By dangerside

Gameplay is absolutely unrealistic, based upon some algorithm of who pays most to play to developers probably don’t expect accurate results.
By Tt662