Build your cities. Train your troops. Solve Puzzles. Expand your empire. Be the King of 7 kingdoms! All in Evony: The king's Return, the hottest real-time strategy MMO of 2021! THE EXCEPTIONALLY RICH AND AMAZING SET OF FEATURES: ◆ Choose from 7 civilizations to customize your game’s architectural style: American, Chinese, European, Russian, Korean, Arabia and Japanese! ◆ YOU ARE THE DIPLOMAT! Join a strong Alliance where you can make friends, communicate in real-time via voice and text with auto-translations so you can improve strategies and win epic battles. ◆ YOU ARE THE WARLORD! With over four types of troops to select and train from ground-pounding infantry to massive siege engines; wage epic wars, fight against your enemies and see the battles happen all around you in real-time on the stunningly animated World Map. ◆ YOU ARE THE GOVERNOR! Administrate your cities in your Empire and use your leadership skills in managing resources and research improvements to gain strategic advantages. ◆ YOU ARE THE MONARCH! Recruit famous Generals of history to help with battles and city development. ABRAHAM LINCOLN, GEORGE WASHINGTON, KING ARTHUR, CHARLES THE GREAT, JULIUS CAESAR, GENGHIS KHAN, ODA NOBUNAGA, YI SUN-SIN, and more await you to explore. See them battle across the world of Evony in real-time, capture enemy generals and use them against their own leaders! ◆ YOU ARE THE PUZZLE MASTER! For each Keep Level-up, you can solve puzzles and earn awesome rewards! Facebook fan page: https://www.facebook.com/Evony.The.Kings.Return/ NOTICE: Evony: The King’s Return is a completely free-to-play game, however there are some game items that can also be purchased for real money. If you don’t want to use this feature, please disable in-app purchases in your device’s settings. Also under our Terms of Service and Privacy Policy, you must be at least 13 years of age to play or download Evony: The King’s Return. Do you want to be the king of 7 kingdoms? Join now with your friends in the highly addictive RTS/SLG game NOW! 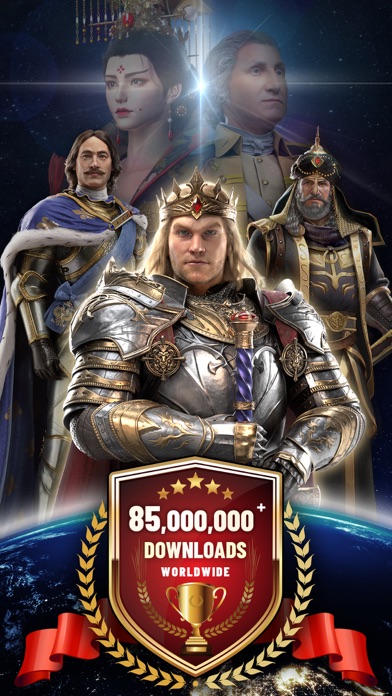 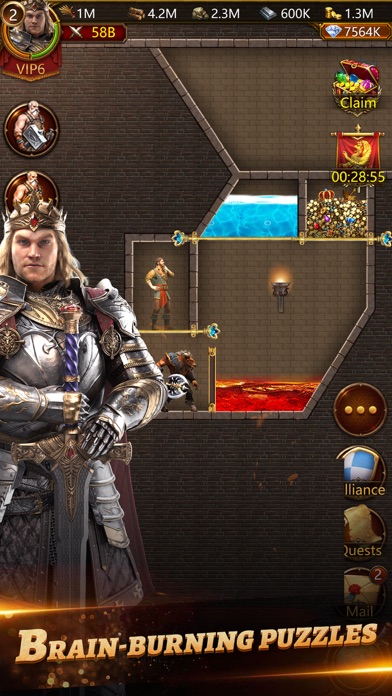 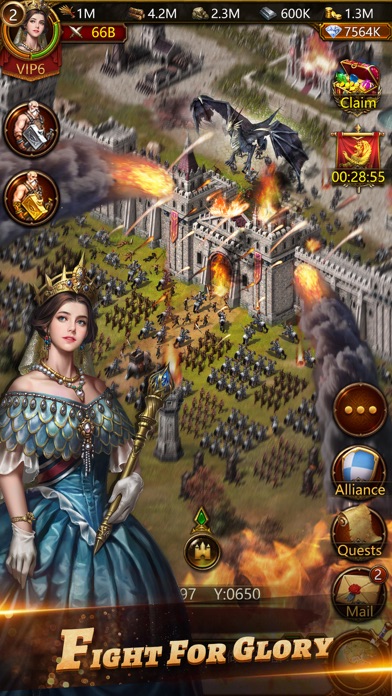 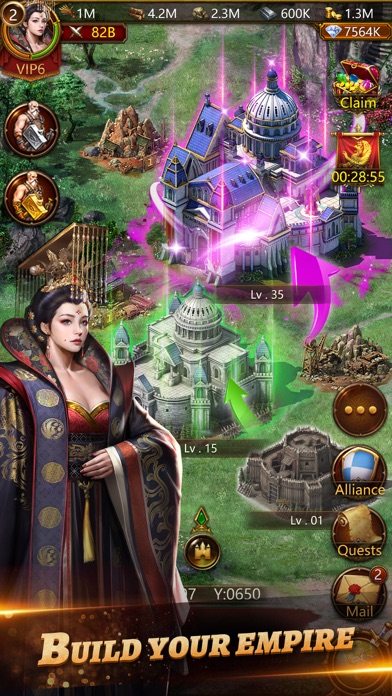 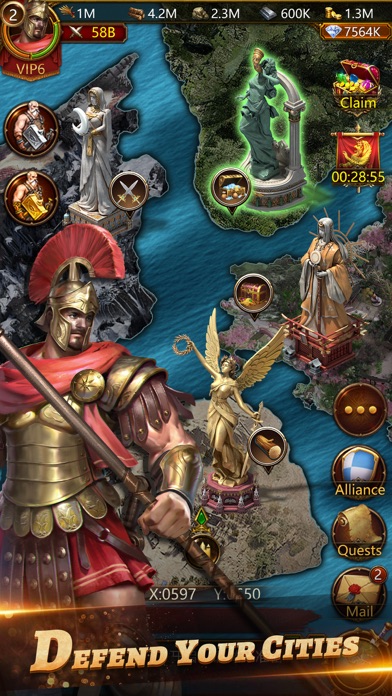 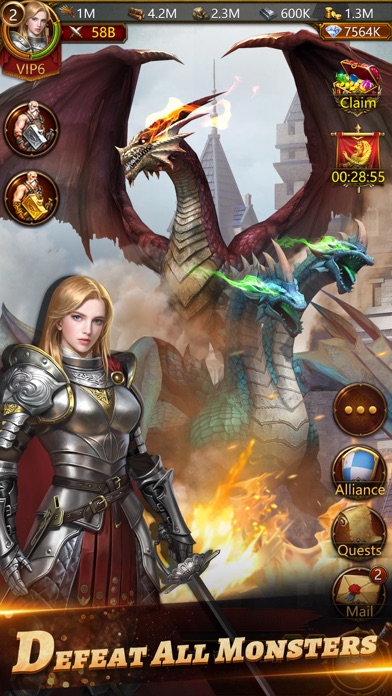 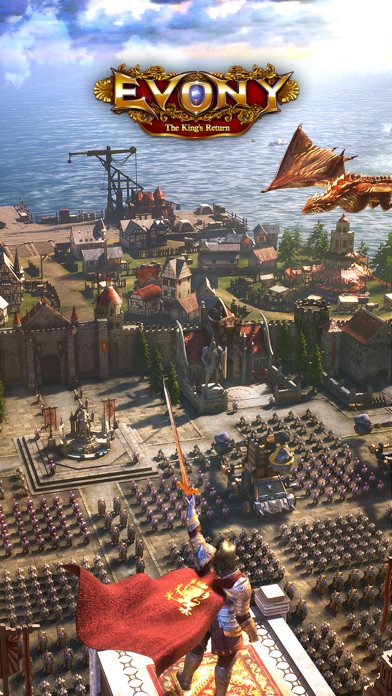 I’ve been playing this game for over a year and have only received 1 dragon ring and 1 achamenidea ring… SERIOUSLY. How about making it more fair for everyone and save your “canned” response of “it is random” considering there are players who have multiple complete sets of both. It appears only money gets you what you need.
By tonshadom

i love the game. meet great people all around the world. little pricey to level up quick or just get demolished by a veteran player. the only thing is i wish we could rearrange our city the way we want for convenience purposes.
By lelledge

I played the adds forever and on a whim I installed the game. There -are- mini games here, but the whole game as a concept is pay to win strategy. The mini-games in the advertisements were more fun than when you see them in the app, they don’t even bother with voices.
By King Chun King

This is an empire building game, you only get to play those fun puzzles every now and then and spend most of your time building and managing the empire. Get the app “Hero Rescue” if you wanna play a game like the advertisement
By AndrewQ1986

Great game, definitely addictive but fun. I like the interaction from other players. For the next update please add options on notifications. I want to know when my army returns but I don’t need to know the rally is done or the battle is won. Anyway, fun game thank you.
By MIchael M600

If you are looking for a game to spend countless amounts of your hard earned money, this is the game for you.Unless you spend $1000’s of dollars to grow your build, you will never be able to compete with the larger players. This is a pay to grow game.It is impossible to build a strong acct without spending lots of money in this game which takes all the fun out of the challenge of actually building your acct yourself.If you are willing to spend an insane amount of money in this game, you can have a chance.If you decide to not spend money in this game, you will never be able to get certain rewards from the game because you can’t stand up against the larger players. I have been playing for almost 5 yrs now.I am a casual player. I have a job and family that keep me busy so I can’t spend the countless hours needed to grow my account without spending money. I do like the game but feel it is extremely unfair how this game was designed for the people that are willing to spend money on a game on their phone or PC instead of actually working for it.
By Sammyblueballs

I have been going back-and-forth with customer support for weeks now. Now when you’re royal thiefs spawn they spawn in a spot in the map that you cannot get to them. they’re actually invisible same with Vikings they will be summoned to the same spot ours is cord 680 :800 I shared with customer support and they asked me to share pictures and they say they fixed the reward and sent me one chest. Now i ask do you even okay this game..every one who plays this game knows that when you kill all three you get three and if you can’t kill all three then you get zero how does giving me one chest fix this…when this is also happened multiple times to not only me but dozens of players in my alliance alone I can’t imagine everyone else in the game who is experiencing something to this degree very disappointed with Customer Service
By HesAllGood