Dissatisfied with your music provider or want to try something new? SongShift transfers the music you love to the music provider you want. Shift your favorite albums, playlists, and songs with a few taps. How it works: - Connect your music services - Configure which music you'd like to transfer - SongShift finds suitable matches. - Confirm our song matches and fix any we may have gotten wrong. - The rest is magic. Sit back and let SongShift transfer your music. *** Supported Services: - Apple Music * Requires an active Apple Music subscription for transferring into - Amazon Music - Discogs - HypeMachine - LastFM - Napster - Pandora - Qobuz - Spotify - Tidal - YouTube *** Key Features: - Share playlists with friends across music streaming platforms - Quickly Shift your favorite music between services - Match review makes it a breeze to transfer the exact music you want. - Add many transfers to the queue with batch setup. - Add new Shifts using a web link copied to the clipboard. - Monitor playlists for new song additions to keep your transferred playlists up to date. - Clean minimal design with intuitive features to enhance your experience. *** If you have any issues with SongShift, please let us know at support@songshiftapp.com. We'll be happy to assist in any way we can. SongShift’s Terms & Conditions are available at https://songshift.com/terms. 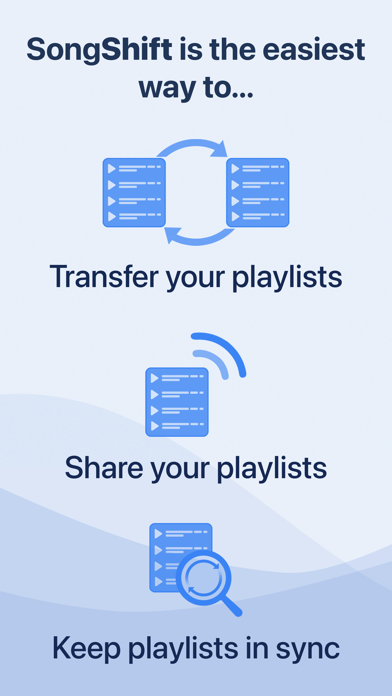 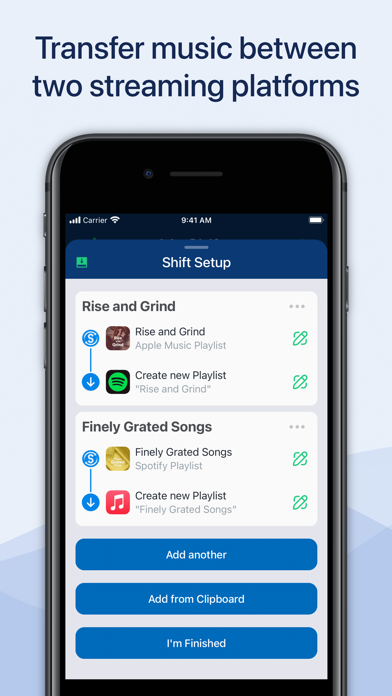 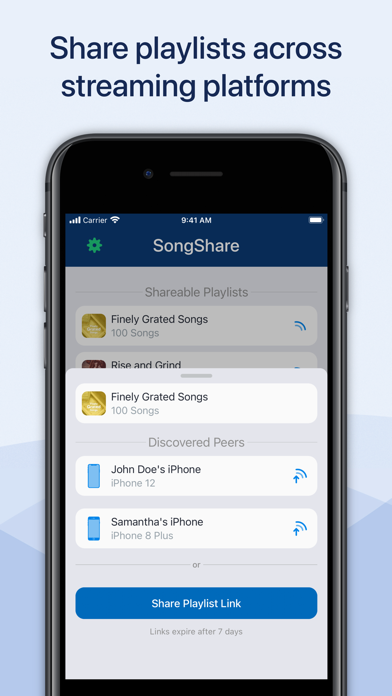 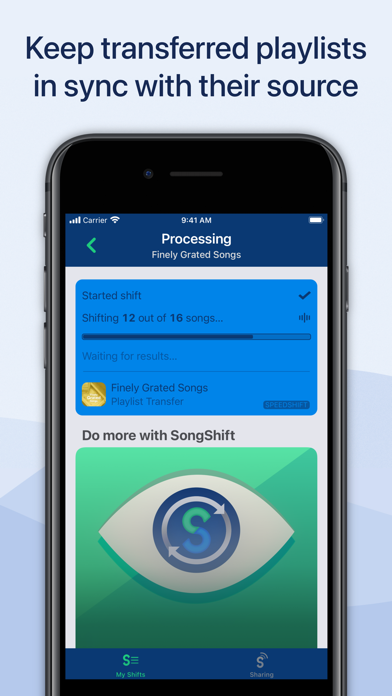 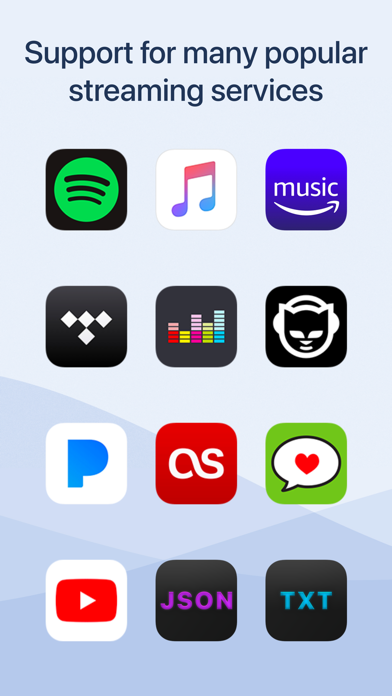 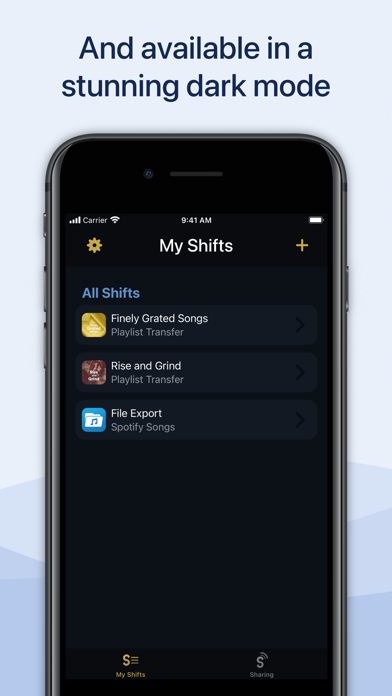 It was great, did exactly what I needed jt to do
By Carter12442

Don’t use this app! It’s super glitchy the ui is confusing at best and to top that all I spent a half hour going through and matching really 500 albums it should have been able to easily. Also my playlists are all kinds of messed up now so can’t wait to fix that.
By Dapalmighty

Great UI, does what it says and what I needed. I was mad that someone made this app before me cause I had thought of it years ago. After downloading, I’m happy someone did it so seamlessly and way better than I would’ve. Props to you guys app is great.
By Jacktastic25

Paid for the upgraded month hoping to switch my Amazon playlists to apple music. 28 out of 102 playlists worked well. For some reason, the other 74 have not worked at all. I only paid $5 so it's not the end of the world but this app doesn't do what it's supposed to do. 24 hours since I contacted customer support with no reply... Maybe I shoulda just stuck with Amazon. Or used a different app
By Smccaughey

I’m trying to transfer a playlist from Spotify to Apple Music and it keeps telling me to remove access to Apple Music then later tells me to enable access again.
By sav_rs

Took me an hour to figure it all out then it worked. Oh well.
By Richie8ball

This app makes it a breeze to switch playlists from one app to the other. It’s very easy to figure out and barley takes any time to make the switch. Make sure to go in and see if the app has switched all of your songs, the only flaw is that sometimes it finds the wrong version of songs, but changing one is better than changing all of them. Download this app to make the BEST out of switching music apps 🤩😁
By thatjazzy