AmmoDrop searches the web for the best prices on ammunition. Quickly filter and sort through thousands of listings to find a great deal. All the important data about a deal is extracted and presented in a clean, modern format. Visit the seller's website from the app when you are ready to make a purchase. You can also easily share a great deal you found with a friend or on social media! We also have the ability to provide automatic price tracking with instant notifications by subscribing to our PRO upgrade. Never miss out on a great deal! AmmoDrop supports most of the major rifle, pistol and rimfire calibers as well as shotgun gauges with new ones constantly being added. Additional retailers are also being integrated into the search results to provide as comprehensive of a search as possible. We are committed to helping customers gain transparency into the ammunition marketplace and hope you enjoy using our new app. We also support split-view on the iPad Air 2 and iPad Pro. Try it out! 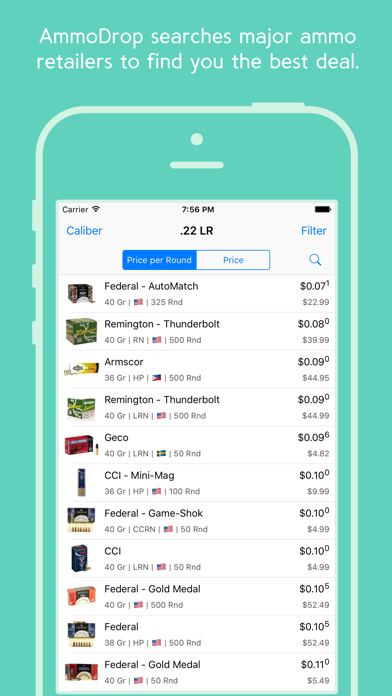 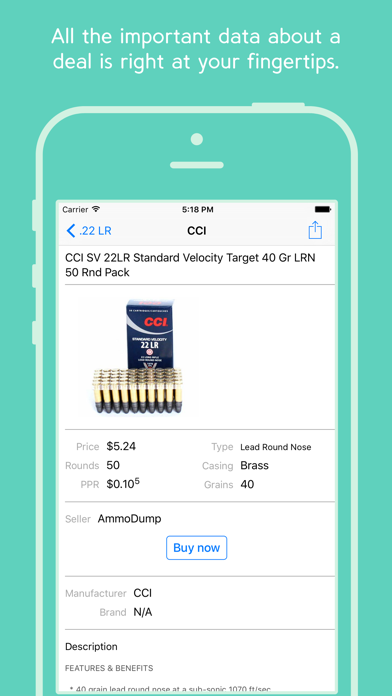 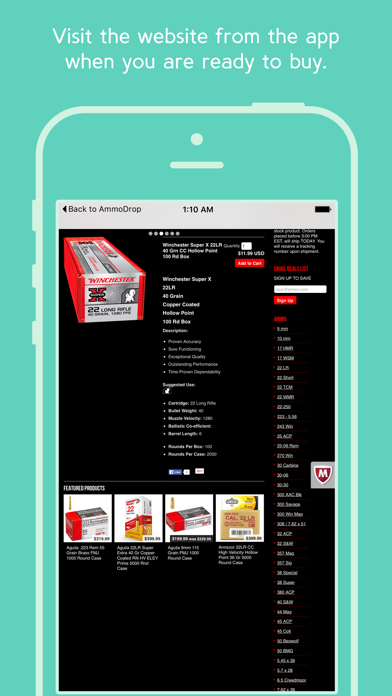 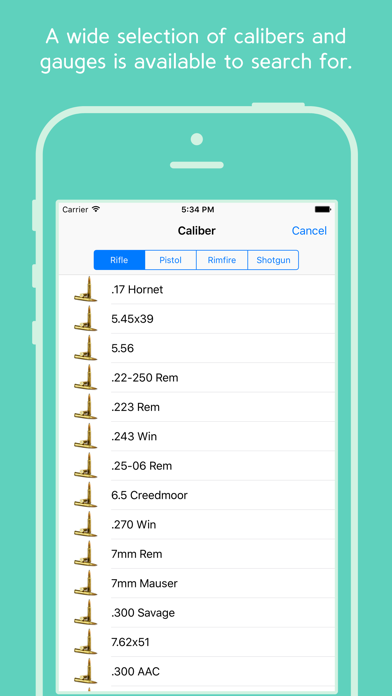 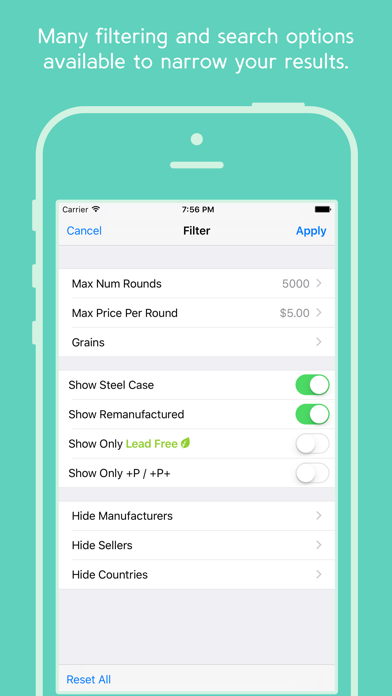 doesn’t exist in their app. This app is a waste of good time. Keep looking for something better.
By Capt Jens

Used to be a great App. now it’s unusable

Are you going update this App? I sure hope so. It’s been some time since I’ve been able to use it.
By IphoinetotingLDSman

Any way to add a category for components? Powders, primers, brass and lead?
By Plan BB

I deleted the app and still get notifications for this app being out of date even though it’s removed from my device!! This app hasn’t been updated in 4 years. I installed it and my iPhone immediately told me I needed to update. I deleted it and the updated notifications have not stopped. Uninstalling the app doesn’t remove it!!! Consumers beware this is not okay!
By Jack the Frosty Rabbit

They don’t even list one of the most popular cartridges - 300 PRC. GET WITH THE TIMES!
By OK Karma

Need to update
By checkr2180

No deals. This is a waste of time.

I haven’t found deals they claim to be available it’s ALWAYS sold out. Takes you to other venders with crappy websites (for the most part). Don’t bother with this app it’s disappointing.
By SeraphicAngel

I just installed the app today, and then immediately saw a “deal”. Clicking on “Buy Now” only took me to the seller’s Web site, not the “deal”. I called the seller, they said they didn’t know anything about that “deal”, and said the information was out of date. I looked at a couple of other deals, and those just took me to seller’s Web sites as well. I found one deal that seemed to work, so maybe it’s as much about the sellers as the app. I’ll keep trying it.
By Sharkinstx

I like the layout of this app better than others, but it has been pulling up the same results for ammo listings that havent been active since i started using the app (they are all outdated listings for Freedom First Outfitters). I have tried sending reports on several of the items, but they havent been resolved. In fact, I havent found a fresh listing for available ammo once since i started using the app several weeks ago. But I have found several deals through other apps. I want to like ammo drop, but there’s no reason to keep it on my phone if it’s not refreshing its listings.
By Claytorious1

This app serves the purpose of linking folks to high-priced resellers. Ammo prices found here are exponentially higher than what can be found via simple internet search.
By Sean7250