Get all our best iOS security under one account Kaspersky Security Cloud comes with premium apps designed to work beautifully on your iPhones and iPads. From essentials like password management to innovative new features including a tool that helps you stay in control of your private account data, everything’s designed to make your life easier and more secure. Plus you get personalized alerts and new security sent straight to your devices. It’s your ingenious security solution, under one account. Why you need it One account, many benefits Access a whole host of powerful security tools and technologies from a single account and protect all your different devices. Protection the moment you need it When online dangers threaten you, our adaptive technology automatically responds to keep you safe. It adjusts your settings, warns you about threats and alerts you to take action. Security from phishing attempts Anti-Phishing warns you about dangerous links you try to open in emails, IMs and on websites. Helping you ensure scammers don’t steal your Apple ID and access your device data. Cloud means performance Our cloud-based service works off your mobile devices to make sure they run fast and perform well. Giving you protection that keeps up with your busy routine. Remote management Because the service is linked to your My Kaspersky account, it’s easy to manage your security and settings – or manage security for family members* – from anywhere you can get online. What you get • Personalized alerts – sends you warnings, news & tips based on your online habits • Account check – searches your accounts for data leaks & advises you if issues are found • Secure and fast VPN – automatically detects unsafe public Wi-Fi & switches on protection • Password management – allows you to securely store, manage & autofill your passwords • Kids protection* – helps you protect you kids online & beyond with a range of powerful tools • Family sharing* – install & manage security for your family from anywhere you can get online • Remote management – manage all your security needs through an easy-to-use interface • Automatic updates – get new security sent straight to your devices as soon as it’s released *Family edition only By the way, would you like to become a Beta tester and be one of the first to try out our new product enhancements? Click https://kas.pr/kscbeta to sign up! Owing to legal restrictions on the use of a Virtual Private Network (VPN), Kaspersky Secure Connection cannot be installed in Belarus, China, Saudi Arabia, Iran, Oman, Pakistan and Qatar. Privacy Policy: https://www.kaspersky.com/products-and-services-privacy-policy Terms of usage: https://www.kaspersky.com/end-user-license-agreement 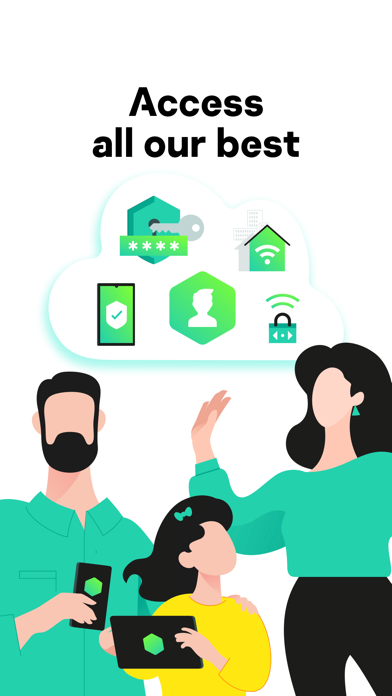 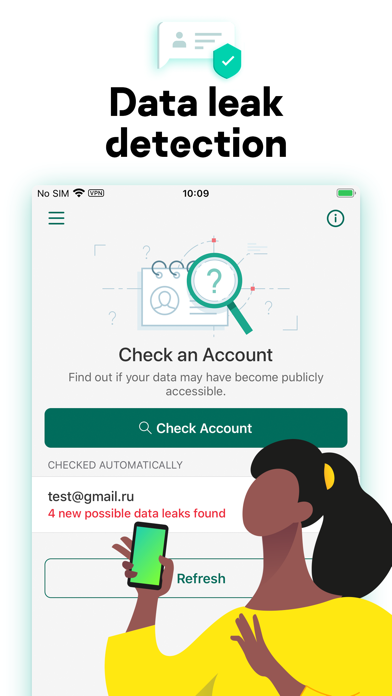 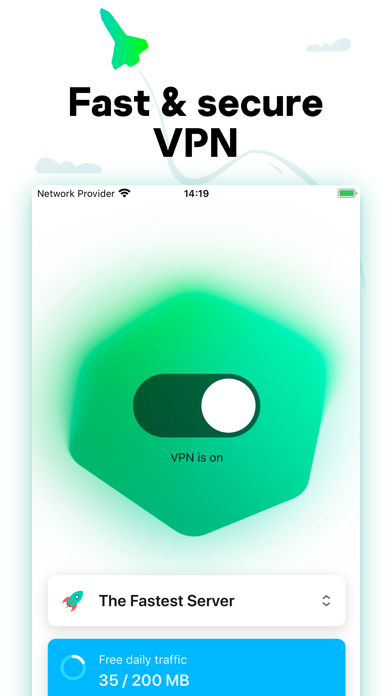 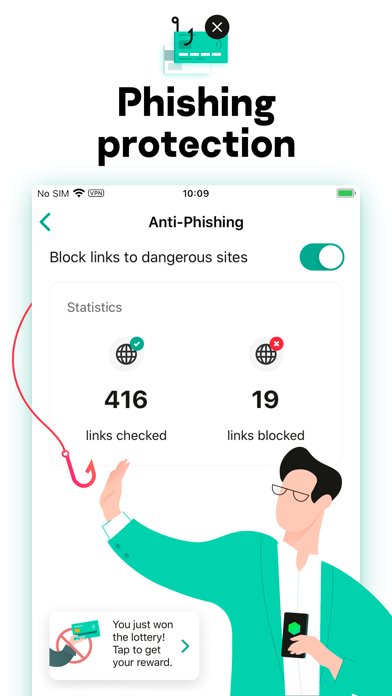 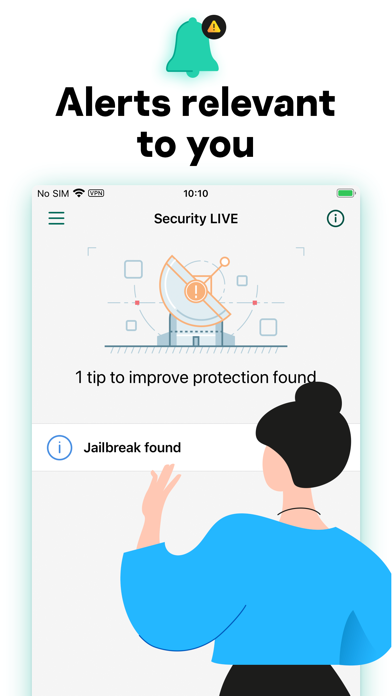 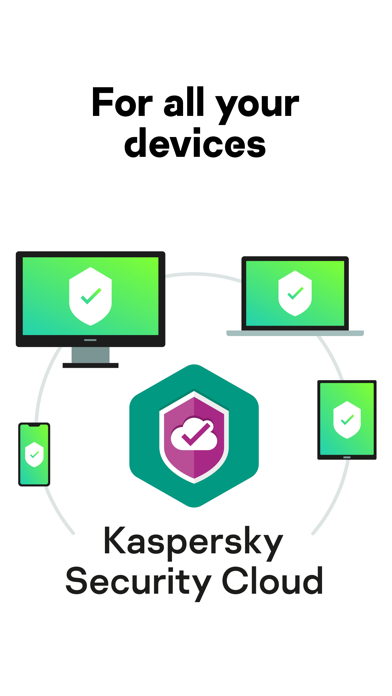 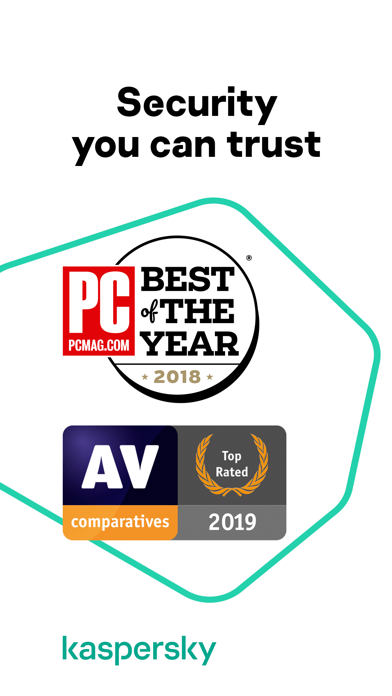 The app works well and has protected my devices for a reasonable price.
By Doctordadhead

KASPERSKY VPN DOES NOT WORK ON IOS. DO NOT GET KASPERSKY VPN IF YOU HAVE AN IPHONE! I was using Kaspersky VPN on my Android and PC completely effortlessly, but it is straight up BROKEN on iOS. I am 100% confident it’s not the network or this phone in specific, Kaspersky themselves have finally made a bad product. With the actual VPN app it completely refuses to connect, and with this app it connects but then drops out very shortly afterwards with absolutely no notification that it’s done so, which is arguably much worse. Thankfully I’m not using it to hide anything, but if you were living somewhere with an oppressive government or something, you’d be 100% SCREWED! Do NOT purchase this VPN service for use on iPhones, it’s completely broken and as far as I can tell they have no intentions of fixing it.
By why unique nicknames?

Virtually impossible to use WiFi reliably

The app would drop my phone off my own WiFi for some reason, and I could never get my phone to connect to public WiFi. I removed the app and the problems went with it. I still use Kapersky on my computers but I don’t have time to screw around with things on my phone to get them to work.
By Jmdkln

The best it’s just that simple
By alzo27

Ok but makes me use free version

Hi. I signed in with my kaspersky total security account that I have been using on my computer for years. When downloading this app I also downloaded password manager. It said I have premium subscription but when I download this app it makes me use free version and tells me to upgrade to premium. I don’t want to pay extra for something I already have. Please help.
By Mete Adli

Need to reboot to get wireless if IPad is idle

Signal is strong on settings , but wireless connection doesn’t show. You need to reboot every time the iPad sits idle in order to connect. It appears to be an issue with other users. Would be nice if they have solution to post vs. hi send us a ticket.
By Patch!1331!

Need to reboot to get wireless if IPad is idle

Signal is strong on settings , but wireless connection doesn’t show. You need to reboot every time the iPad sits idle in order to connect. It appears to be an issue with other users. Would be nice if they have solution to post vs. hi send us a ticket.
By Patch!1331!

I wish it wasn’t so, but the VPN just doesn’t work. I’ve gone through tech support and for over a month, just no VPN. Idk if it’s my region or what, but mobile data through this VPN service isn’t happening. It says connected, but it’s not properly connected. I’m even paying monthly for it, so that’s not cool.
By Thunderpaws666