Life just got easier for the gospel/contemporary musician. Do you use drum loops during your worship services? Do you really have time to create them every week and lug around an mpc, or even learn complicated programs JUST to run tracks? The Loops By C-dub app is the world's first mobile app created specifically to cater to the needs of the gospel musician. This app features an ever growing library of drum loops and click tracks, that have been created to be compatible with the most commonly performed gospel songs in church today! Don't have a drummer? Our app includes the ability to add LIVE DRUMS at the touch of a button! Just hit the switch! ***FEATURES*** -Thousands of easily accessible drum loops - Loop 1/Loop 2 switch that allows you to add live drums to the loop! Activate live drums ON THE FLY that will compliment the ACTUAL song that the it was created for! This is HUGE! -Tap Tempo feature allows you to "tap" the tempo of your loop -Ableton Link -Import your own loops that you created -Access your loops offline when you don’t have an internet connection -Lightning fast download speed -Adjust Tempo of loops to fit your needs -Loop Fade and Dim buttons for enhanced worship flow -Search by artist, title, or bpm -Use Playlists to prepare your loops for service with ease -Rename your loops -Try for free using the free loops provided in the MY LOOPS tab of the app! - User friendly Player UI design - Cloud Sync feature will synchronize your loops & playlists across all of your devices ***WHAT ARE PEOPLE SAYING?*** - Benny from LA: "Sir, you have done it again!" - Byron Holton from FL: "Oh how do U keep coming up with this stuff? I'm impressed!" - Keef Coston from PA: "This changes everything!" - Daryl from TX: "PRAISE JESUS! God is Good!" - Keith from TN: "Great idea bro, keep up the good work!" ***WHAT DO YOU GET?*** By subscribing to the Loops by C-Dub app, you'll gain unlimited access to all of the drum loops and video tutorials available within the app! As long as your subscription is active, you’ll have access to EVERYTHING! ***SUBSCRIPTION*** This subscription will renew automatically every month unless automatic renewal is turned off at least 24hrs before subscription period ends. Payment will be charged to your iTunes account at confirmation of purchase. Account will be charged for renewal within 24-hours prior to the end of the current period, and identify the cost of the renewal. Your subscription may be managed and auto renewal can be turned off by going to your account settings after purchase. No cancellation of the current subscription is allowed during active subscription period. Any unused portion of a free trial period, if offered, will be forfeited once your subscription has started. For our Privacy Policy and Terms of Use, please visit http://loopsbycdubmobile.com/terms-of-use. 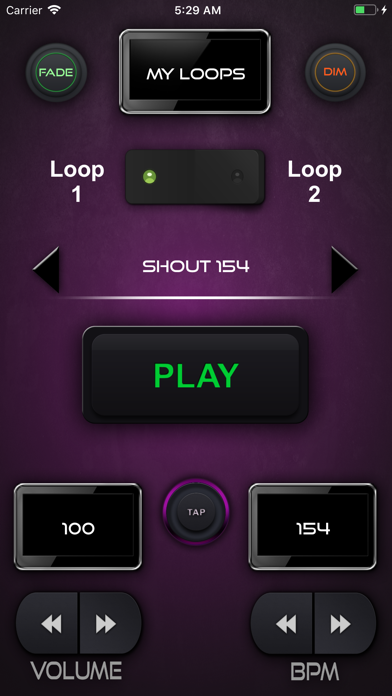 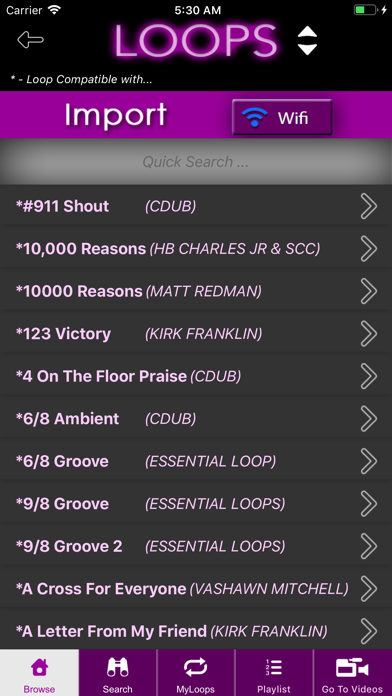 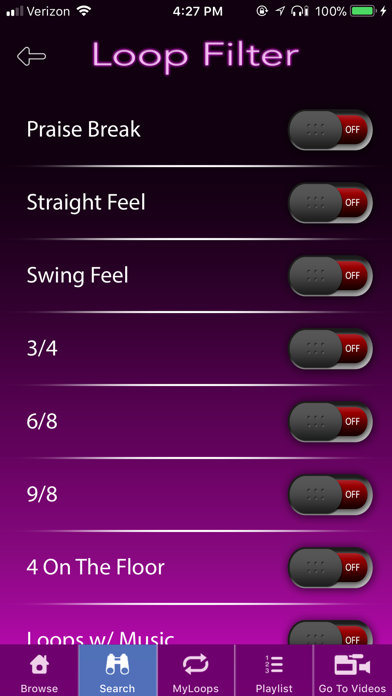 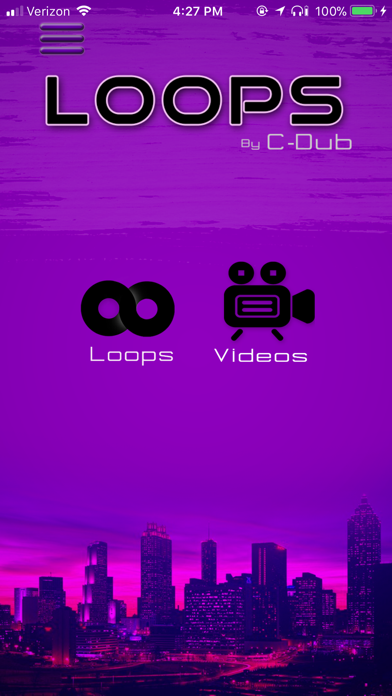 This app crashes all the time . I’m beginning to hate it and I’m going to cancel as soon as I find another program . It’s awful .
By waley135432

I’ve lost all of my loops after the new update.

Cdub was a lifesaver at practices and services until this new update. I updated the app and when I got onto the app every single last loop I had saved was gone. And I mean everything. It’s been a couple of months so I’m just hoping I get lucky and get them back. If Cdub could get my loops back I’ll be a happy person .
By collab🥁

Love this app… but landscape PLEASE!!

I use this app every Sunday. I’ve had a few glitches setting up playlists, but never an issue during a service. I love this app. I love the features. I use it on an iPad Pro at the piano pushing audio out of the USB-C port. The port is on the bottom so I have to set my iPad on its side (landscape). This app only works in portrait mode so I’m constantly turning my head to the side to control it. Otherwise great!
By Amtollsten

This new update has really messed me up. All the loops I have saved are gone. That is a real inconvenience because I needed them for service. Also didn’t realize it until it was time to play.
By user123488

Had this app for a year and had no complaints until now. When i try to browse for loops it says connection/download failure. Idk what’s going on. Tried it on different wifi sources and still doesn’t work. Please fix this asap as my band heavily relies on this.
By JoseJ124

This app doesn’t even work on three of my apple devices.

After installing the new update the app is more ineffective than ever. Certain loops will play than after awhile it’s frozen. Certain loops cause the app to freeze automatically. This has been an ongoing issue. I’ve paid more than 300over the course of having this app. I’ve had it for years hoping tht it would improve. I’m disappointed as a loyal subscriber of the inefficiency of this app. I feel like I am getting robbed for my money.
By KingLa729

Idk what’s going on but with great wifi signal strength or strong cellular data usage the loops are failing to download and play. Please update.
By Fire&Oil

The app is a little slow when loading tracks. and continue to crash
By jdennis94

I use this app at least twice a week for hours at a time and never had a problem with it, which really makes me sad to have to write such a comment. But since this new update, the app has been doing some major glitching. Is there something in the pipeline to fix this issue?
By maestrochef

More by The C-Dub Brand, LLC