Lift Log is the simplest and easiest to use app to track your workouts. From the Developer: I built Lift Log because I was displeased with all the other workout tracking apps on the App Store. Other apps made me input my routine before using the app, create workouts before recording data, and more annoying tasks that forced me to focus on the app more than on my workout. Lift Log is different. Log your sets easily and effortlessly, usually with only two taps. Reference graphs to track your progress over time. Add workouts on the fly, no need to configure anything just start lifting and start logging. Download the app and give it a try, I’m sure you’ll be happy your did. Lift Log is built for both beginners and experts, Lift Log provides everything you need to track your progress and get stronger. Its simple and intuitive design allows you to effortlessly record your workouts as quickly as possible, so you can focus on getting in those extra reps. Features: - Minimalist interface, simpler than any other fitness app on the App Store - Type in any routine and Lift Log remembers it and starts tracking it forever - Graphs show your progress over time Subscription Details: A $7.99 monthly or $59.99 annual subscription is required to access all that Lift Log has to offer. Payment will be charged to iTunes Account at confirmation of purchase. Subscription automatically renews unless auto-renew is turned off at least 24-hours before the end of the current period. Account will be charged for renewal within 24-hours prior to the end of the current period at the amount selected. Subscriptions may be managed by the user and auto-renewal may be turned off by going to the user's Account Settings after purchase. Any unused portion of a free trial period, if offered, will be forfeited when the user purchases a subscription to that publication, where applicable. 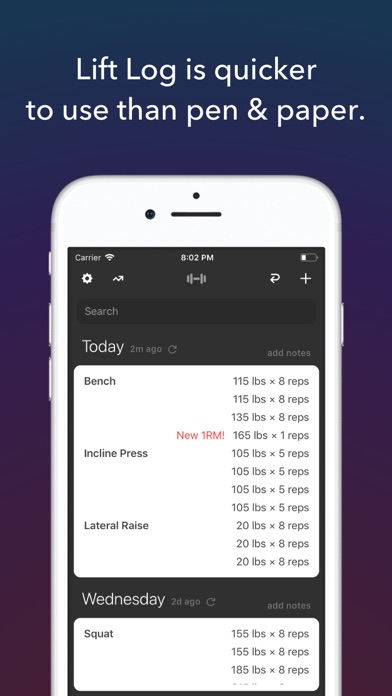 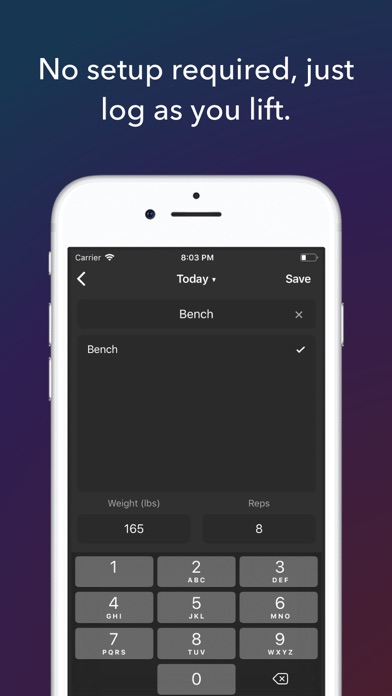 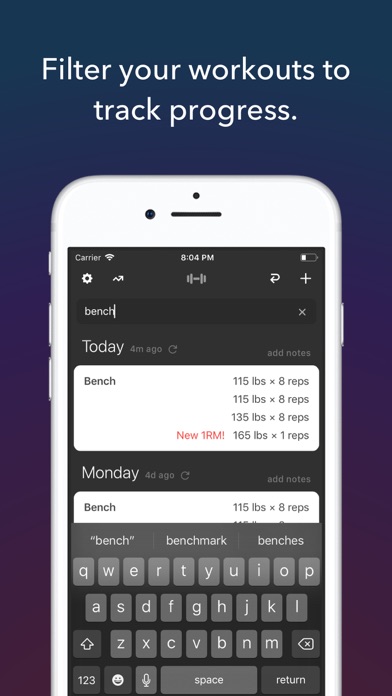 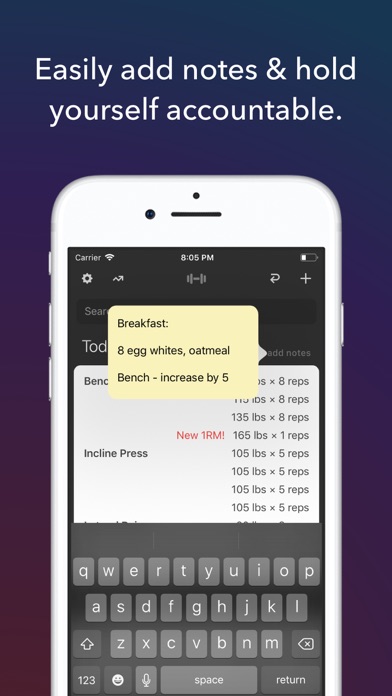 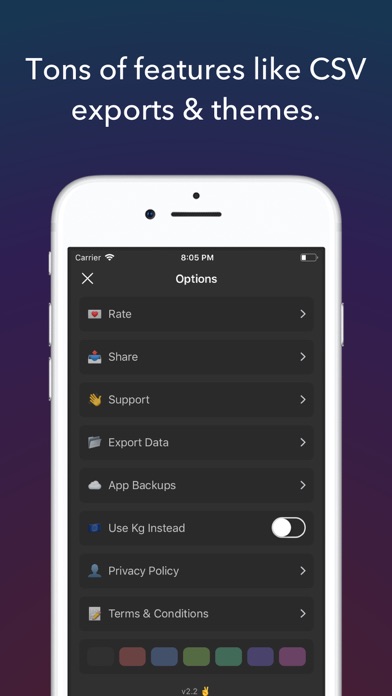 Was good until they demanded money after use

This app was great. Used it for two weeks. Fell in love with it. Then I got hit with “you need a membership to keep using” message. I can’t even see my old lifts that I’ve already logged. I’ll be deleting it.
By lifter72

After a few uses the app locks down unless you pay $4.99.
By js1975espnreview

This app is exactly what I needed but the one flaw I see is that I would love to be able to plan future workouts.
By MamaPowis

I thought this was the perfect app. Then when the developer graduated college, the developer needed to charge for the use of the app. I had no trouble with this. However I did loose access to my data on this app. Had no warning I would loose access to my data that I had logged while using the app. I emailed the developer many times about at least giving me my lift data I had entered while using this app and no one responded. I was truly disappointed because I really wanted to support small app developers.
By TrudiRuns

Only thing I would change is having the day log sort the lift entries by specific exercise. If I do a superset and input data after each set for each lift it alternates back and forth which makes it harder to go back and look at a few days down the road. Other than that, what’s there to complain about?
By lsh.nocowyo

Used this app back when it was free and it was perfect, specifically the statistics and progress graphs. When it went to subscription I signed up but somehow the developer took away key features that had made the app so great. However, for months he has said they are working on adding the features back. “Coming soon” never came and he doesn’t respond to support questions so I’ve canceled my subscription. I think the developer just relies on people paying for a short time based on promises with the expectations they’ll cancel but he’ll have made a few bucks in the process.
By Alexander9872

Would leave a zero star review if I could. This program is barely even useful enough to keep on my phone much less pay for after a gotcha trial period of 3 workouts after which a permanent nag screen locks all previous workouts behind it. Want to move to a different program or look at your prior lifts? Too bad, pay me $4.99 per month or $60 a year for the privilege. Dev is garbage for pulling a bait and switch.
By neo8527

super easy to use!!!! love it!
By MiltonGotLucKY

Do not download if you are looking for a free fitness log app. It does not display that it requires in-app purchases so you’d assume that it is free. I have been using it for about 4-5 days with no issue. However, after using the app and filling up a page you receive a message that will not go away to subscribe to the service in order to support the developer. If it would have been displayed from the beginning I would not have wasted my time and would still have my metrics but now it’s lost because I deleted the app. The app is easy to use but for the price of the service you may as we just buy a journal or use notes on your phone. The price of the service is not the issue, it is just the principle that it should have been displayed from the beginning there would be a fee
By Hugh Janus27

Developer decided to start charging for the app and basically locked me out right in the middle of a workout. Had to pay to get my workout records back. Had to submit a refund. Going back to Excel.
By Elkenfugel