Following the epic storylines of Jurassic Park, The Lost World: Jurassic Park and Jurassic Park III, as well as the global smash hit Jurassic World, LEGO Jurassic World™ is the first videogame where you can relive and experience all four colossal films. Reimagined in LEGO form and told in TT Games’ signature classic LEGO humor, this thrilling adventure recreates unforgettable scenes and action sequences from the films, allowing fans worldwide to play through key moments and giving them the opportunity to fully explore the expansive grounds of Isla Nublar and Isla Sorna. FEATURES -Relive key moments from all four Jurassic films: An adventure 65 million years in the making - now in classic LEGO brick fun! -Wreak havoc as LEGO dinosaurs: Choose from 16 dinosaurs, including the friendly Triceratops, deadly Raptor, vicious Compy and even the mighty T. rex. -Customize your own dinosaur collection: Collect LEGO amber and experiment with DNA to create completely original dinosaurs, like the Dilophosaurus rex. -Populate and explore Isla Nublar and Isla Sorna: Put your unique dinosaur creations in to paddocks as you complete special Free Play missions. 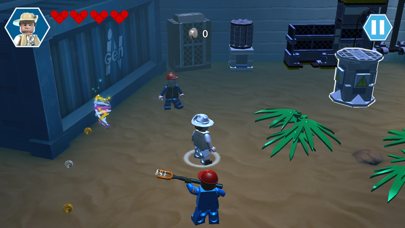 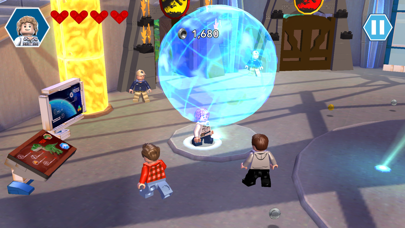 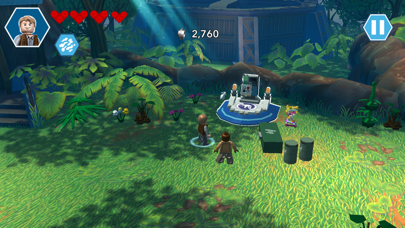 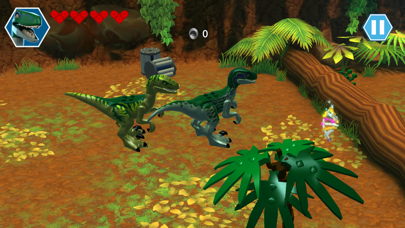 I really miss the old one

I love this game but can you make the Xbox version come back but for Xbox one because the Xbox one has so much more I really want you to just do this so if you see this please respond I am begging you
By graylan20!!!

Ideas for a Fallen Kingdom DLC or separate game

I’ve been playing this game since it came out and I always loved it, but in 2018, a problem occurred. Now, I still love the game despite some of it’s problems, but I still think it could be better. I noticed that after the old Star Wars Lego game that only included 6 movies, they made a separate game for The Force Awakens. I think this is an option of the Jurassic Lego game. I also thought of some ideas on what a Fallen Kingdom DLC would be like. First 3 levels would unlock the Baryonyx, which would have the roar ability and that grip thing that Spinosaurus does. Next amber should be Stygimoloch, which should have the charge ability. Finally, the Indoraptor, which should do the roar and raptor jump thing. Next, the levels. It should all start with a video of Claire being told about the mission, then talking to Owen, then the plane ride. Level 1. Jurassic World Ruins, where you travel through Main Street, abandoned for many years. 2. Volcano Chase, which should be a chase scene where you play as the gyrosphere in the stampede as Owen runs behind. 3. Nublar Docks, where you run down the beach to the boat, and the level finishes when you get in the car. 4. Lockwood Basement, in which you travel through the cell block and control the Stygimoloch to break you free. 5. Mansion Interior, where you travel through the walls and watch the auction. 6. Auction Center, where you run through the basement area and beat up the people at the auction on the way. 7. Indoraptor Rampage, where you run and hide as the Indoraptor chases you through the mansion. 8. Blue vs. Indoraptor, where you run through the bedroom as Blue battles the Indoraptor, and control Blue at the end of the level. 9. Rooftop Showdown, where you run across the top of the mansion and then play as Blue again right before she and the Indoraptor crash through the sunroof and the movie ends. Please consider this!
By Uno explosion

I would consider myself a casual mobile gamer and usually write off mobile games but being that this is based off a full game I was very excited to purchase it and play on the go however I usually play using the big screen on my iPad but with no controller support this is difficult.
By Bulletman360

Look, huge Lego fan but I would love to be able to play this with a controller, other Lego games allow it so make it happen please!
By bsgsifjsdjis

I’ve done everything in the game I’ve got all the true survivor fossil pieces red bricks and bought them and have them equipped o have all the mini kits and I’ve bought all of them I have all the amber and dinosaurs and have all the characters and achievements except one the 100% one i have 99.7% and I don’t know what to do to make it 100% so please tell me what to do developers Edit: I realized I just need to buy dieter stark lol then 5 stars
By burgwrdhdh

I have all the dinosaurs, red bricks, fossil pieces, holograms, and characters. I really like the Hammond Creation Lab. The levels are fun, too. My favorite level is the Bird Cage. Thank you for making this AWESOME game!
By fong44

My kiddo loves to play this game, but it is quite frustrating at times when he cannot pass a level because the game will not let him switch the character, or it glitches and no matter how many times the app is closed, or reinstalled, it still occurs. Overall, we love the gameplay, but the bugs and glitches make it annoying.
By Shaethedinoqueen