Match 3 down THE YELLOW BRICK ROAD™ in a magical puzzle adventure game featuring classic characters like DOROTHY™, the SCARECROW™, the TIN MAN™ and the COWARDLY LION™! Magic awaits in the EMERALD CITY™! Join the fun by solving puzzles and unlocking magical movie Moments! Learn fun facts and trivia, and see never-before-seen stills from The Wizard of Oz! Discover the rarest Moments to learn more about your favorite movie! Match your way to meet the wonderful Wizard of Oz in this amazing puzzle adventure! The Wizard of Oz: Magic Match Features: MATCH 3 IN THE LAND OF OZ! - Match 3 with new and unique gameplay based on the beloved Wizard of Oz movie and characters! - Matching brings you farther down the Yellow Brick Road with hundreds of exciting levels to overcome on your way! - Match even faster with bonuses and power-ups from GLINDA THE GOOD WITCH™! Use Dorothy’s RUBY SLIPPERS™, Munchkin Lollipops and the Tin Man’s Axe to solve puzzles! - Get help from your favorite movie characters by dropping their Medallions to the bottom of the board. They will appear and provide assistance on your current level! IMMERSE YOURSELF IN OZ STORYBOOK! -Play an infinite level to collect story points! -Use your story points to complete pages in your storybook, and go on adventures with your favorite characters! -Finish storybook pages to earn magical rewards! STRING TOGETHER WINS TO EARN IN THE MUNCHKIN PRIZE PARADE! -Beat matching levels without losing to start your streak. -Earn enough victories in a row to unlock magical prizes! EARN EXTRA REWARDS WITH MAGIC KEYS! -Prove you’re an expert matcher by beating levels on the first try, and earning extra rewards! -Unlock mystery boxes to reveal characters and win a Big Prize! TRADE FOR REWARD IN THE GEM BAZAAR! -Beat matching puzzles on your first, second, or third tries to earn gems! -Take your gems to the bazaar and trade for fun rewards! UPGRADE YOUR ITEMS WITH THE BAZAAR! -Trade in extra items earned during match play for Emerald Points! -Use your Emerald Points to advance up the Emerald City Challenge leaderboard! BATTLE AGAINST THE WICKED WITCH! - Match 3 or more gems against the WICKED WITCH OF THE WEST™ as you battle to reach The Wizard of Oz. - The fantasy comes to life as you take on the Wicked Witch in turn-based matching combat. ADVENTURE IN A MAGICAL WORLD! - Visit Munchkinland, the Haunted Forest, and more enchanting locations on your way from Kansas to the Emerald City! - Discover brand new levels and your favorite beloved characters in each new region you unlock. - Adventure with friends from Facebook, sharing gifts as you go. Download The Wizard of Oz: Magic Match and relive the magic of The Land of Oz today! Already enjoying The Wizard of Oz: Magic Match? Like us on Facebook to stay up-to-date on the latest content, newest levels, exciting contests, and more. https://www.facebook.com/TheWizardOfOzMagicMatch/ ADDITIONAL DISCLOSURES • For specific information about how Zynga collects and uses personal or other data, please read our privacy policy at http://www.zynga.com/privacy/policy.• This game does permit a user to connect to social networks, such as Facebook, and as such players may come into contact with other people when playing this game. Social Networking Service terms may also apply.• The game is free to play, however in-app purchases are available for additional content and premium currency.• You will be given the opportunity to participate in special offers, events, and programs from Zynga Inc and its partners. Use of this application is governed by the Zynga Terms of Service, found at http://m.zynga.com/legal/terms-of-service. Collection and use of personal data are subject to Zynga’s Privacy Policy, found at http://www.zynga.com/privacy/policy. THE WIZARD OF OZ and all related characters and elements are trademarks of Warner Bros. and Turner Entertainment Co. (s16) 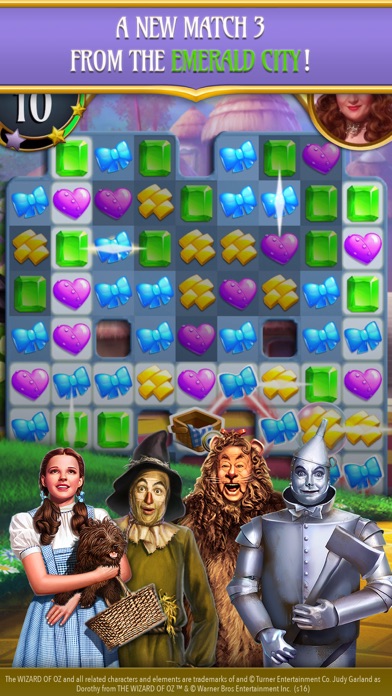 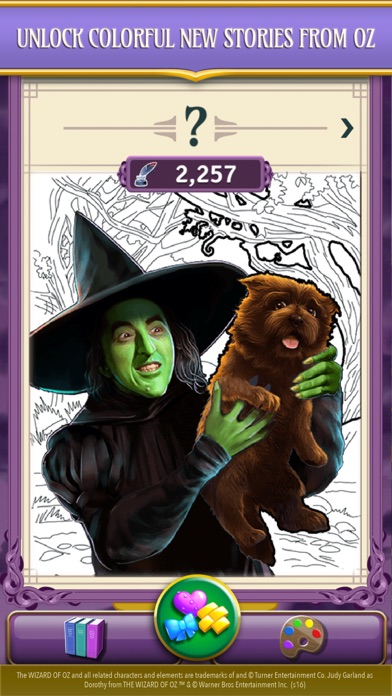 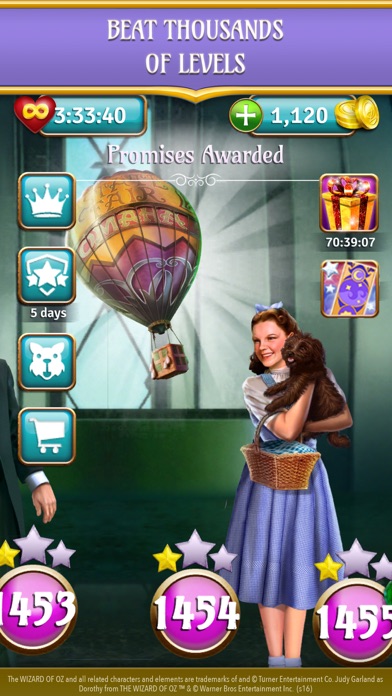 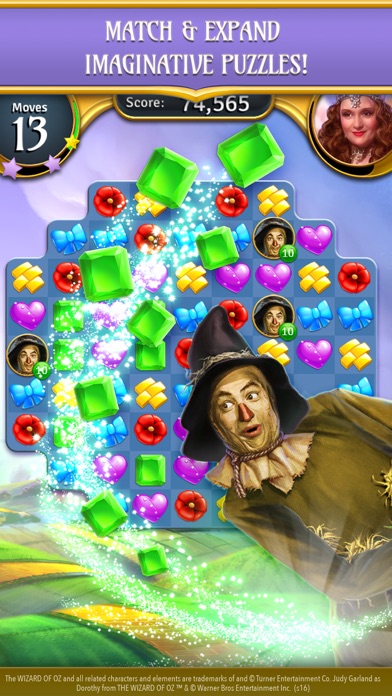 I gave it a three stars , in the pass of playing I would had gave it a 5 star . I’m very disappointed with this game cause when I got to a certain level it just stop and wouldn’t let me go any further. So I deleted the game and try to reinstall it ,still didn’t work
By Gina0765

Since the update 3 days ago I haven’t been able to open the app. It gets to 100% launching and that’s where it stays, very disappointed. I did enjoy the game but if it doesn’t open, I can’t play, nit going to start over from step one.
By KamMae08

I loved this game because of the classic score from the 1939 film, but it suddenly disappeared. I have checked all the settings and I haven’t muted anything. I still get sound on some of the ads that play for extra turns, but no longer on the game itself; which l miss, especially on the earned reels. Please, return the sound to my game!
By diveela

I’ve played this game for YEARS! Once you buy your Oz moments... they don’t provide more to buy! I have thousands of tickets... they continue to award them... but there is NO PLACE TO SPEND THEM! If you are going to let me EARN TICKETS... give me SOMETHING THAT I CAN USE THEM FOR! I have contacted them MULTIPLE TIMES... and I have NEVER GOTTEN A RESPONSE!
By LatteLisa1

What was “once” a great game now ruined with rewards “mysteriously” disappearing, ADS, all reward times shrunk down to nothing and NO customer support. Nothing new anymore, same boards over and over. Did Zynga sell out because this isn’t the game I used to love playing. This game is crap.
By Seal57

Game does not open after latest update! Please fix!
By To hard to level

BIGGEST RIP OFF OF ALL RIP OFFS!

I have played this game for years and then just POOF! All my gold and my money GONE! TRY to find your ID info and you will be on the hunt of a lifetime to file a complaint! THIS company did the same thing with my FarmLife 2 also! I had spent years and money building a wanderlust title farm and due to THEIR glitch I lost all the time and money!! THEN I got hacked because of their lack of security and lost more!! Well as enjoyable as its been I am now leaving ZYNGA for good after 10 years of part time fun and a lot more headaches. Sure wish I could get all that money and time back!!!
By Diane C Fox