The Pattern is the most accurate and in-depth personality app, helping you to better understand yourself and others, enabling connections to be made on a much deeper level. As featured in TechCrunch, The New Yorker, Refinery29, Vogue, Vice, Men's Health and more. The Pattern was created to be a trusted resource for navigating life; offering insights around challenging times, and helping to identify opportunities that might otherwise be missed. FEATURES -Your Patterns: Unique and in-depth insights into your various personality traits. -Your Timing: An informative breakdown of emotional cycles you may be experiencing at any point in time - past, present and future. -Bonds: Explore your unique compatibility with friends and romantic interests. Gain valuable insights about your most important relationships - or those of your favorite public figures. -World Timing: Highlight various cycles that may be affecting all of us collectively. Some people will feel these cycles more personally than others. -Custom Profiles: Create a profile for anyone to learn about your similarities, and the various cycles they may be experiencing at any point in time. -Friendship Patterns: Take a deep dive into your friends' patterns, and gain a better understanding of the ways in which you can support one another. -Romantic Patterns: Gain valuable insights on romantic dynamics, explore your strongest connections, and identify potential challenges. -Shared Experiences: Connect with the community by sharing and learning about the ways in which individual traits affect each of us. -Chat: Directly message your friends on The Pattern. Follow @ThePattern on Instagram and Twitter. Share your favorite insights from The Pattern using #ThePattern The Pattern offers in-app purchases that enhance the user experience. An auto-renewing "Go Deeper" subscription may be purchased to unlock additional content, for $14.99 / 3 months. This subscription is entirely optional and may be canceled at any time. Details are available in the Terms of Service, available here: https://www.thepattern.com/terms.html 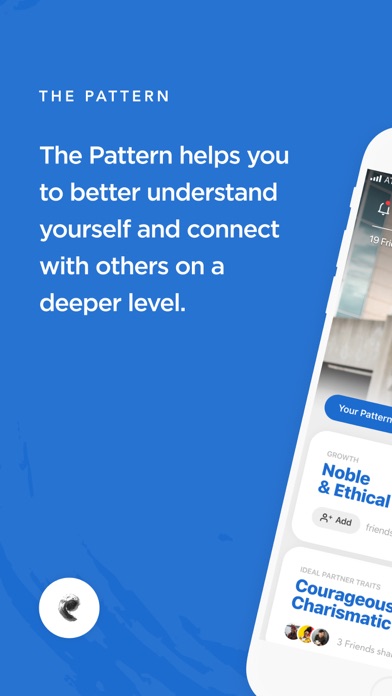 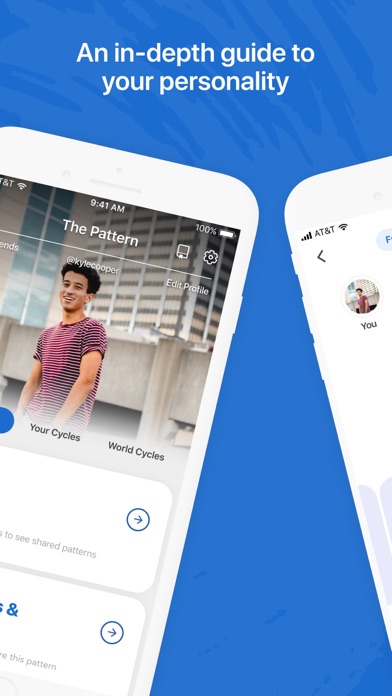 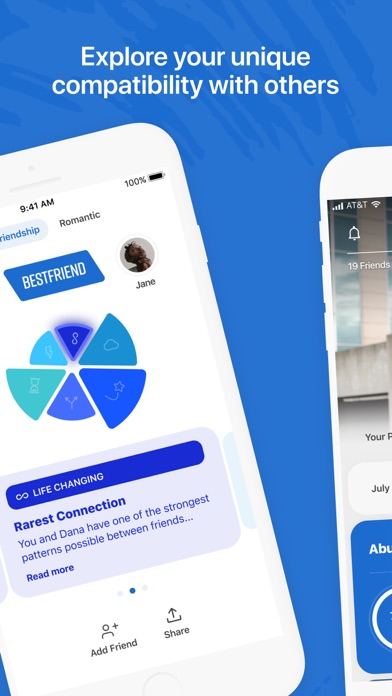 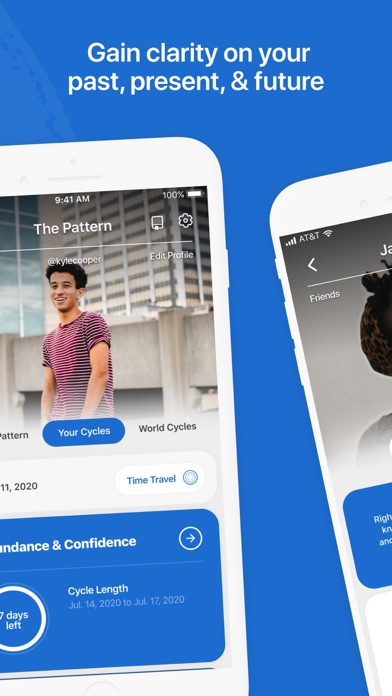 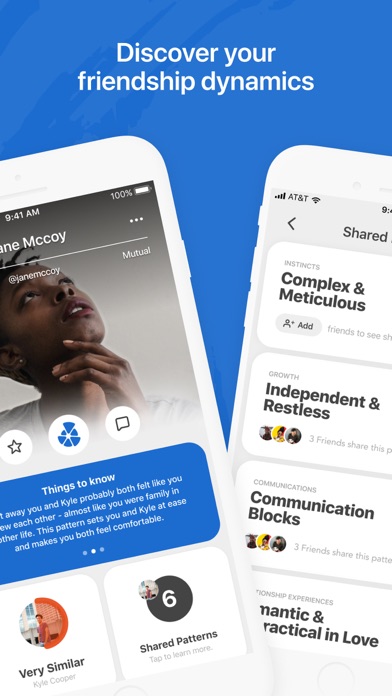 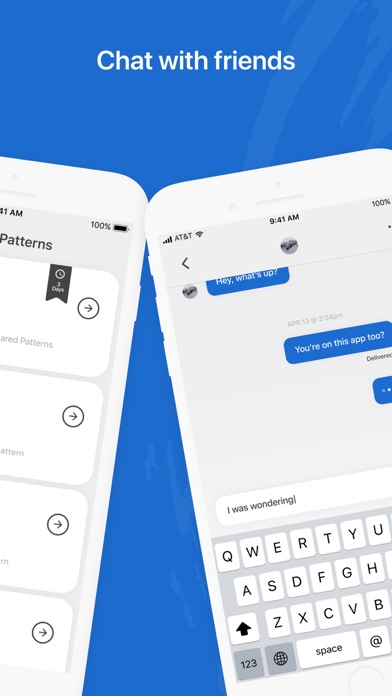 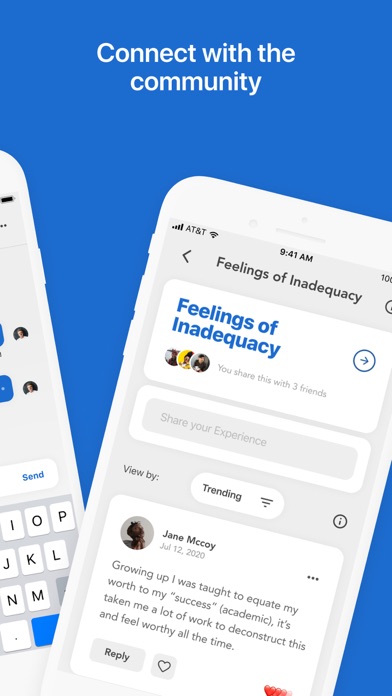 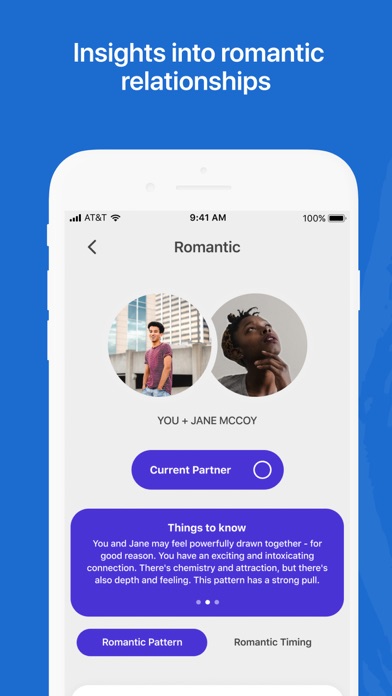 Hi, I love this app and I use it extensively, but I was wondering if there were a widget extension I could add to my home screen?
By luv n goodness

Spot on, in-depth, and insightful interpretations that are centered around healing (both personal and interpersonal) and self-actualization.
By chzwzrd

What is the logic behind this information??

There is no logic or reasoning behind what it says. Who has time for false info “It breaks down cycles of what a person MIGHT be going through “ It’s anyone’s guess basically Seriously??
By One4skiing

I like the interface and everything but this is kind of like, boring. ——Obviously an astrology app shouldn’t be your only resource, and coming from an addict, you should probably only analyze your birth chart to learn more about astrology and not yourself—— but Tell us which placement/transit is behind a pattern, because most people using this app are probably already learning about astrology. tho guessing is lowkey fun so maybe include an option to view them or something. I like that people can discuss patterns and message each other, personally don’t really care for the questions but that could just be me.... But like, I’m sure there’s a lot more the app could cover, astrology wise. I like that it’s written in a way that would feel personal to you, weird but nice touch. I agree that it feels kind of like it’s missing something, it’d be cool if you added more things. Like maybe an option to compare with someone random or an option to be randomly matched to someone with similar placements, but not tinder more slowly. The ability to see how many other people on the app share a pattern, idk....I think I just want it to feel more social?
By definitelyseenbetter

When I first downloaded The Pattern, I could get so much info at no cost. Redone loaded today - they want me to upgrade for quite a bit! Sad.. I loved this app. Now... I’ll be deleting again :(
By Ashleek777

The way they handled the switchover to charging people was tacky and unethical because no new content and it was abrupt and sneaky. Wish i never updated the app so i could have the old content. I just updated the app again and now it won’t let me add a birthday unless its jan-march. Is this a bug/glitch? Or did you yet again take away something and are making people pay for a feature that used to be free? I used to love this app but its gone way down hill. Very disappointed. They could’ve had something really good here I don't believe they will recover from this.
By Rl1234

It would be nice to see how my profile looks to my friends and to be able to see all of the posts and comments I’ve ever made in conversations. I also would like to be able to privately message people rather than having to join a conversation, especially the people with whom I’ve become friends. The information is interesting and sometimes accurate. But, I would like to know what information about me is being used to come to some of these patterns. I don’t get too wrapped up in the details. I enjoy having supportive conversations with the other users. It’s entertaining to read some of our various patterns. But, I urge people to think for themselves. Don’t live your life based on this app.
By Fernalandia

Great, Nothing but Realizations

Ever since I started using The Pattern its been on point and clearing up a lot of pressure and stress I put on myself. Highly recommended and useful !
By @BookooFit

The pattern app is the first app that has been crazy accurate. It told me my relationship pattern (very toxic btw) and it led to me doing some shadow work. I resonated a lot with what they said.
By Lauren bautista