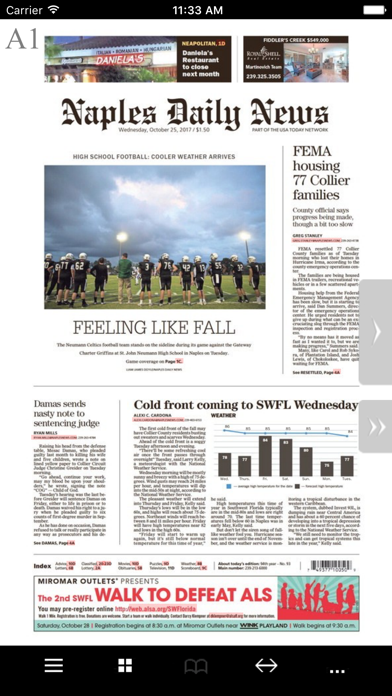 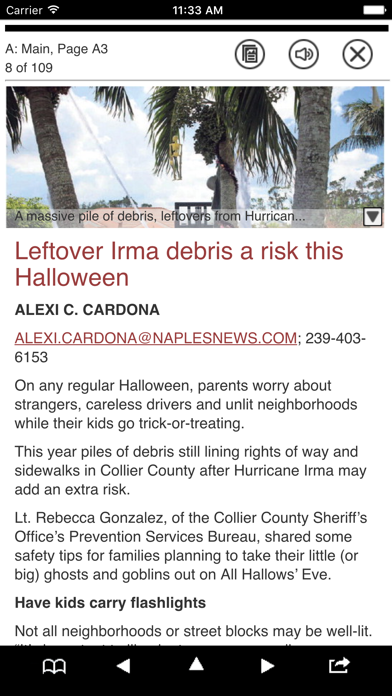 Been reading on line for three years then the app just stopped working. Canceling.
By Chestersdad

I am so frustrated at this terrible app. Hangs up or won’t load, and sometimes it doesn’t even open at all. Sometimes it opens to a blank screen and won’t load the paper. Sometimes while in the middle of reading the app closes and wants me to re-enter my password. Worst.News.App.Ever.
By lorriebird

App was fine until update. Now doesn’t work at all. Disappointing that such a flaw would be released and leave readers without access to the paper.
By unhappyforsure

Why hasn’t this been fixed? It doesn’t work. Cannot get the paper online which we pay for. We went to a bundled subscription. Paper 2 days and online daily. I’m basically paying to get the paper for 2 days. Another very unhappy customer
By KCNaples

The NDN can announce a subscription price increase for the printed paper, but it cannot fix/ update the APP that is suppose to be a “benefit” to paper subscribers! Ganett deserves to go out of business.
By garylandersen73

My current APP will not open the NDN anymore and I have not been successful attempting the upgrade. I was promised it would be fixed in 24 hours but, did not happen. Unfortunately I have to unsubscribe until you find some IT people who know what they are doing. SAD !!! They won’t even accept my nickname attempts.
By dudleydogood

Caught in a loop

This app is ridiculous. It is a loop and never opens the paper that I’m a subscriber to!
By Wells Beach

App won’t open as before.

We have been unable to access the paper through the new app. What do we do to correct this issue? Also we have not been receiving the daily issue in our email.
By dr. cuff

Why can’t I open the paper with this app?

I am traveling for Thanksgiving and now find I can’t get the print edition on line this morning? Hello? Is anyone working today? Can you get this fixed? Hello?
By 6467688284870611cubs0