Join the world’s most popular Gin Rummy Game and play live with millions of real players. Playing Gin Rummy with friends, family, and millions of players worldwide has never been easier! Join one of the largest online gaming communities and enjoy an all-new multiplayer experience, competitive leaderboards. SPECIAL FEATURES ● EXCLUSIVE EVENTS – New game modes, free chip events. ● ENJOY UNIQUE MULTIPLAYER MODE - Compete with hundreds of thousands elite Gin Rummy players all around the world and prove you’re the champion of the leaderboard. ● PROGRESSIVE JACKPOTS - Double Your Gin Rummy Fun with the biggest win of your life! ● PLAY WITH BUDDIES - Invite your friends and have much more fun anytime, anywhere. ● SOCIAL EXPERIENCE - Play with your friends or make new ones, Gin Rummy Plus has the strongest community of any Gin Rummy game. ● LEADERBOARDS - See how you stack up against other players or your friends. ● FREE BONUSES - Countless opportunities to earn free coins, easier than ever! Experience a variety of high-quality Gin Rummy Lounges for ultimate fun like never before! Players Love Gin Rummy Plus: * * * * * “The Most Authentic Gin Rummy Game on the App Store.”* * * * * * * * * * “I’ve tried all the major Gin Rummy apps, this game sets a whole new standard” * * * * * * * * * * “Great game, great service, great experience! 5-stars all around!” * * * * * * * * * * “I love the treatment – I feel like a VIP!”* * * * * * * * * * “Beautifully realistic graphics, sounds and super fun to play with friends.”* * * * * Additional information: Use of this application is governed by Zynga’s Terms of Service, found at www.zynga.com/legal/terms-of-service. The game is free to play; however, in-app purchases are available for additional content and in-game currency. In-app purchases range from $0.99 to $99.99 USD. 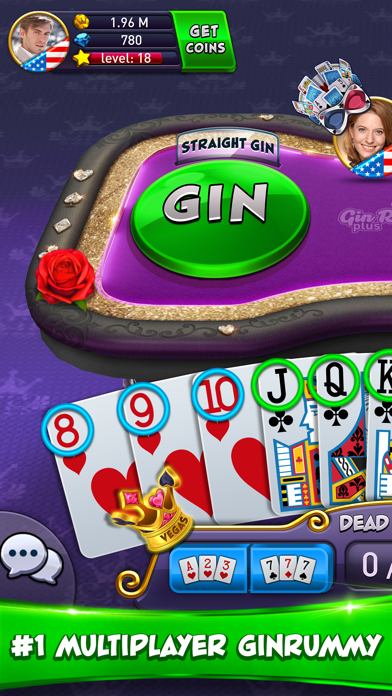 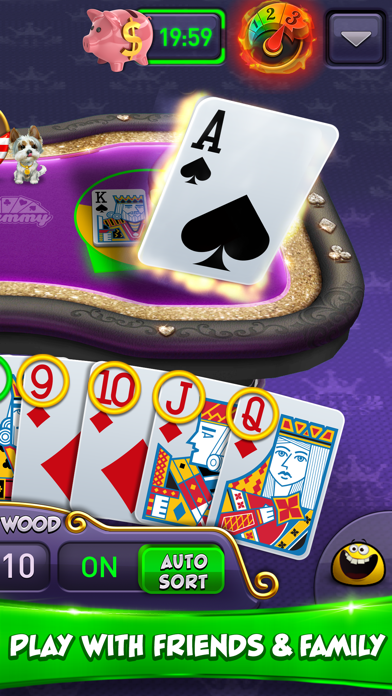 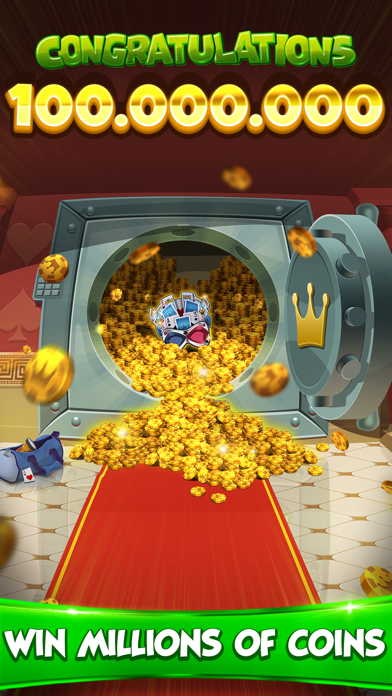 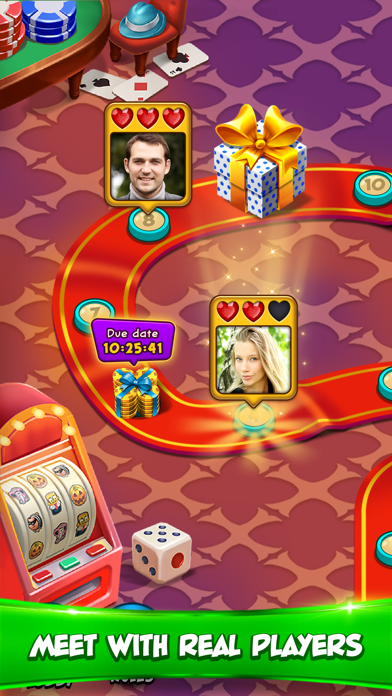 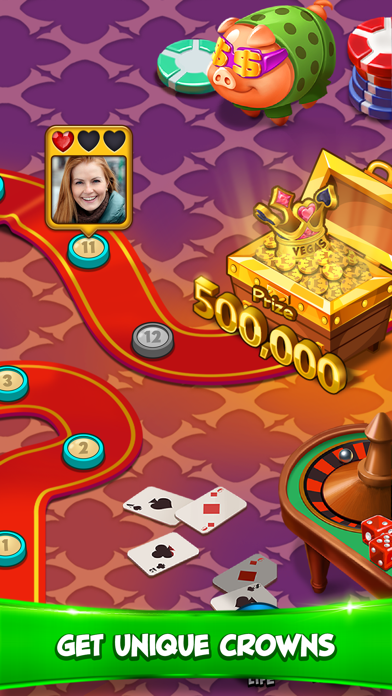 Is anyone else having problems with the gam? I have uninstalled and installed twice but still not working. When I click on the icon the game comes up and just goes away. Love this game please fix it. Never mind found a new one to play.
By bmesser856

I love the game it’s very addictive and would love to give it 5 stars but you have to purchase the ability to chat while playing really I thought that was in the bill of rights 1st amendment the freedom of speech. Also you should be able to use coins to make private tables. Add wild card play for those who want to spend money instead of charging for things other games allow for free. Then when I get double charged on my Apple account the developer removes all features, coins and gems I had paid for and tells me if I request a refund again I will be deleted. Excuse me I paid for them and got charged twice. They will not add my items I paid for back to my account so I reported them along with the emails and deleted the app. I loved playing and spent plenty of money on the app but for them to remove everything and tell me they will remove my account due to me asking for a refund on double charged items is bs. I have contacted you through the app I was told I would be deleted from the game and blocked. This app will steal your money and then block you
By Shawnney

Love the game but there is a problem

For some time I have played almost nightly. After the last update, when I start the app it immediately closes. I have tried it multiple times along with deleting the app. Nothing else has changed on my iPad. Please fix the big.
By BBolnz

I am so addicted to this game.
By sawyers Mimi

I have been a fan of this game but yesterday out of the blue the app would crash as soon as I touch its icon. Both my phone and its iOS are compatible. Should I uninstall and then reinstall it? And if I do that would the amount of coins I had remain intact? Please advise.
By Aaa bbb cc hhh

Used to be a fun game.

I played this a lot a few years ago but now there is just too many useless distractions happening. Even when you get a 10x winning streak going, all of the safes are ‘wasted’. The side game of Lucky Tycoon is just stupid. The VIP room never has a table to sit at. You enter the room, select a table yo sit at but it’s already taken.
By Hsjeudcehcjf345

I love this game! It’s fun and when I’m board it occupies my time I also love the fact that it’s challenging.
By Zbaby95$

I play this game every day. It’s addicting. BUT, there are some annoying things you can’t avoid. Like the safes that “I win”, but can’t open for lack of space. Tedious. More frustrating is your algorithm for my next game. I can sit through a dozen options before I find one that I want to play. And, if I set up a table, I have to sit through a dozen people entering and exiting the table before someone de ides to play. Often, I just give up and exit the game. It would be nice if I could set bounds for what I want to play.
By hatingitunesapps

Love this app but it really has issues lately. Timer issues , cards not able to be reached or moved ... very frustrating. Can’t imagine such a popular app to be left like this ... hopefully it gets fixed ... sad
By Txwater

This game is rigged to take your money I highly suggest not wasting your time on this game and if you do don’t spend any money with them.
By ndfbbcdjj