From losing weight to building strength, from high-intensity workouts to moving meditations: each piece of Asana Rebel is meant to fit every goal into your lifestyle. One app to help you reach all your health and fitness goals Asana Rebel will empower you to get in shape, feel better, and stay inspired day after day. Exercise anytime, anywhere Be your own gym: work out on your lunch breaks, in hotel rooms, late at night. Explore a world of yoga-inspired programs you can squeeze into the busiest schedules. Fitness in every format Make every second count with 5-minute workouts, stay up to date by reading articles, track your progress with daily challenges, get up to date with fun quizzes. Everything to keep you showing up. Keep your body sharp and your mind sharper Mindfulness is the ultimate skill to level up your training and boost your productivity. Bring clarity into your workouts with guided sessions and get in the zone with Music for Focus. Find a routine that works for you and build lifelong habits Train smarter, eat better, recover faster. Begin your journey with a single challenge and build from there. Get moving and stay inspired! Download Asana Rebel now. Apple Health integration: Report your calories burned, weight, and yoga workouts (optional) HOW TO USE THE APP & SUBSCRIPTIONS The download of Asana Rebel is free. Get all available workouts within the app as part of the monthly subscription. If you opt for the subscription, you pay the fixed price for your country which is displayed in the app. The subscription will be renewed automatically if it is not canceled within at least 24 hours before the end of the current subscription period. Your iTunes account will be charged for each new term within 24 hours prior to the expiration of the current subscription. The current term of In-App subscriptions cannot be canceled. You can disable the automatic renewal via the iTunes account settings at any time. FOR MORE INFORMATION: Terms of Use: https://asanarebel.com/terms-of-use Privacy Policy: https://asanarebel.com/privacy-policy 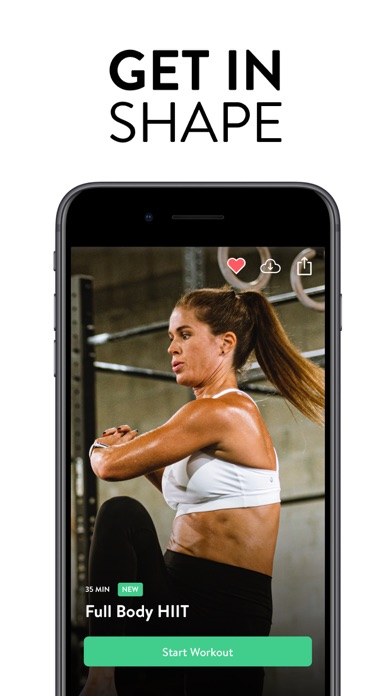 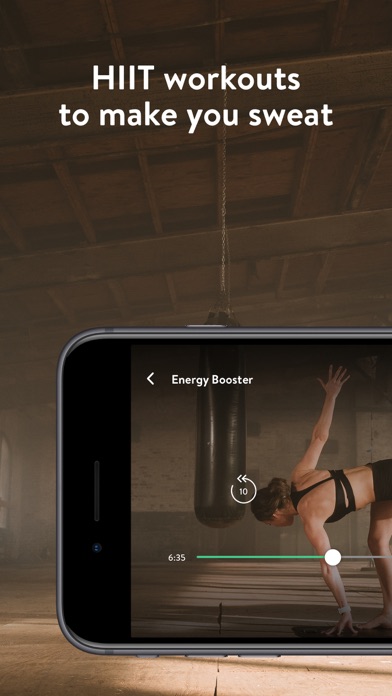 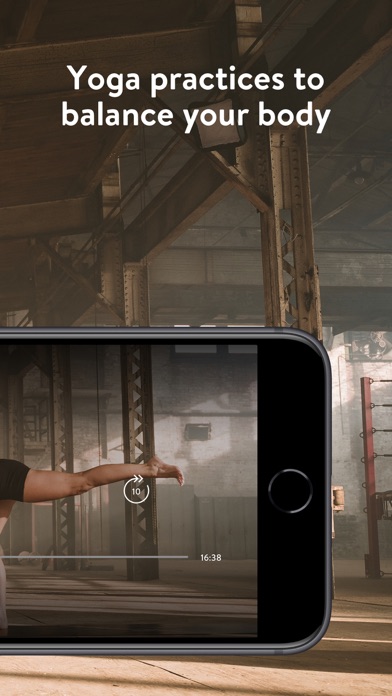 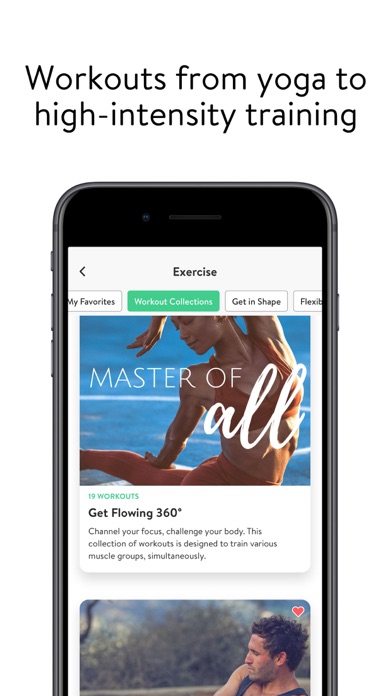 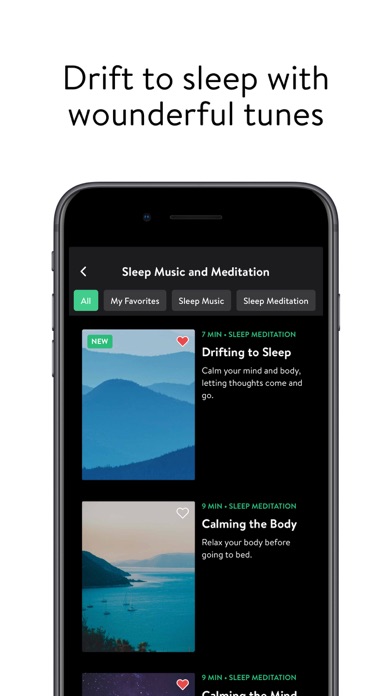 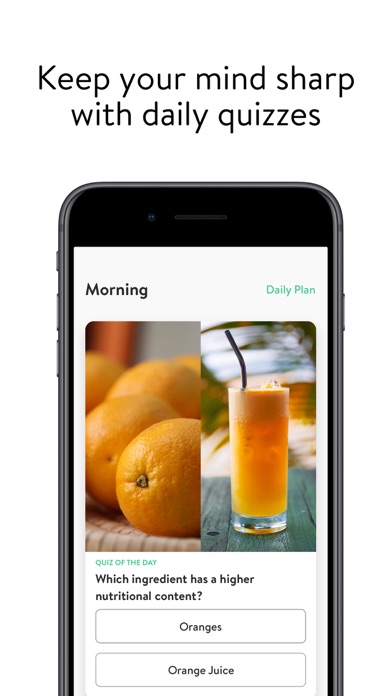 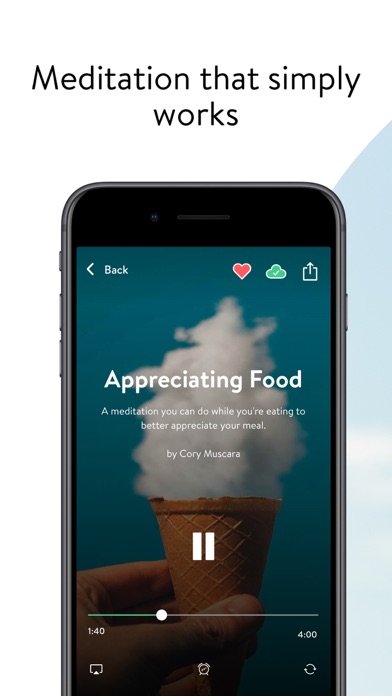 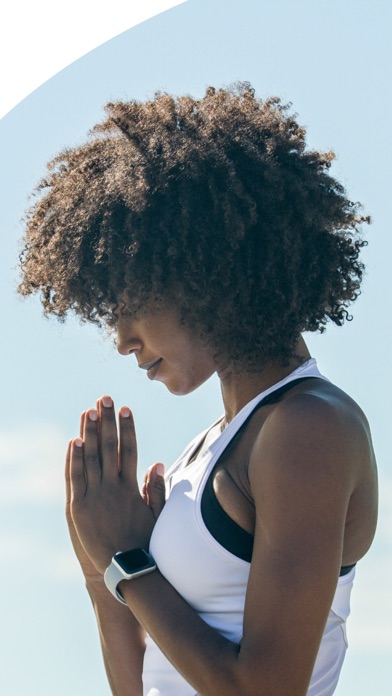 Best money ever spent.
By Fit@40

Amazing app, could use some improvement

Let me start by saying, this app has changed my life. I’ve been using it for 3 years, but only recently (during quarantine) I upped the anti to a daily routine. So after 4 months of using it almost every day, I’m in the best shape of my life (which, to be fair, isn’t saying much). I’m seeing huge improvements including abs (!!!), dramatically increased flexibility, stamina, and my two bad knees are....less bad. I’m connected to my body in a way I never have been. It’s the only exercise that’s captured my heart & attention span outside of hiking, which is hard to do in NYC, so I’m incredibly grateful to this app!! That said, I have a few qualms with the design that I think they could work to improve, which is why I’m leaving this review. As many others have stated, I really wish they would bring back the coach function or at least create more workout collections and actually curate these so each one is targeting different regions. For example - the first 3 workouts in Core Power right now are almost identical, which makes it annoying and tiresome to binge collections. The same thing happens when it offers another workout option after a workout (before the cool down) - I would say 80% of the time I’m being offered workouts that are EXTREMELY similar to the one I just did. Which means I often have to exit, return to the main menu, and browse & select a new one. Not the end of the world but it does slow me down and loses a bit of my zen that I just worked to get. Also, on the topic of the “binge another workout” option - please bring back the old format allowing you to skip to the cool down! If they can’t bring back the coach function then it could be cool to at least be able to add my workouts to different folders, so I can curate a routine on my own. The Favorite Workouts section is nice but I can’t remember what they target and so if I pull from that I’m often doing similar or exactly the same moves, again. Another user suggested enabling some kind of tracking feature to indicate whether its Abs, Legs, Arms, etc focused and I like that. My biggest qualm honestly is having to just try to remember which workouts are what and winding up spending an hour and a half doing mostly flexibility when I wanted a full range of engagement. There are also some lazy cuts that I think could be improved - I liked the recent addition to skip the warm up but I’ve found that on many of the new ones, the app is skipping a lot of what seems like the actual workout? Kind of feels like they just slapped a standard time on each warm up and didn’t take into account that certain work outs start sooner than others. This is only an issue for me because SOME of the trainers (my favorites) are very skilled at creating sequences that build throughout the workout and it’s a bummer to realize I missed the first sequence because it was marked in the warm up. Overall, amazing app. I still recommend it to my friends and will continue using it, I just think there are a few things that could make it so much more efficient and intuitive for the user.
By jambolittle

I have been using the app for over a year, on one hand, it’s been wonderful, it got me into yoga on my own terms. I love the trainers (different level of difficulty, nice and pleasant voice over). However, the app is super inconsistent. For example, it hardly ever logs when I have used sessions from “tight and toned 2” (used them half the time!). For an app that is supposed to be tracking my activity, it is not doing it very well (no green dot). So, great exercise, very inconsistent tracking of it
By Doses pintes

Would definitely recommend but...

I absolutely love this app and I actually downloaded it a few years ago and I love their older version more!! I felt like it was easier and considering I’m a beginner that’s why I liked it. I came back to try it again and realized they have really updated it. Which is great but definitely more challenging when you don’t know the moves.
By Chel.g

Update Locked Me Out?!

I’ve subscribed to premium for 2 years and only intermittently use the app; the latest update has locked me out of using the premium features of the app, and the “restore purchase” function does not work. Trash!
By iris appelquist

Outstanding except one annoying thing.

I love this app, mostly for the exercise. The daily plan feature is fine but i just hate that the first thing that comes up when I open the app is stupid quiz. The last thing I want to do to manage my physical and emotional health is take a quiz and it turns out that the ONLY item in the daily plan that is impossible to remove. Why can I customize the plan, except for this one thing, which happens to be the most annoying? Other than that, this is an easy 5. Best app I ever bought.
By sorbs dkrhee. sukeoe s

I got this app solely for the daily planner. I just went through and checked some stuff off (just to see how everything works) and when I got to uncheck it, it says I can’t. I get that they want people to feel accomplished but what happens if I check something off by accident? Maybe make it ask “are you really sure you want to do that” or something but don’t make it so you can’t do it at all. I’d rate 5 stars if they fixed this.
By Coudy J

This app looks amazing and I would love to try it. But there’s no free trial option, nor an option to pay monthly. I just can’t justify over $60 on an app I haven’t even been able to try. I would purchase a monthly option, or at the very least consider if it I could get a free trial to really see what I would be paying for.
By LaurenEPF28